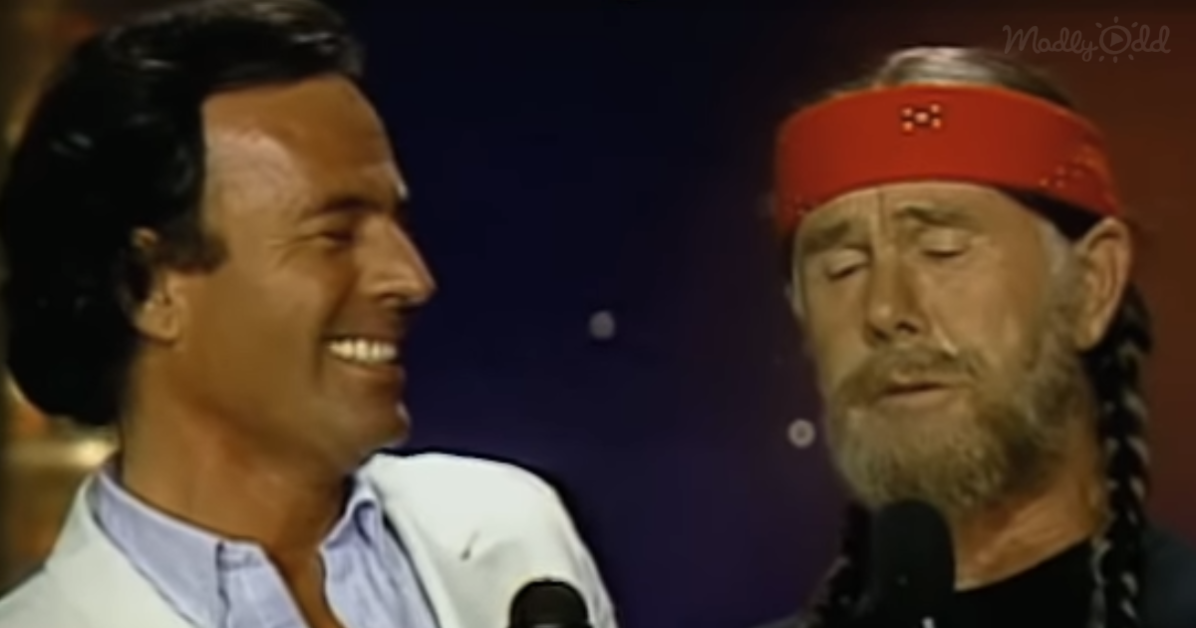 The best late night host of all time.

This specific episode aired on June 21, 1984. Host Johnny Carson made a very memorable impression on one specific guest that night – the beloved Spanish singer and songwriter Julio Iglesias. It’s surely a night he never forgot. 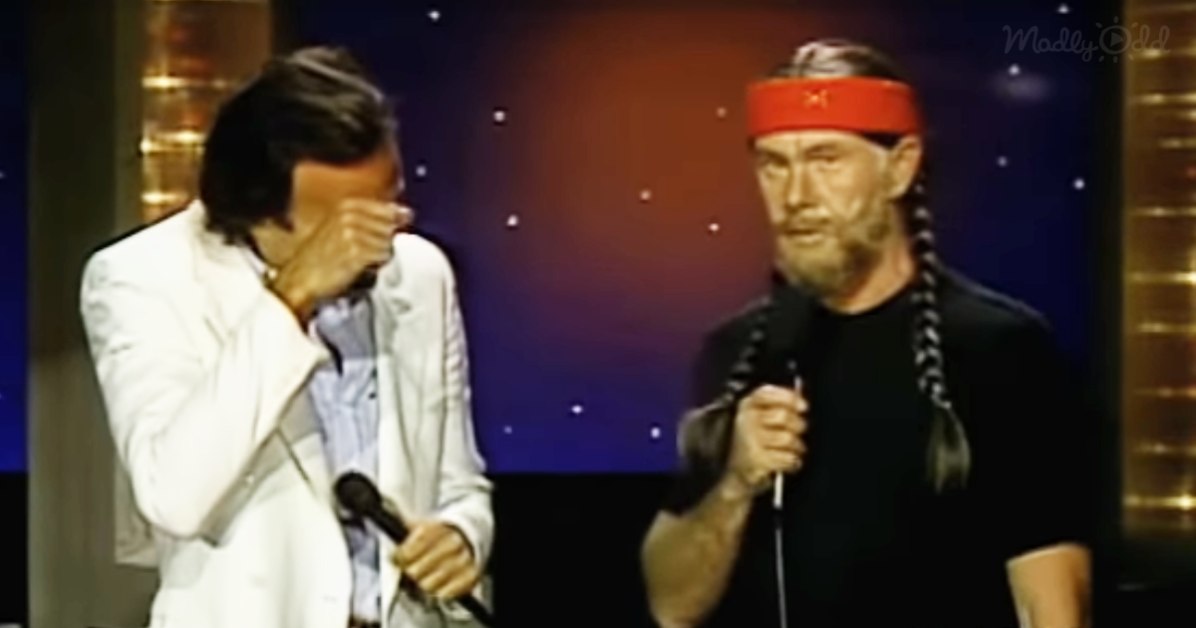 Julio Iglesias has been credited as being the most commercially successful Continental European singer in the world. Having sold more than 250 million records worldwide (in 14 languages!), he stands in the group of the top ten best record sellers in music history. Since 1969, the megastar has released over two dozen albums!

When this episode was recorded, Julio was only forty-years-old. Dressed in a casual white suit, he stood on stage and told the audience that he would be singing a duet with none other than the legendary country singer Willie Nelson. While it was a bit of an odd collaboration, the viewers were curious to see how well they would sing “For All the Girls I’ve Loved Before.”

Willie joins Julio on stage in what seems to be his normal attire – jeans, t-shirt, red bandana around his forehead, and hair in long side braids. The audience cheers as he takes the microphone handed to him and starts the song off. In a twangy voice, ‘Willie’ starts singing, and the crowd immediately begins to chuckle. A bit surprised, Julio tries very hard to keep a straight face.

When Julio takes over, he sings the beautiful melody with conviction and grace, despite the laughing that was starting to take over the audience. He stands closely with ‘Willie’ and interacts with him as the duet goes on. Despite the flawless vocals from Julio, Willie’s vocals were far from that. This only made the audience laugh even harder.

You see, the funny thing about the performance was that this singer wasn’t Willie Nelson at all, but Johnny Carson himself dressed as Willie. While Johnny Carson wasn’t necessarily known as an impersonator, he did a downright impressive job looking and even sounding like the iconic country singer.

It must have been so hard for the two men to keep a straight face during this whole song. This is just another example of how funny Johnny was and how professional Julio was.

Share this nostalgic blast from the past with a friend who will remember those good old days.