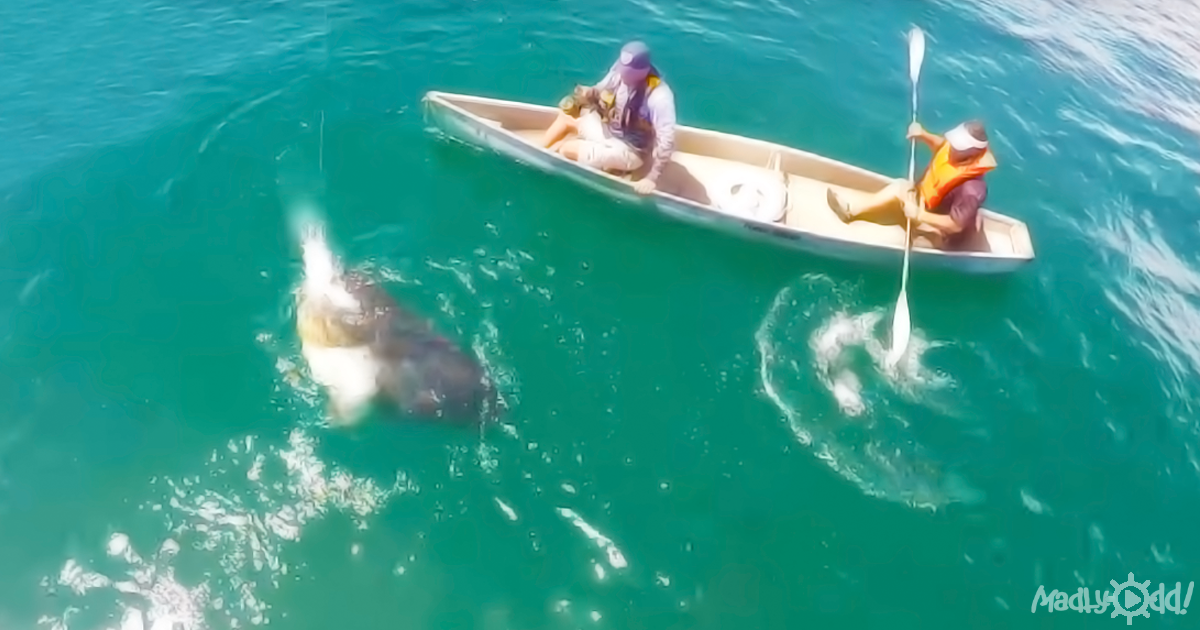 Have you ever heard of the concept “Sea Monsters?” The concept of sea monsters has been juggled around by some nature programs. I remember the first time I heard it; I thought that they would be actual monsters. You know, like from comic books and stuff? But what the term usually means is sea creatures that are bigger than you would think, but that are not “real dinosaurs.”

The fishermen in this video have a heart-pounding experience with a monster from the deep. Having set out off the east coast of Florida, these boaters brought along a kayak with them to do some closer-to-the-action fishing. Boy, did they get action. 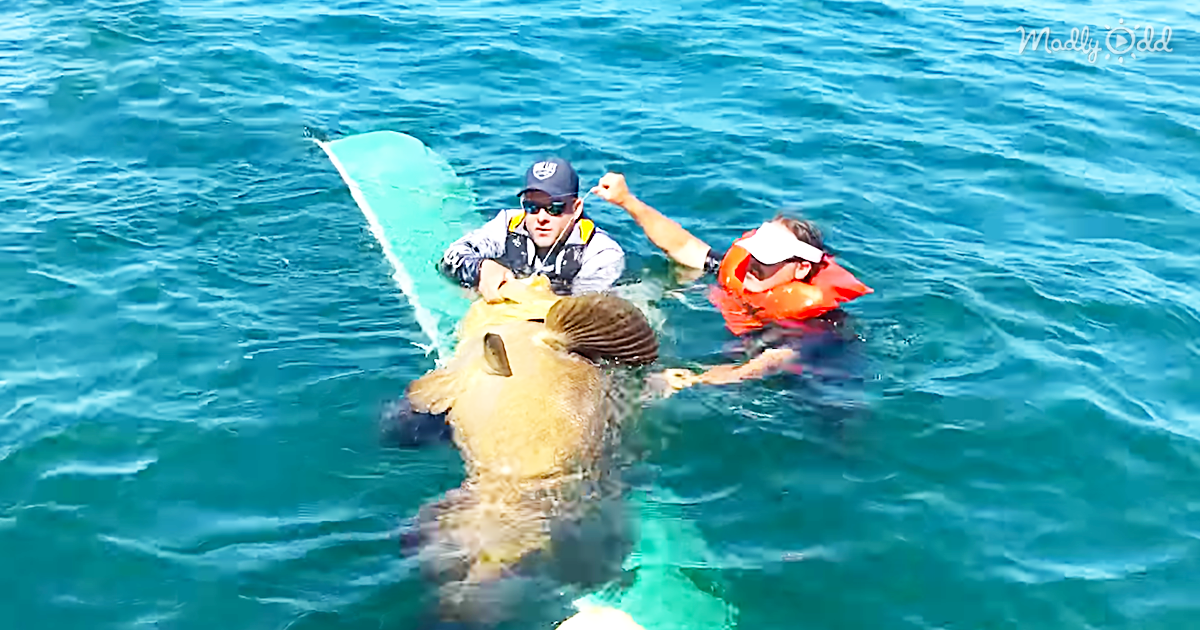 The kayaker at the front has his line in the water, and he has caught something huge. Filming from the boat, one of the men hollers out that whatever it is, it is huge. ‘It’s a thousand-pounder!’ he shouts. Now is a good time to mention that the men on the boat have also called out that there are four sharks following the guys in the kayak.

There is SO much more to the fishing adventure in the video; it would be a shame to spoil it. This is a must-see but, please, watch it sitting down – there is more than a fright or two to come. I was on the edge of my seat for parts of this video; I can’t imagine what those men were thinking.