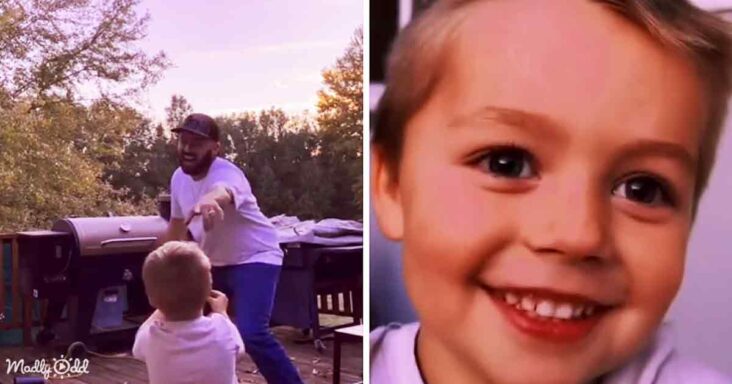 Kids are so adorable, especially when they fondly look up to their parents and express their innocent feelings toward them. Recently, a loving father shared a heart-warming moment online about his son’s expression while he looked at the father. 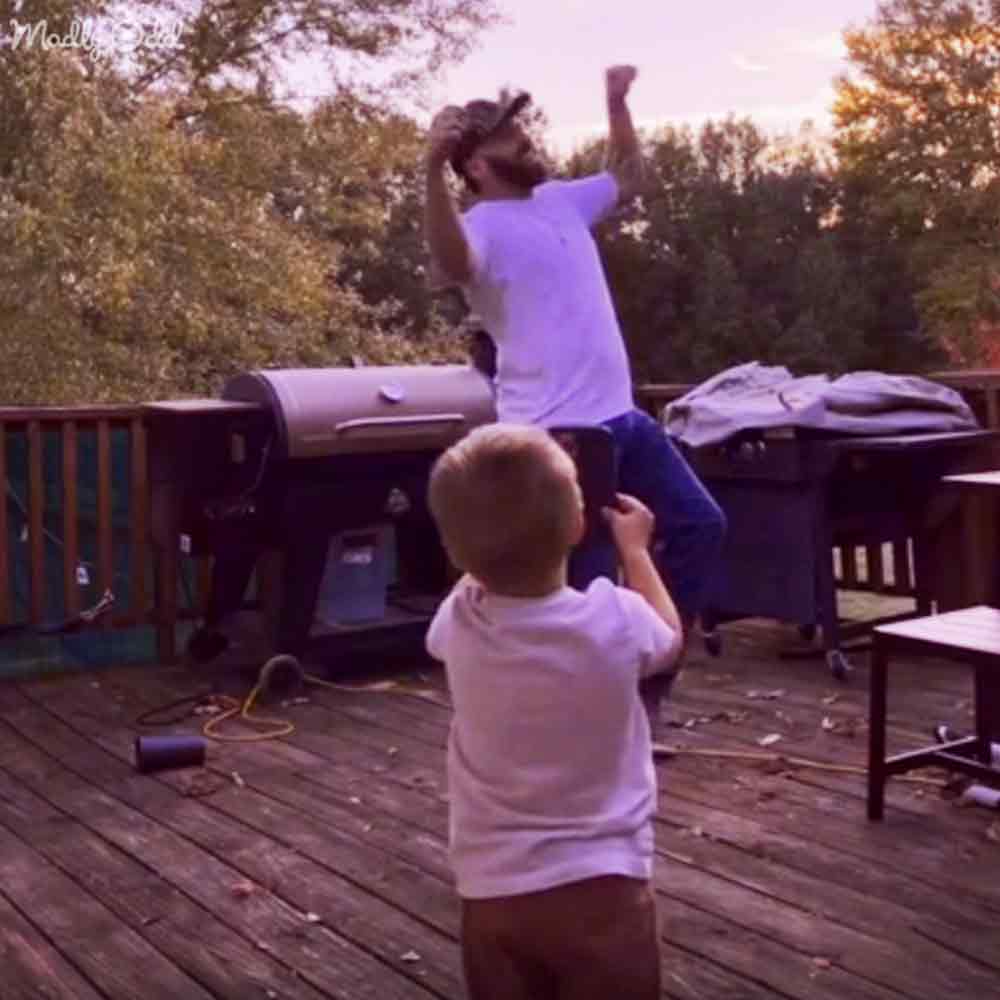 The innocent little child did not realize that he was unconsciously expressing his unadulterated feeling toward his dad. The little boy tried recording his father’s dance clip on the phone.

He thought he was recording his playful father dancing to Taylor Swift’s “Love Story.” However, somehow, accidentally, the front camera started to capture the adorable moment where he recorded himself. 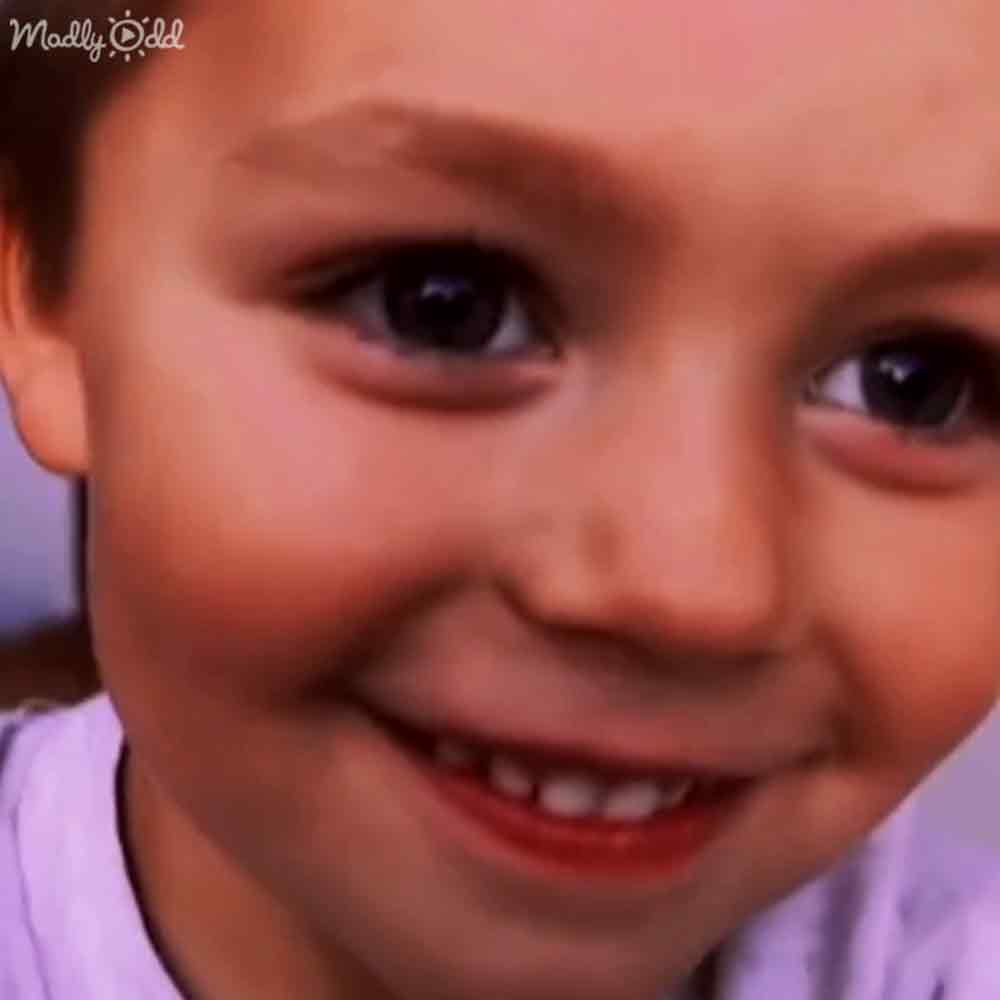 The father had apparently asked his little one to film his dancing, and the toddler did what he was asked to do. However, as the phone cam switched over to the front view, the boy was found smiling.

He was absolutely awe-struck by his dad’s outstanding performance and looked at him with content in his eyes. He absolutely enjoyed his father dancing to the beautiful song by Taylor Swift. 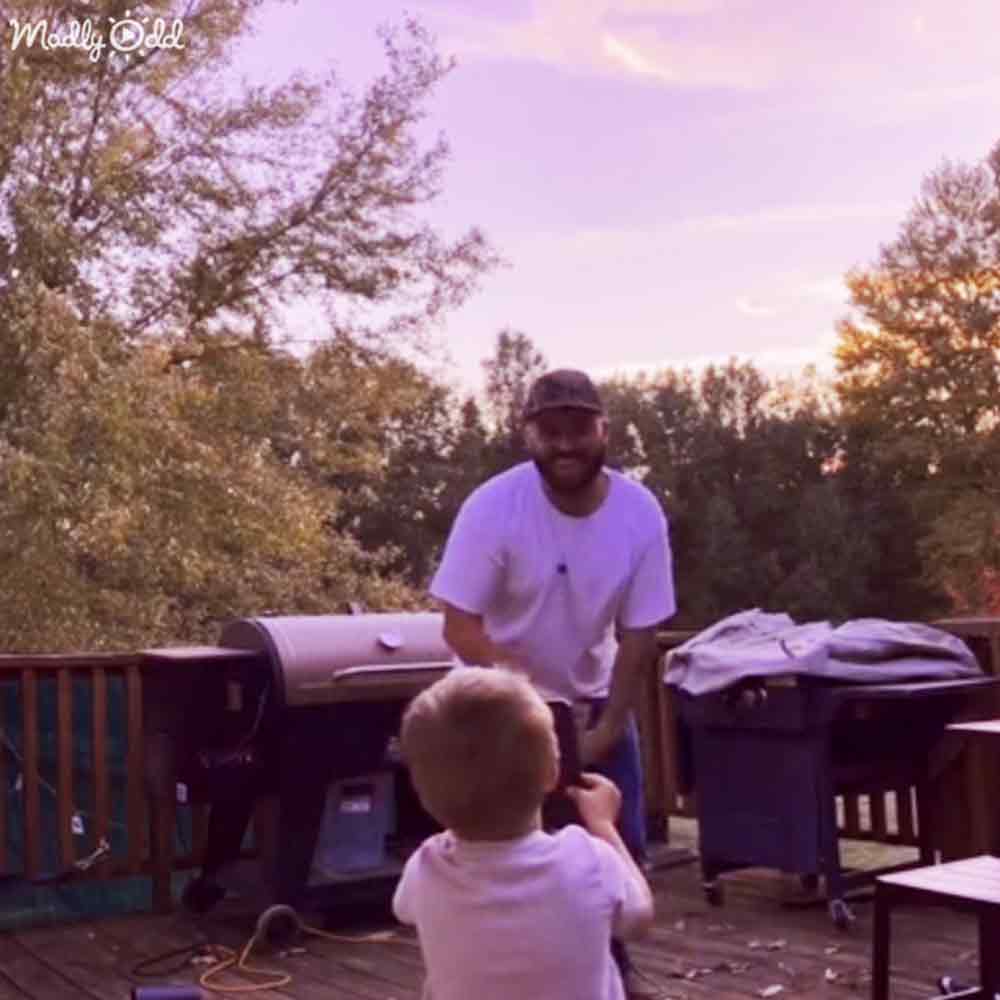 The father and son spent time together on the terrace when the former decided to dance. It was a fun dance, which was only meant for his little son. The way the boy held the phone was so adorable, and the look of joy and adoration was very pure and innocent.

Many netizens commented telling the father to cherish these younger years with his child because that is what parents will look back to when they grow up and move out to live their dreams. 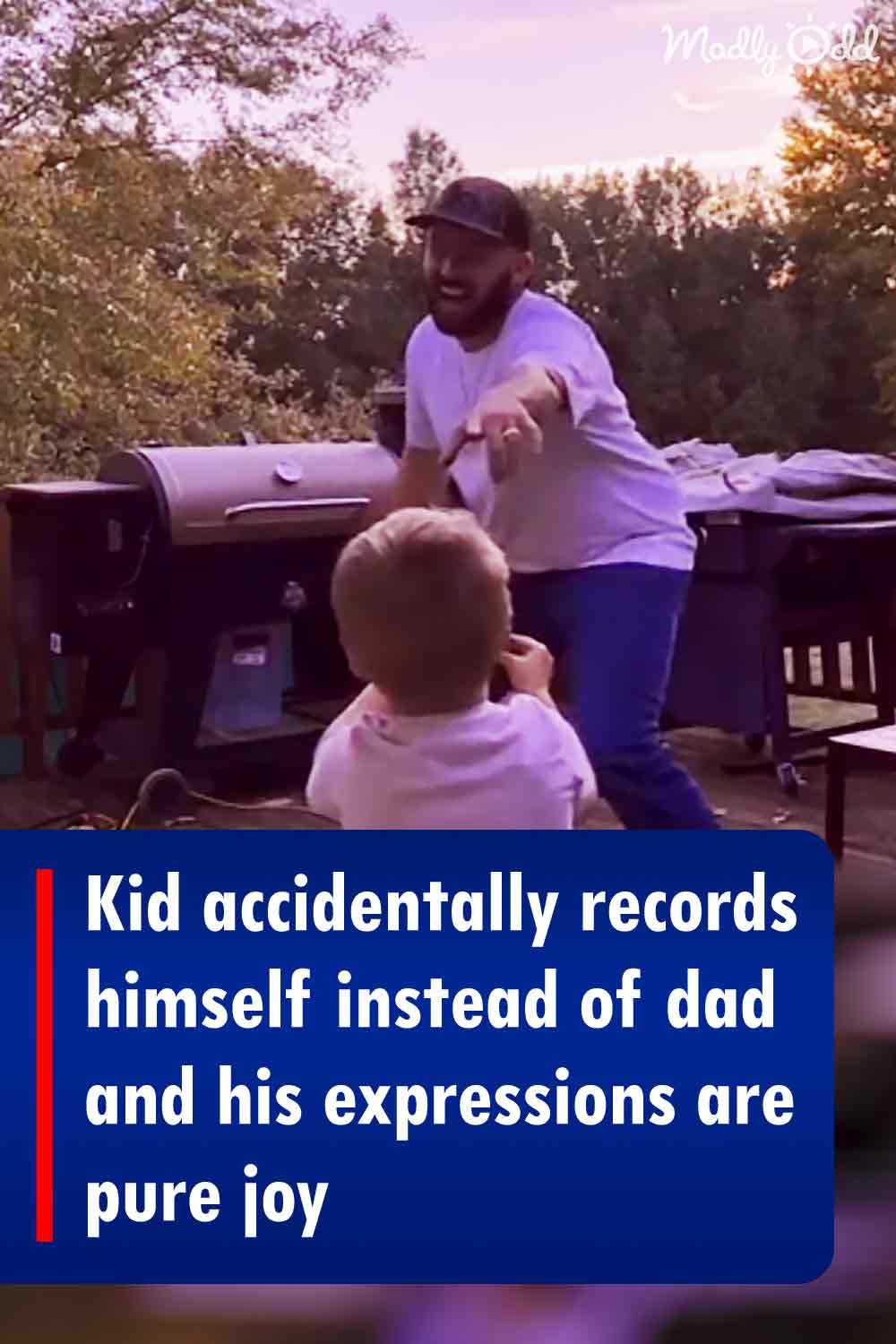