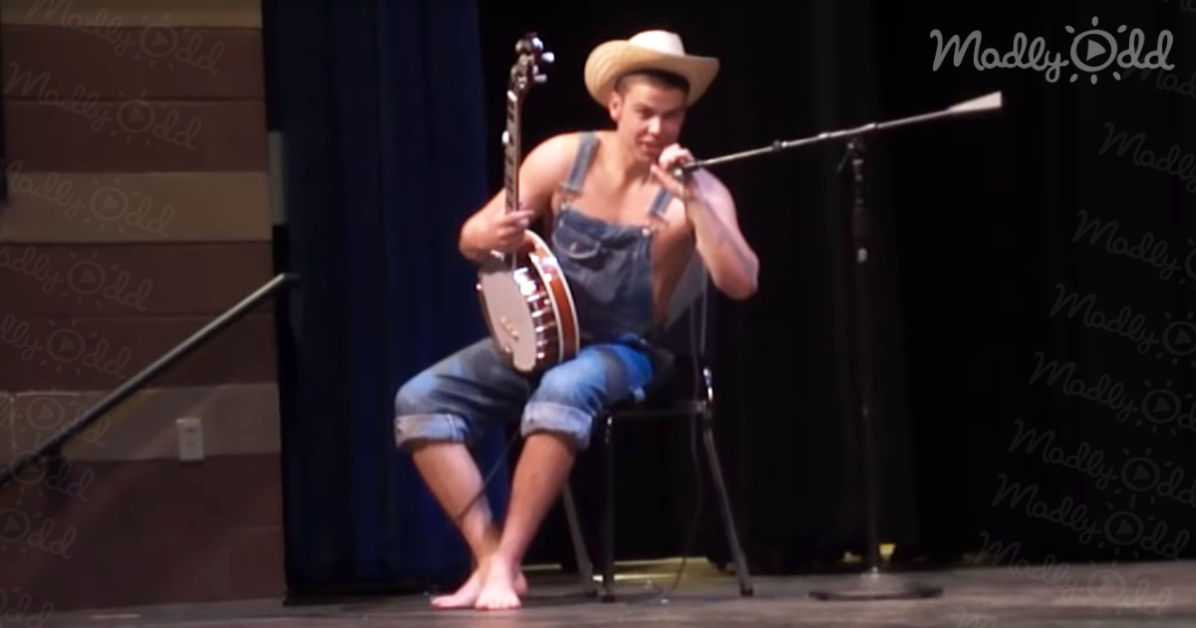 One of the staples of particular types of country music is the banjo. Once it starts playing, it’s hard to not want to stomp your foot up and down to the beat. A skilled player can use it almost like a drum to guide the rhythm. There are some groups out there that still have prominent banjo players. While the kid that we see in this video is far from a professional, he holds his own quite well.

The kid, whose name is Joel, that strides on stage, playing his country boy part to the hilt, with his straw hat, overalls with no shirt and a strand of hay sticking out of his mouth.

Once he gets the first notes going, though, the audience realizes that he’s really good and cheer. The first song that he does is called “Cripple Creek” and the second one is “Foggy Mountain Breakdown”.

This is from a high-school production, it seems, but this kid has practiced a lot to get to where he is now. Perhaps he’ll be a country music superstar in a few years. This kid though did a fantastic job of playing it. As it is, he deserved that ovation that he got at the end. Best of all? Joel won first place. Congratulations, son.

For all you young’uns, who don’t know this music, the first song was “Cripple Creek” the second was “Foggy Mountain Breakdown”; two of the most well-known songs in the Bluegrass music genre. If you liked Joel’s performance, share it!