On this day, a pink flamingo float was a welcomed sight for some bored kids stuck at home on a snow day.

In Seattle, there was recently a very large snowstorm which kept the kids out of school.  Bored from being inside, the kids were wanting a new way to slide down a hill covered in snow.  Typically they use trash can lids and those always flip over so they came up with the idea of using one of the large pool floats that they use during the summer. 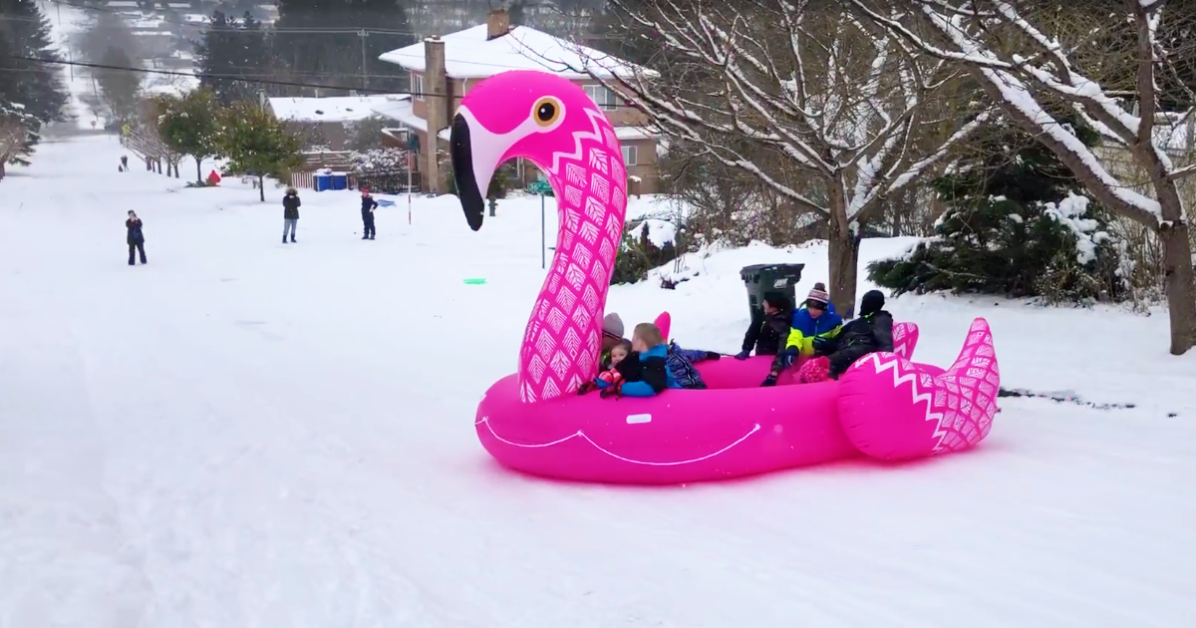 The large pink flamingo float could hold about 10 kids so they jumped in at the top of the hill and got a push-off.  The float slides perfectly down the mill without coming close to flipping over. In fact, it looks completely safe and I dare say, a heck of a lot of fun.

Parents, neighbors and other onlookers are in the video but are filming the action and the kids are on the float holding their hands up as if they are on a roller coaster ride at an amusement park.  The smiles on their faces told the story.  They were having a blast.

Typically this type of float is seen at the lake with a group of friends just floating along while catching the sun’s rays. Who would have thought it would make such a perfect sled, seriously?  This was ingeniously clever.

If you got a kick out of this video, share it with a good friend and give them a chuckle, too.