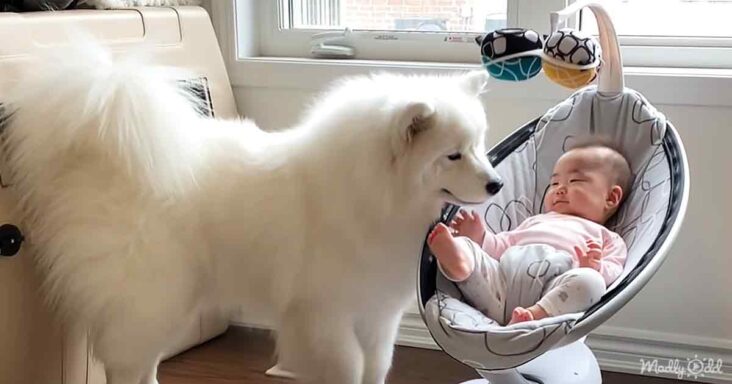 Pet dogs can be the best nannies for toddlers at home. This statement has been proved several times in numerous instances. Recently, a toddler’s father was working on his laptop in the living room. His toddler played nearby, and his two dogs, Mocha and Wooyoo, lay down on the couch with him. Mocha was a mix of Pomeranian and Spitz, whereas, Wooyoo was a Samoyed. 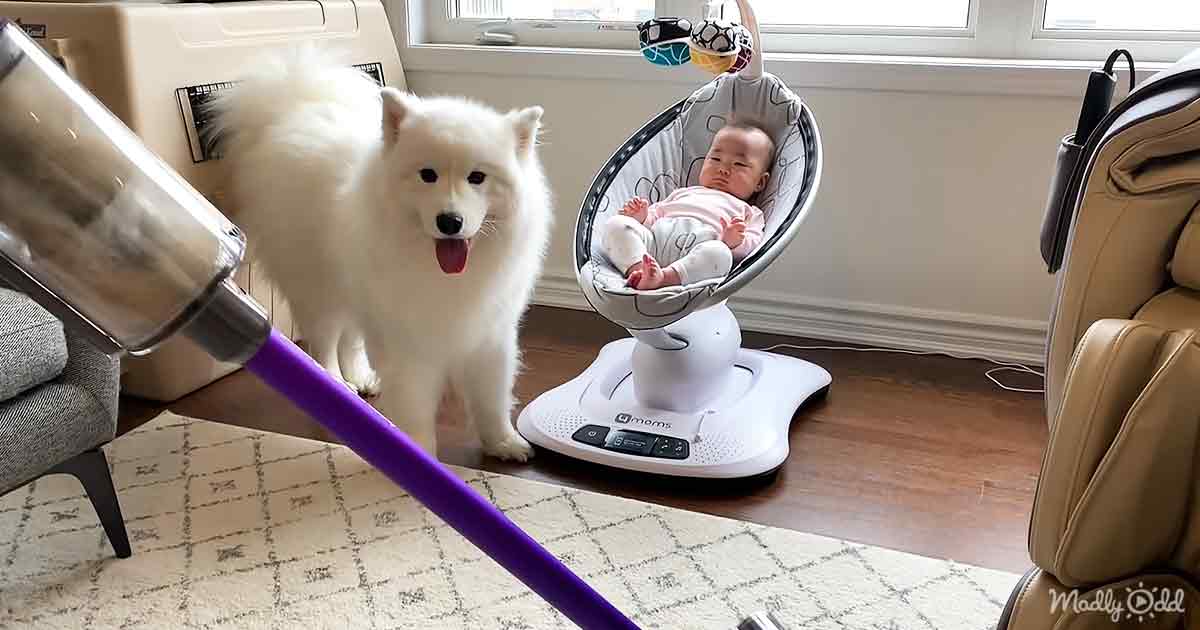 After a while, the toddler’s father wrapped up his work and gave the dogs their favorite treats. Soon he decided to clean the area before his wife returned from outside. He kept his laptop away and picked up his toddler’s toys. The two dogs sat all the while on the couch, watching his activities.

He kept the pillows in their proper places and sat down near his toddler to watch her play. He also rubbed Wooyoo’s belly in the meantime. The dog licked her owner’s hands in happiness, and the toddler started jumping gleefully in her walker. 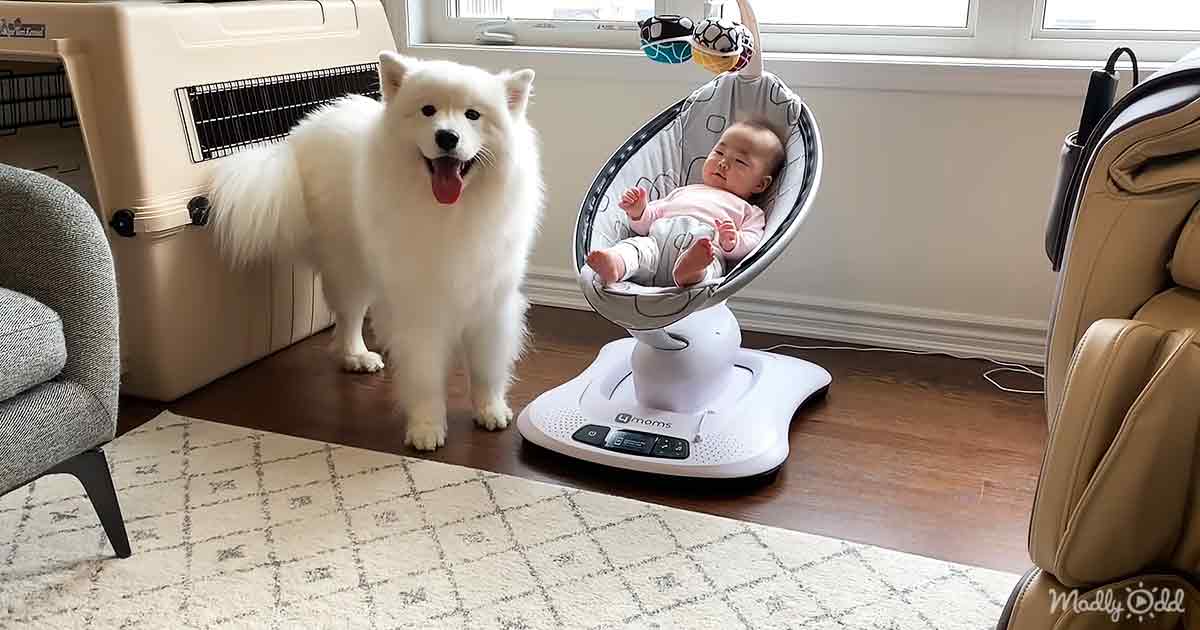 Soon, the father decided to vacuum the room. He picked up his baby, placed her in the automatic baby swing, and strapped her securely. Wooyoo went a safe distance away when he started vacuuming the couch. Mocha was resting on the couch’s backrest and ran away when he saw the vacuum coming closer to his body.

While the father vacuumed the room, Wooyoo stood next to the baby as if protecting her from the vacuum. Mocha was also worried about the baby and returned to check on her after a while. Sensing that the toddler was safe, Mocha soon left the spot. 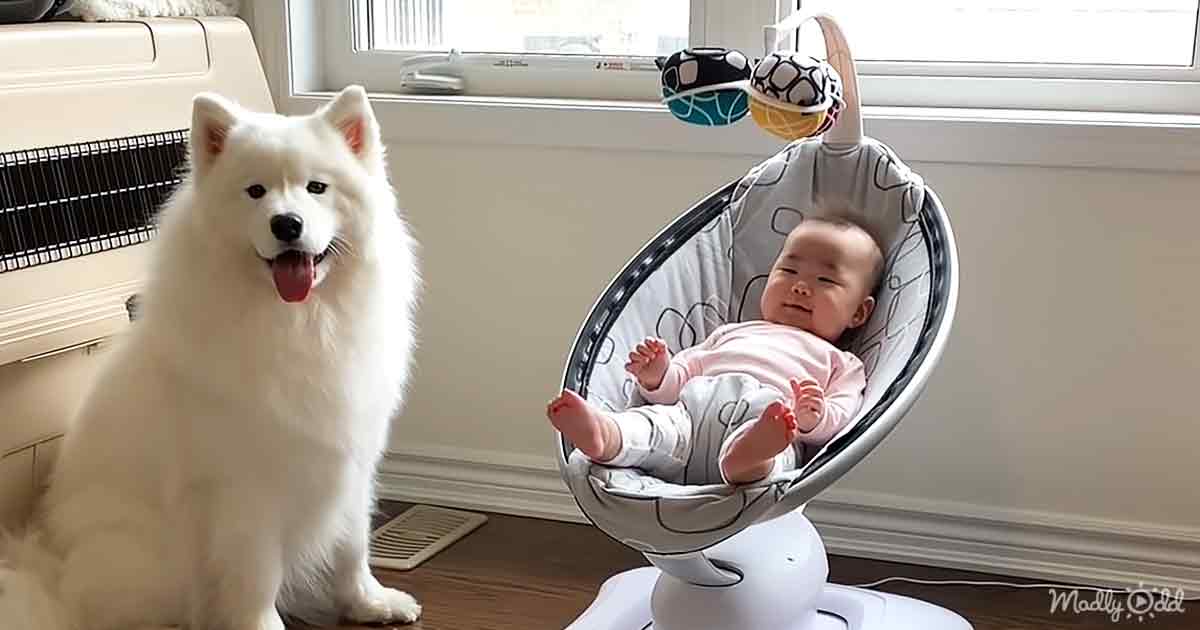 The vacuum cleaner is every dog’s enemy. Despite fearing the machine, Wooyoo stood beside the baby, safeguarding her. The dog kept a close eye on the device to ensure it didn’t come near the baby. The father assured the dog that the toddler was safe and the vacuum would not do anything to her.

After vacuuming, the toddler’s father returned to the couch and gave some more treats to the two dogs for being so good. He was also happy that Wooyoo overcame her fear of the vacuum and protected her sister. 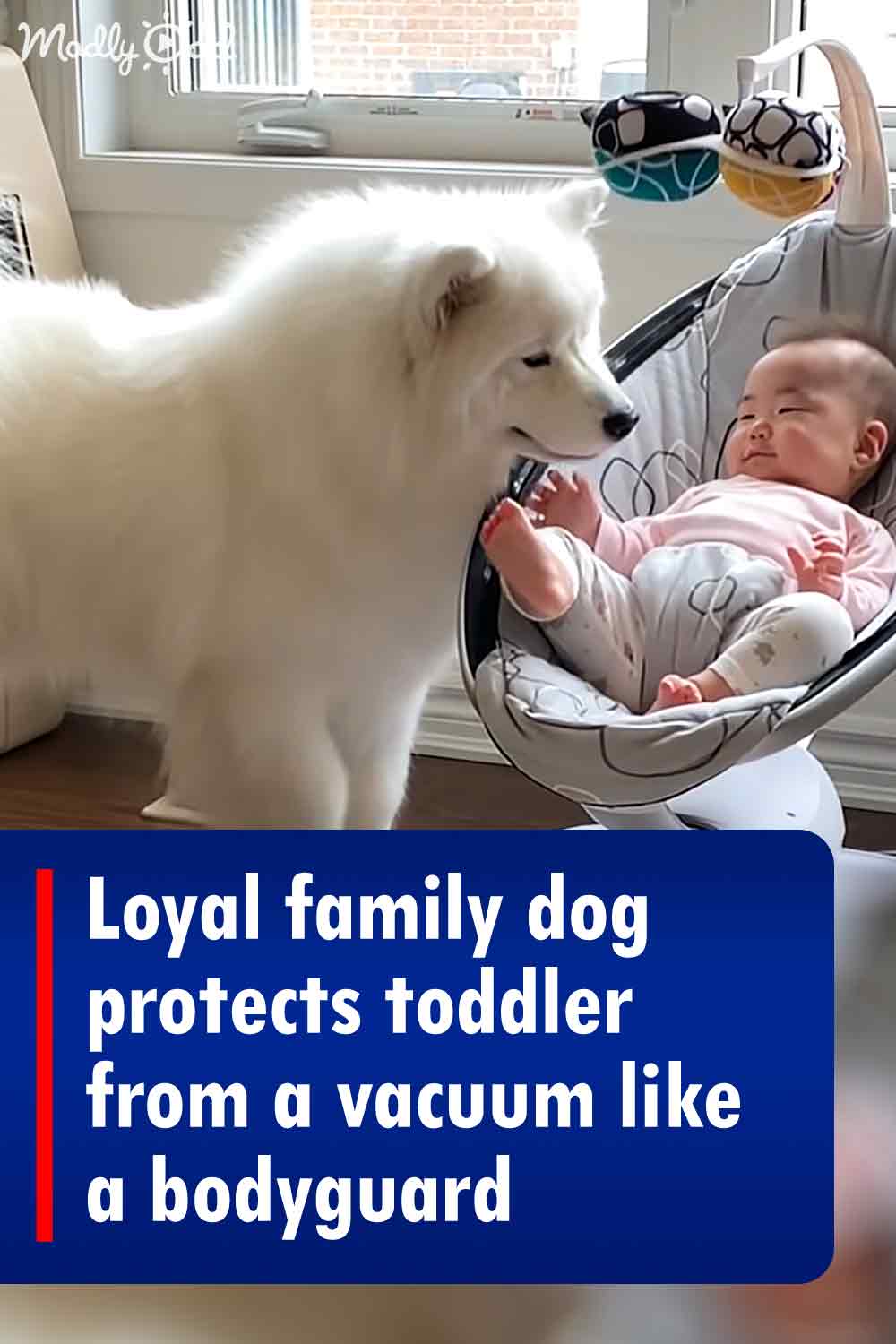