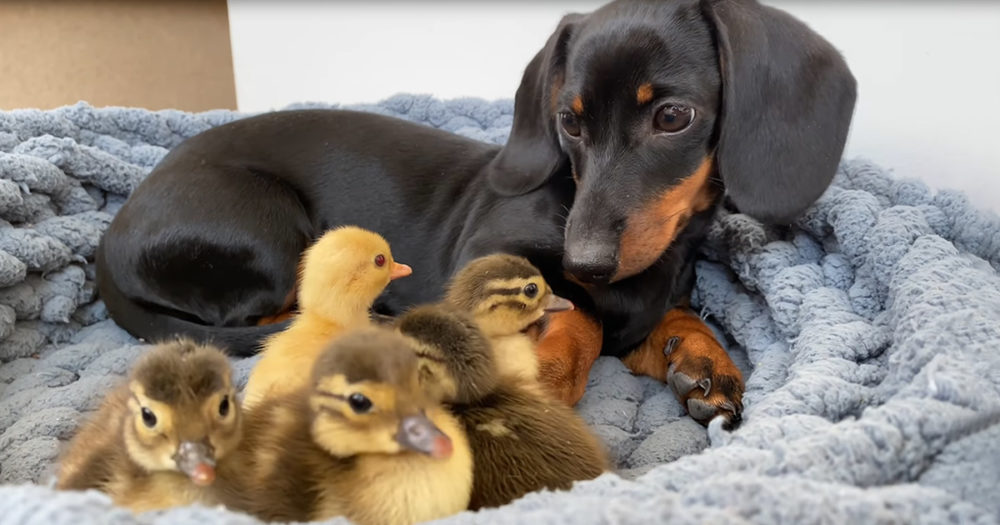 There are many famous animals on the internet, thanks to adorably viral videos. A Youtube channel called LouLou and Friends is home to a charming Dachshund puppy named Coco. In a recent video, Coco meets some new buddies.

The dog’s owner films a breathtaking scene where five Mandarin ducklings are hatching right before our eyes. It’s fantastic to see the ducks come from right out of the shell to waddling around by Coco.

Filled with curiosity, the precious pup looks at the ducklings with a mesmerizing gaze. The two-footed cuties stomp around the Dachshund’s bed, and at one point, they give her a little chase.

It doesn’t take long for Coco to chase the fluffy babies back and gently play with them. After a while, they all cuddle together. It’s safe to say that Coco has made five new best friends, and it couldn’t get any cuter. 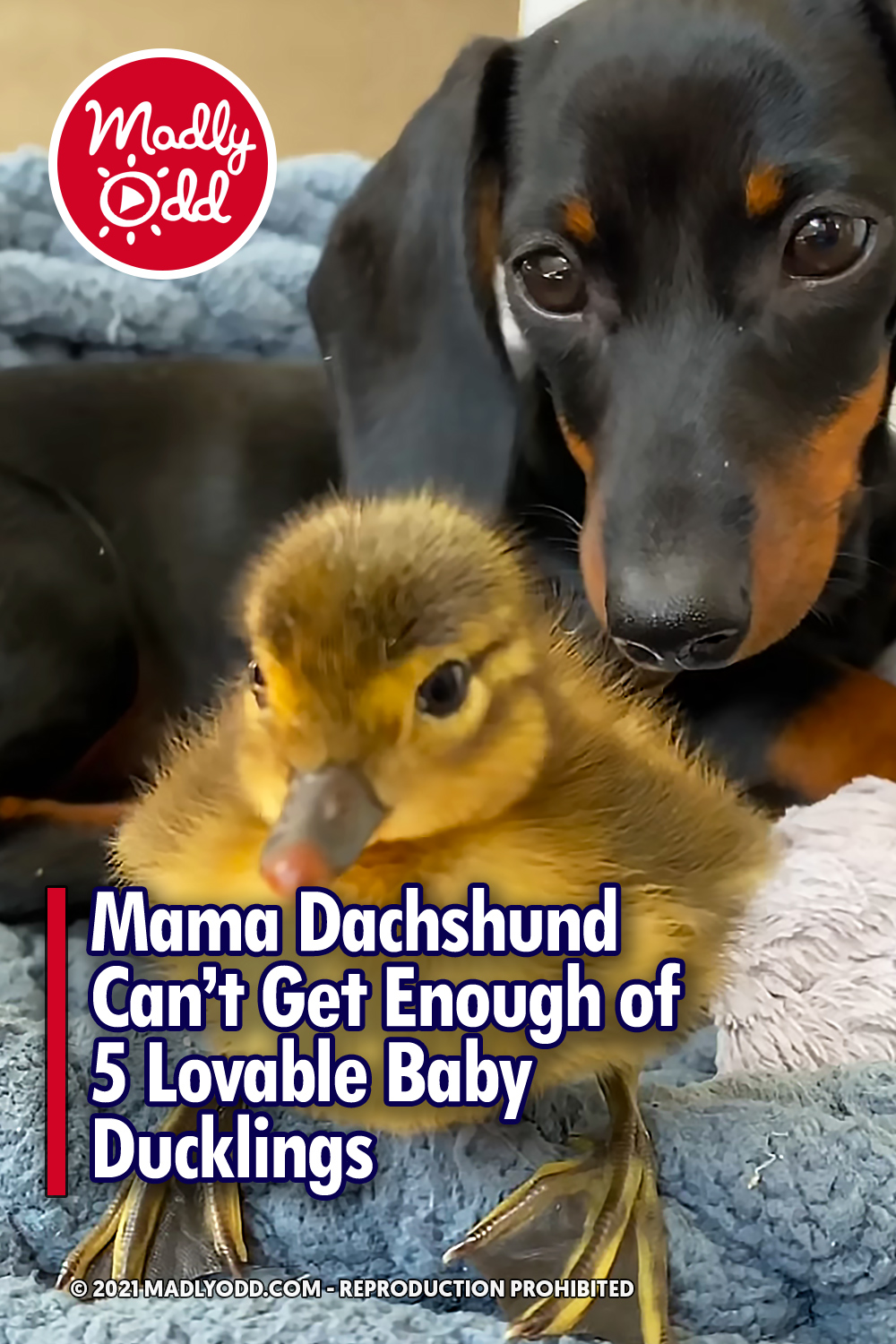