Cats are grace, elegance, and good looks incarnate. They spend most of their time getting their beauty sleep, and when they are awake, they’re often busy attending to their fur, making sure everything is just so. When a cat fails at gracefulness or its good looks are compromised, the mortification is written all over the cat’s face. This might happen when a good jump goes terrible or a cat tumbles into a bathtub full of water.

Monty is a great cat who spent a long time at the animal shelter waiting to be adopted. There was nothing wrong with him… Alright, he is a bit strange looking. Because of a genetic defect, Monty is missing the bridge of his nose. Consequently, there’s a large, flat space between his eyes, creating the illusion that they’re much further apart than average. Take a look at the video we’ve posted below, and you’ll see what we mean.

As Monty’s human dad explains, “Monty is a special little cat born with chromosome abnormalities and adopted from an animal shelter when he was three years old. He is very gentle, and he is not afraid of anyone or anything he loves attention. By raising attention to the fact that looking different doesn’t mean you can’t be fantastic, Monty has now become an ambassador for animals and humans worldwide who may not look perfect in everyone’s eyes. He is also promoting shelter animals and spay and neutering as a solution to all the homeless animals in the world.”

As you’ll see, this bizarre-looking cat is a genuinely wonderful pet. He and his human dad have a sweet bedtime ritual: when you look at Monty snoozing on dad’s chest, your heart will melt!

How do you like Monty, the odd-looking but adorable cat? Have any tales of great pets who looked a bit different? Let’s hear from you in the Facebook comments and don’t forget to like and share! 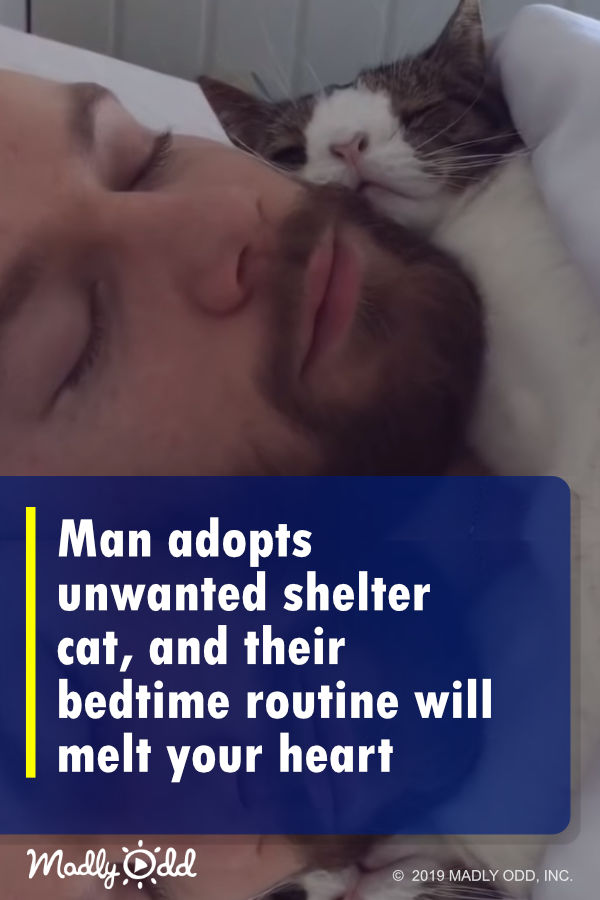