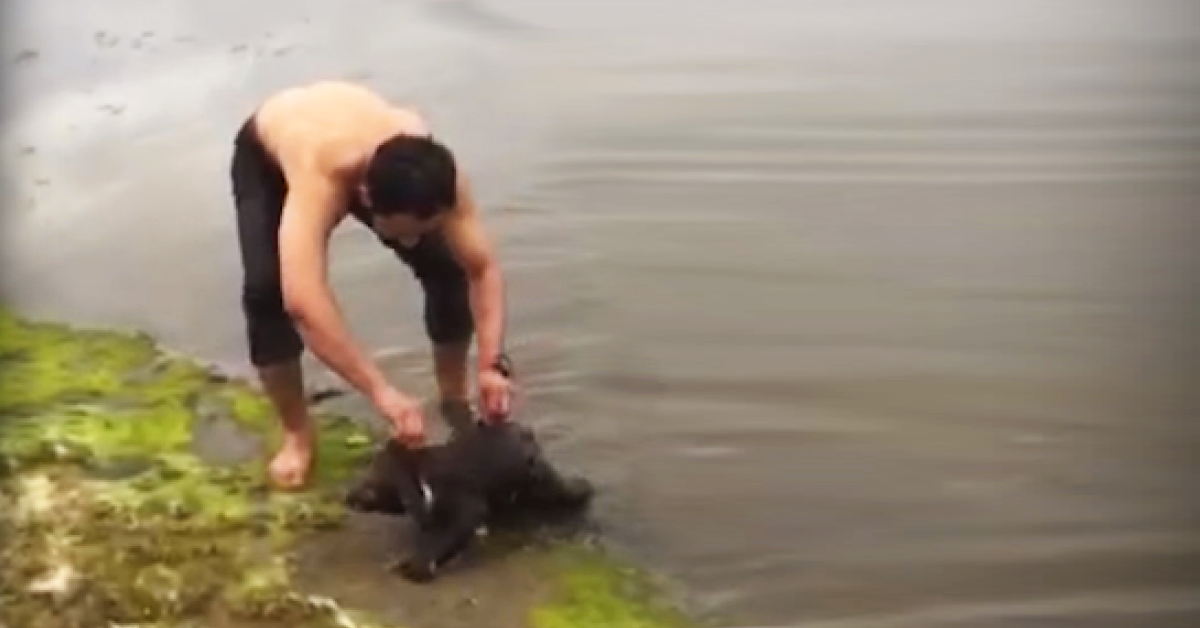 There are very few places in our modern-day world where you can truly experience nature completely, with all the trees and animals roaming free in their natural habitat. One of such sites is Australia, land of kangaroos and koalas…

With such scenic beauty, you can imagine what it would be like to ride your bike down those magnificent outback roads with all those stunning vistas.

Many don’t have to imagine. This man was riding his bike in Australia’s Great Victorian Bike Race when he noticed something odd in the water. It wasn’t a log, nor was it a dog, but it was moving, and he knew he had to get closer.

To his amazement, he was shocked to see a poor baby koala struggling to keep his head afloat. Apparently, the poor thing had misjudged the depth of the water and had gotten confused, and eventually disoriented to the point of almost drowning.

This man refused to ignore the poor baby’s struggle. Not knowing what could happen as he got closer to the disoriented koala, his friends warned him, “Don’t let him scratch you…” — a valid warning considering koala’s, even baby koalas, have razor-sharp claws.

A koala who’d gotten himself in over his head while traversing a river in Australia was pulled to safety just in time – all thanks to the quick thinking of a man who refused to ignore his struggle.

Finally, he managed to get the koala to dry land. Luckily, another individual called the wildlife officials to make sure the poor baby got the proper treatment and care he needed until he could be released to a sanctuary.

This stranger’s heroic gesture only took a few minutes; it changed this koala’s fate forever for the better. “It was amazing saving a life, it felt beautiful,” Patel later told the Bicycle Network. “The lady who spotted him was crying after she saw that the koala had been saved.” 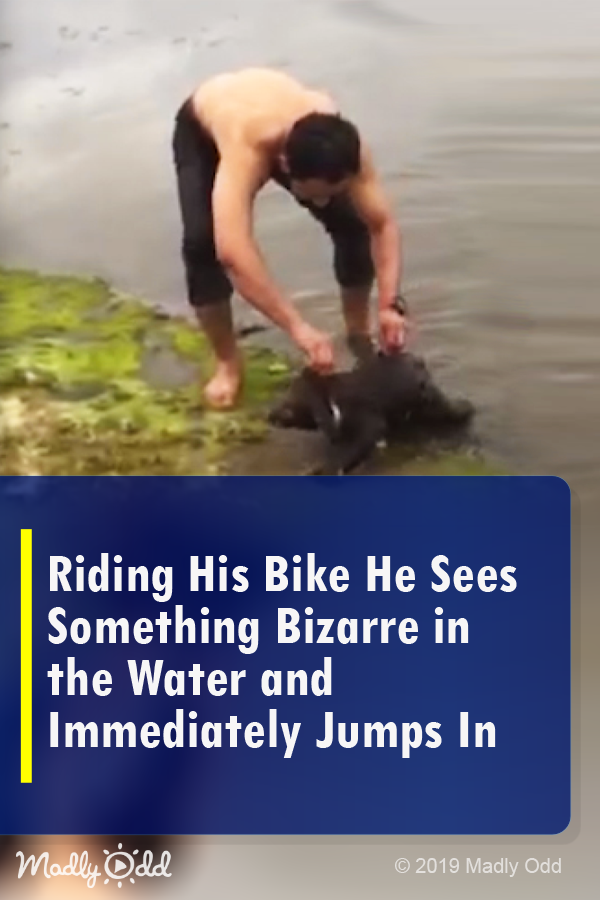