Eight-year-old Ryley and her 5-year old sister could hardly hold their excitement during a trip to Costco with their mom when they met a cashier that looked like Maui — the beloved character from the Disney movie Moana. 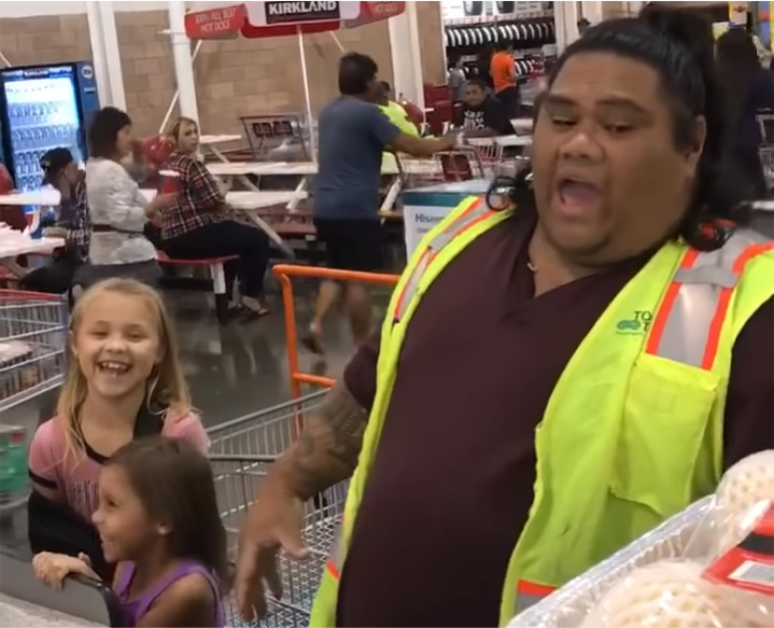 As soon as they got to the check-out lane, the sisters begin jumping up and down excitedly as they exclaimed, “That’s Maui!” You can see the joy in their faces. 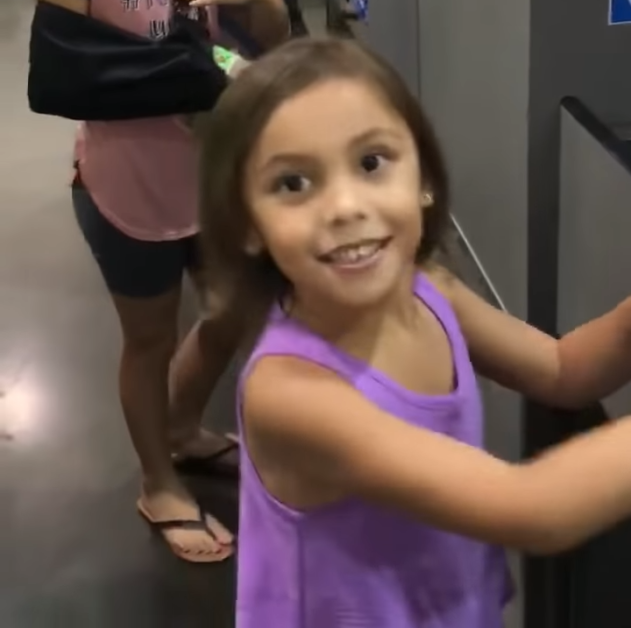 The cashier, William Va’ana, played along more than nicely. He stayed in Maui character while doing his job and really played the part when he invited the girls to stand beside him and yell the  Disney character’s signature catchphrase — “Chee-hoo!”

The girl’s mom said, “It brought so much joy to my face to see how excited the girls were. Before I could get my phone out to video, he had already let out a loud ‘chee-hoo.’ And the girls lit up even more. ”

She said the kids go to Costco often with their father and are always happy to see Va’ana. “Now, each time my daughters come to Costco, they search for the ‘real life’ Maui. Every time he sees my daughters, he yells out to them with a ‘chee-hoo!’ and they love it.”

You can hardly blame the sisters for thinking the Costco employee was their hero, voiced by Dwayne ‘The Rock’ Johnson. He does bear a remarkable resemblance to the Disney character.

And true to form, William didn’t hesitate to play along and perform Maui’s signature call. Bless him! The world needs more big-hearted people like that. What a fantastic attitude. Just roll with it and have fun!