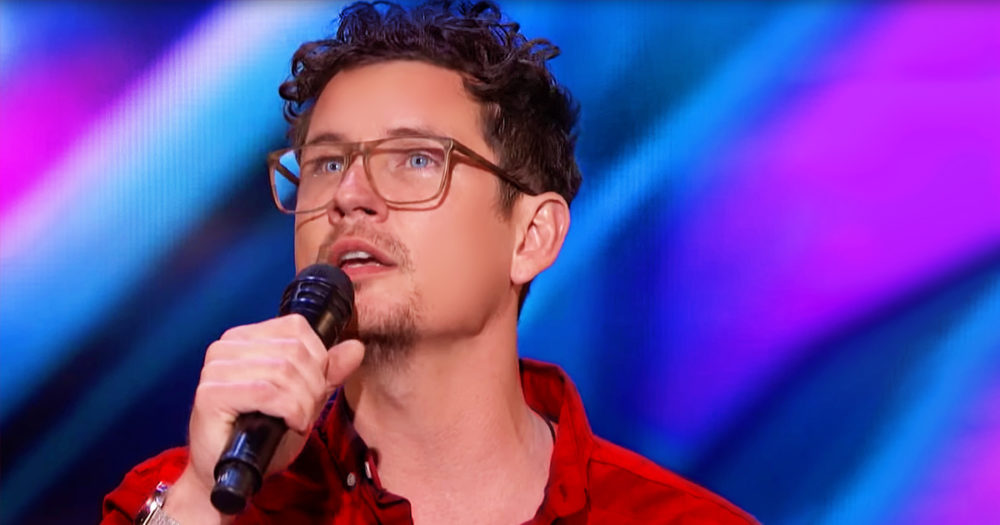 Michael Ketterer had a dream to sing on ‘America’s Got Talent’ for his six foster children to let them know just how he felt. His dream came true on Tuesday — and so much more — sending him to the next round of the competition after Simon rang the famous Golden Buzzer.

Ketterer, originally from East Tennessee, but now living in Orange County, California, confessed to the panel that being a foster parent has been the best thing of his life and he wanted the whole world to know it. That is why he sang in front of millions on TV, so his children could know just how much he loves them.

“When you’re surviving, you can’t dream. And that has been one of the most rewarding things, is providing them with a home and a safe environment, where they’re free to dream,” Ketterer proclaimed on air. “And so I’m here because I want to show them that if their dad can live out his dreams, then nothing is impossible for them.”

With his wife and six beautiful children proudly looking on as the timid dad started to sing, the whole audience was in wonder as he brought the house with a moving rendition of The Bee Gees’ 1967 classic “To Love Somebody.” The judges thought his choice was perfect! There was not a dry eye in the house.

Simon Cowell (do I detect his voice was wavering) had a bemused smile fixed on his face as he sought for the best words to compliment the performance.

With that, Simon rang the Golden Buzzer, which means Michael Ketterer automatically goes to the next round — a foregone conclusion made by any one person who saw his outstanding performance.

Each judge gets one shot at the Golden Buzzer per season and this was the second Golden Buzzer of Season 13 after host Tyra Banks used hers to send an Australian dance group on to the live round last week.

Simon got walked over to Ketterer said, “Let me tell you. Something about your voice — I genuinely mean this — is special,” Cowell said. “And everything was perfect. You deserve that.”