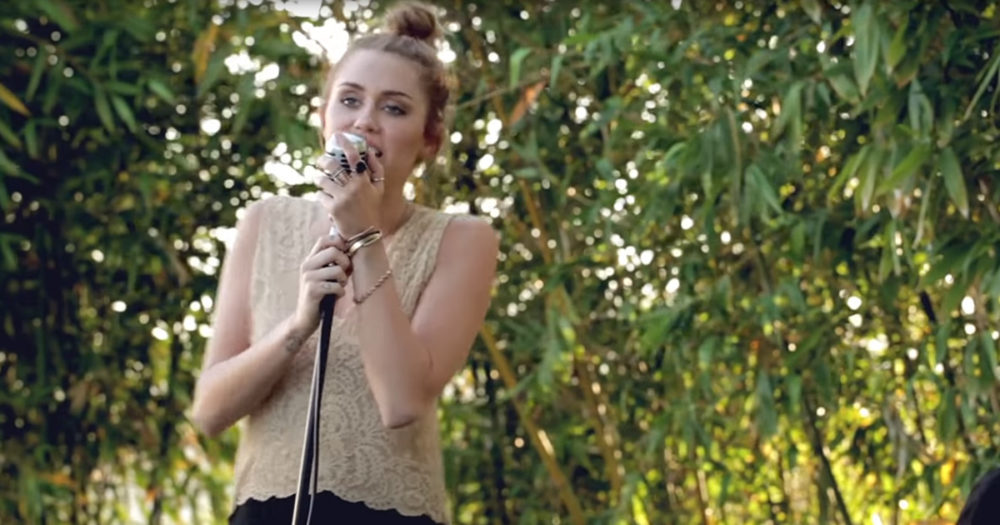 One of the most popular pop stars in the world over the last decade has been Miley Cyrus. Stemming from the famous roots of her father, Billy Rae Cyrus, Miley is known for her impressive acting and singing abilities.

Not only is her family in the limelight, but her godmother is none other than Dolly Parton. The country superstar is wildly known for her hit song, “Jolene,” and many have covered it since it was released in 1973.

Cyrus wanted to bring honor to her godmother and decided to perform a live version of the song. During a beautiful Backyard Session, the Tennessee native dawning a flowy dress belted out the legendary Dolly Parton classic.

No one expected Miley to sing the song with such grace and intimacy. It sounds as if she believes what she’s singing and has experienced the pain behind the words first-hand. Dolly loved the performance so much that the two have since recorded a duet of them singing “Jolene.”