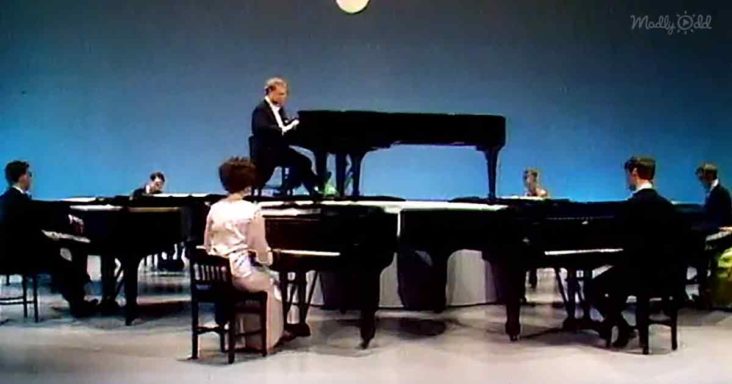 Ed Sullivan had many pop stars on his show over the years. He also enjoyed inviting classically-trained performers to dazzle his audiences. In quite possibly the most impressive piano display ever on TV, Eugene List thrills the audience with his playing on a 1970 broadcast. 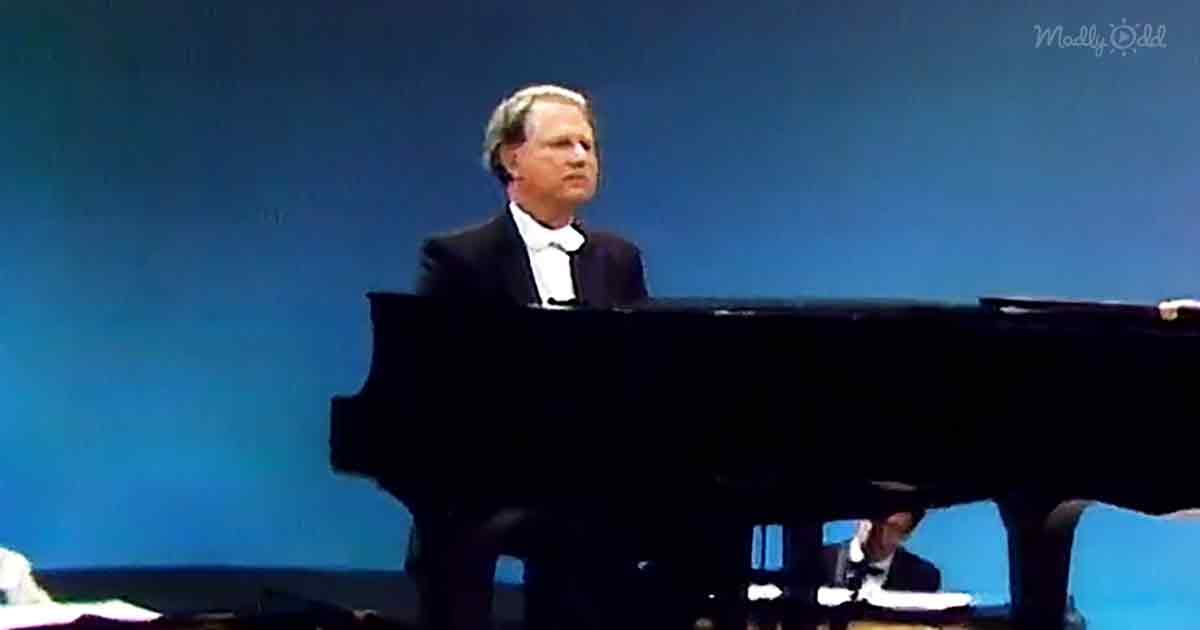 Eugene is elevated on a platform 8 feet above the floor. He is surrounded by 9 other grand pianos that form a circle around him on the floor. All 9 pianists play along with him, leaving space for Eugene to play particular parts solo.

Every one of the fantastic performers is dressed in a tuxedo or evening gown. It is an amazing sight that features 10 pianos playing in perfect unison with power and speed! 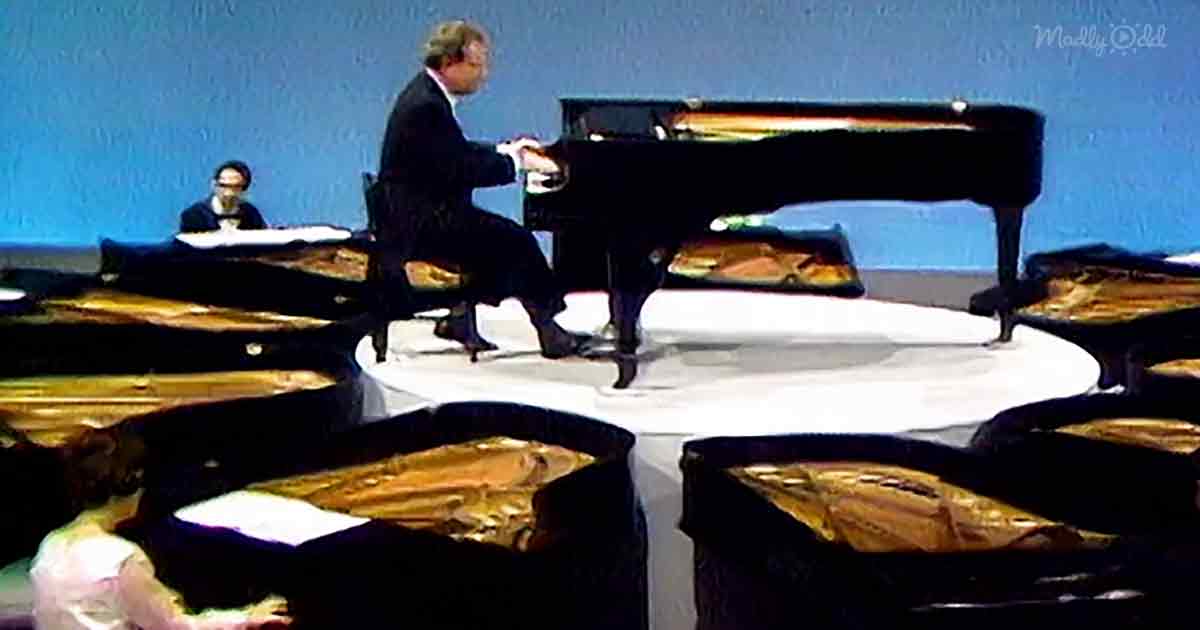 The group performs ‘La Jota Aragonesa, Op. 14.’ The song was written in 1852 by Louis Moreau Gottschalk in the piano-friendly key of E-flat major. This is considered a classical piece of music from the ‘Romantic’ period.

Eugene List was born in Philadelphia, Pennsylvania. He was a child prodigy who performed with the Los Angeles Philharmonic at the age of 12. Eventually, he trained at Juilliard in New York. 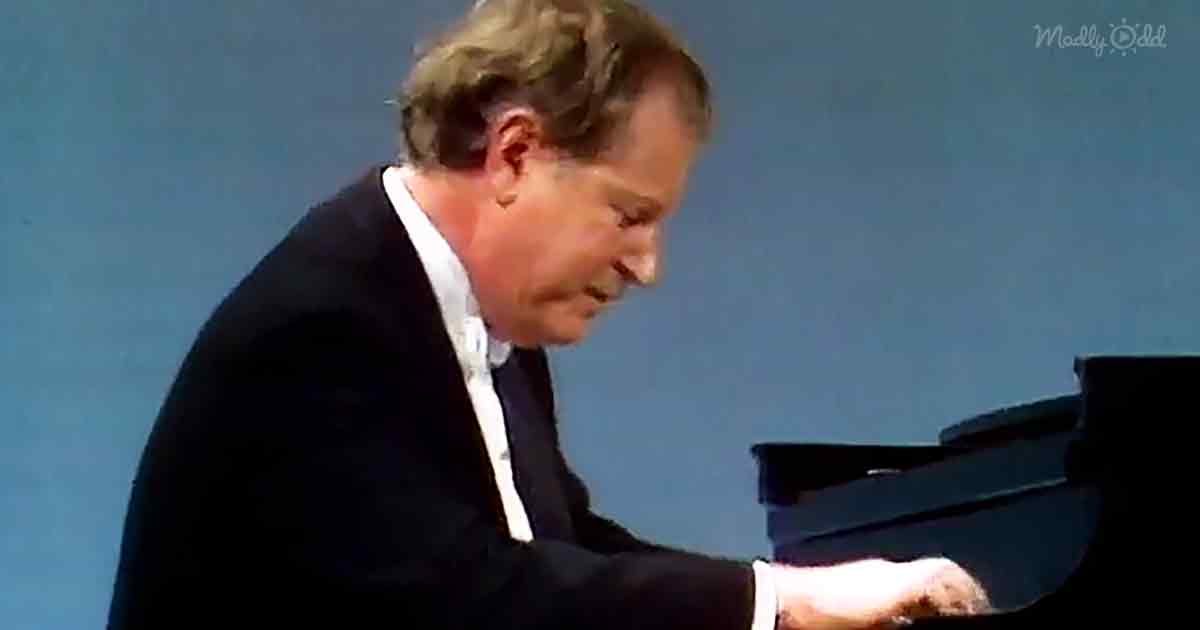 He became the foremost classical pianist of the 30s and 40s. Eugene performed with the Philadelphia Orchestra at the age of sixteen, and his accomplished career would span over 50 years.

This performance on ‘The Ed Sullivan Show’ was so unique and mesmerizing. The amount of talent on that stage, represented by 10 pianos, created a powerful scene with an incredible sound. A true gem from ‘Sullivan.’