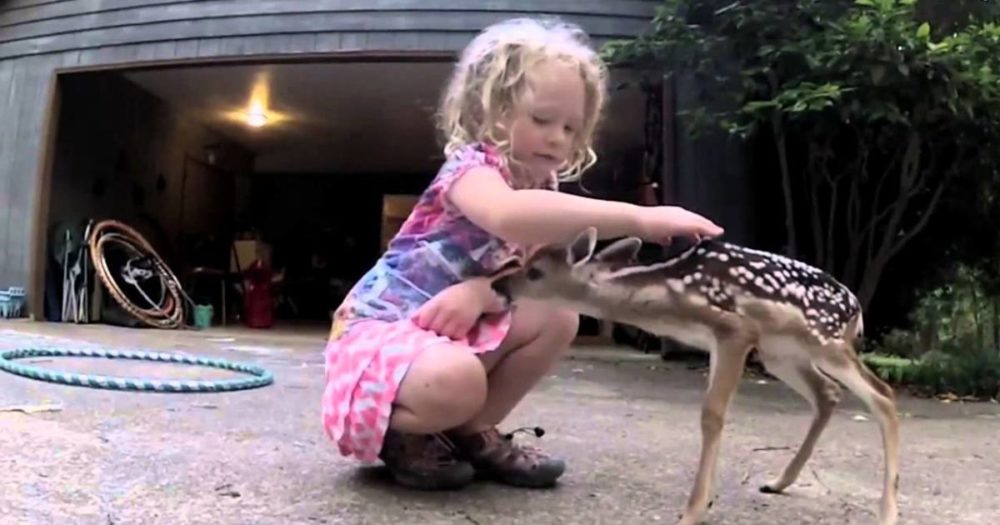 Sometimes, wild animals end up venturing into human territory. Humans are encroaching more of their lands and it is no surprise that some of these creatures wander into human turf once in a while. Some of them are quite wary of humans, but the adorable little baby fawn featured in the video below is not one of them.

Maya and her dad, Brad Herring, were unpacking their car after a canoe trip, when a tiny fawn stumbled across their front yard and right into Maya’s arms. Brad says that the fawn followed Maya’s every step after that and they were quite inseparable from the moment they met. They assumed the mom was probably recuperating from the delivery, so Maya led the fawn back to the woods. They spotted a fawn and a doe roaming the woods some days later, so they assure us that the little guy is safe. 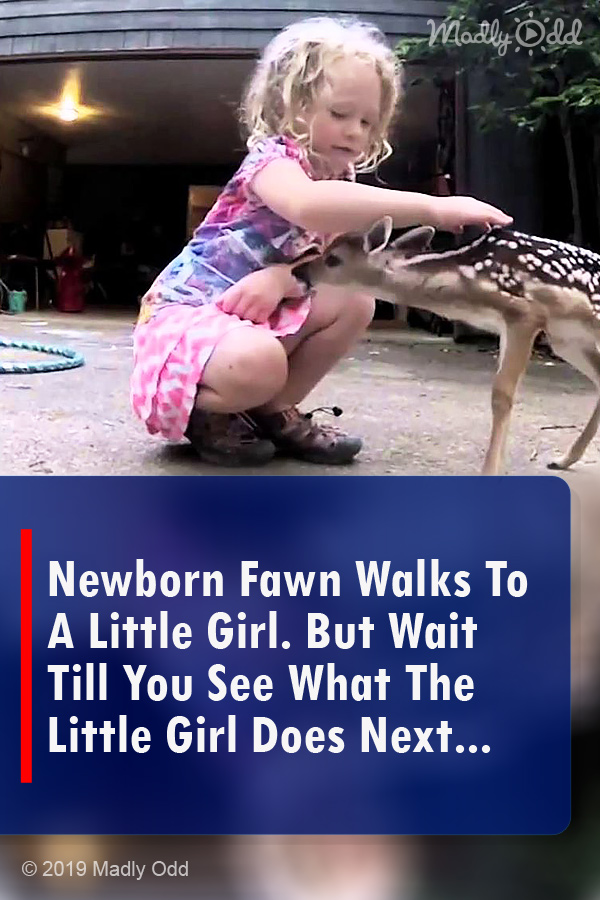