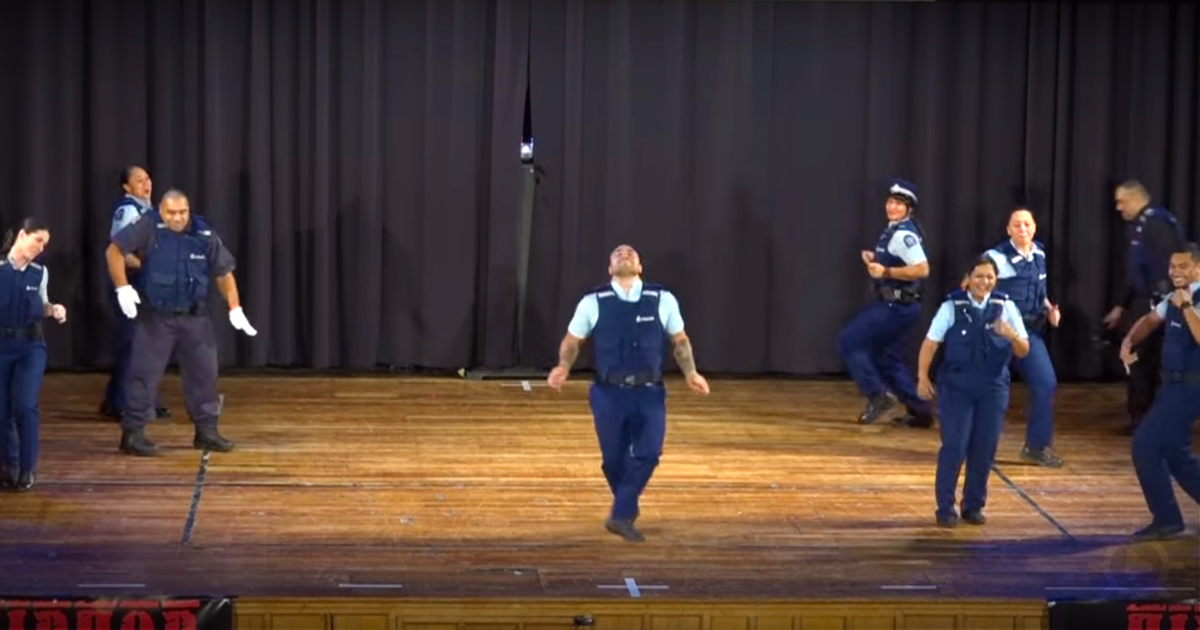 At the intersection of music and sports and fitness you have… Nine police officers dancing! At least that’s how it was at a dance competition in Wellington, New Zealand.

You might not associate sports and fitness with hip hop music. The genre got its start at block parties in the Bronx back in the 1970s, largely the creation of Afro-American and Caribbean youth. Indeed, the practice of DJs isolating percussion from funk, soul, and disco was pioneered in Jamaica. Throw in some creative use of turntables and lyrics with rhymes and wordplay, and you’ve got a unique blend. 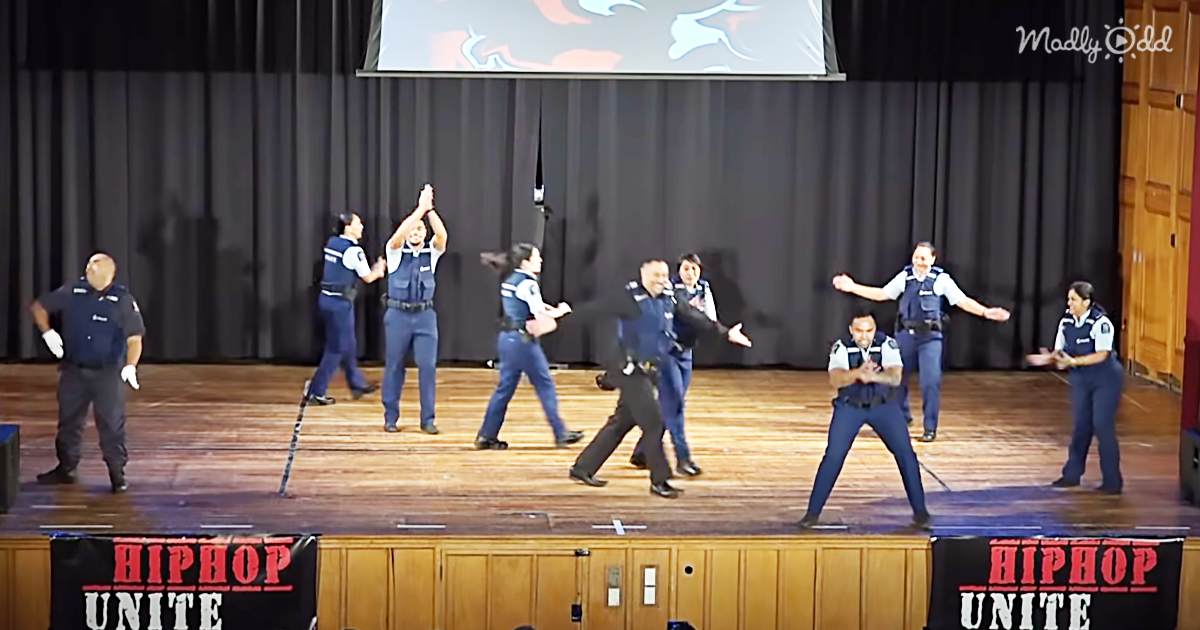 The police officers were dancing to “My Boo” a 1996 hit by Ghost Town DJ. More than 20 years after its debut, the song acquired a new popularity thanks to the “Running Man Challenge.” It’s a viral dance meme, similar in spirit to “Gangnam Style” or the “Harlem Shake.”

The challenge really got going when the University of Maryland basketball players Jaylen Brantley and Jared Nickens made a video of themselves doing the “running man” dance to “My Boo.” According to Brantley, “We dance every day for our teammates in the locker room. We’re the goofballs. So we were like hey let’s make a video and make everybody laugh.” For whatever reason, the internet loved it, and soon, people all over the world were making videos of their own. 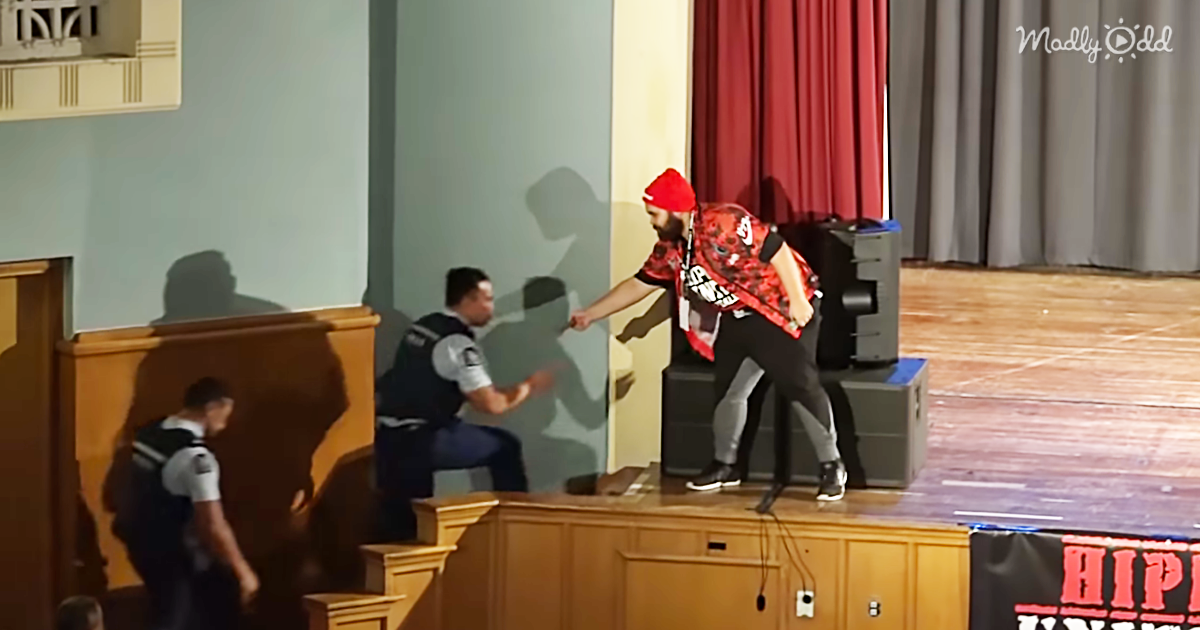 The Federation of International Sports, Aerobics and Fitness (FISAF) describes itself as “dedicated to sports aerobics, fitness, and hip hop and the development of the aerobic and fitness industry on an international level.” Its affiliate Hip Hop Unite organizes dance competitions, including the one the New Zealand police officers took part in. As you’ll see in the video posted below, they’re pretty good and even pull off some classic breakdance moves! 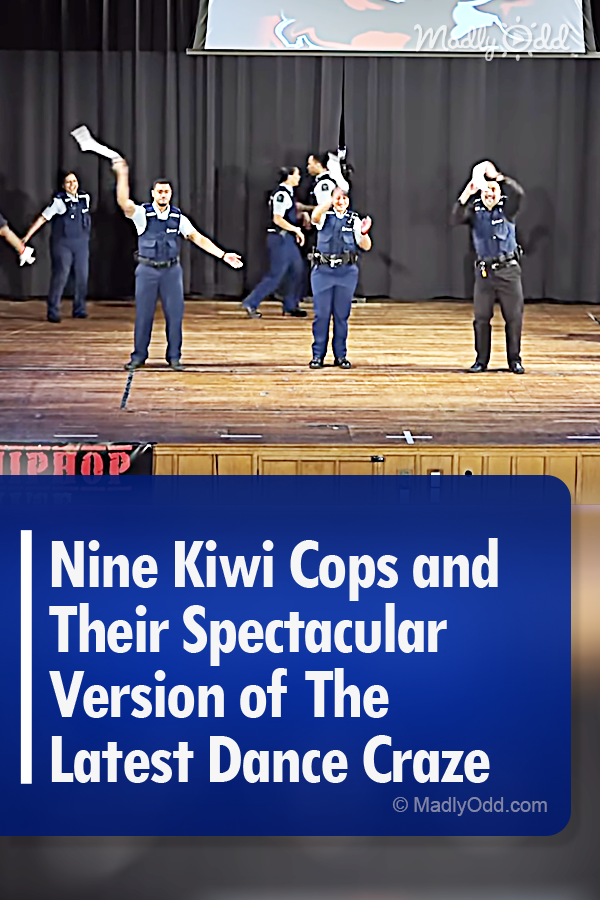