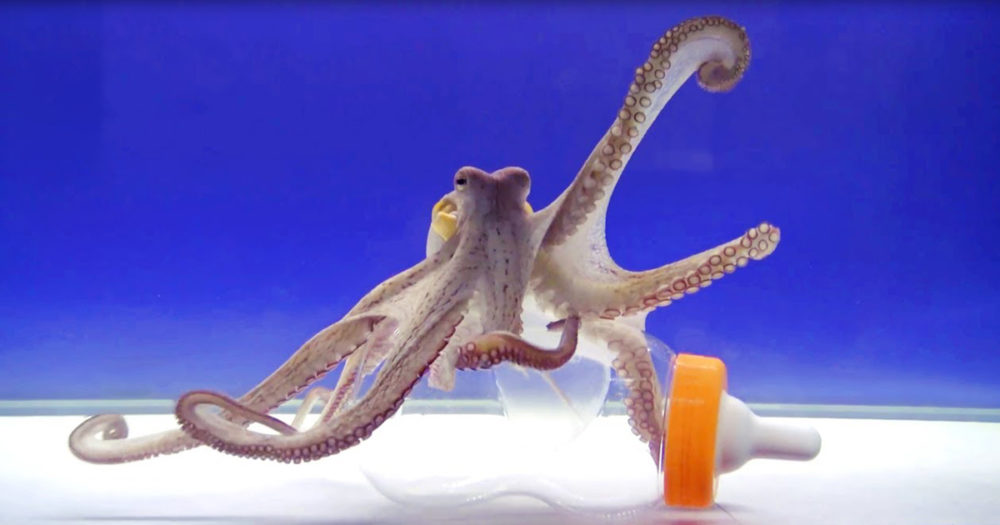 When scientists gave an octopus a snack locked away in a bottle, they expected him to unscrew the top. What he did instead shocked us all.

The folks over at Octolab wanted to test the intelligence of an octopus, so they put together an experiment. They put a fish in a large piggy-bank shaped like a giant baby bottle, then gave it to the octopus.

Because of their high intelligence, octopuses have incredible problem-solving capacities. The scientists expected the sea creature to unscrew the bottle. Instead, to the surprise of all, he did something completely different. Flexing his incredible physical strength, the octopus used brute force to open the bottle and get at the prize within.