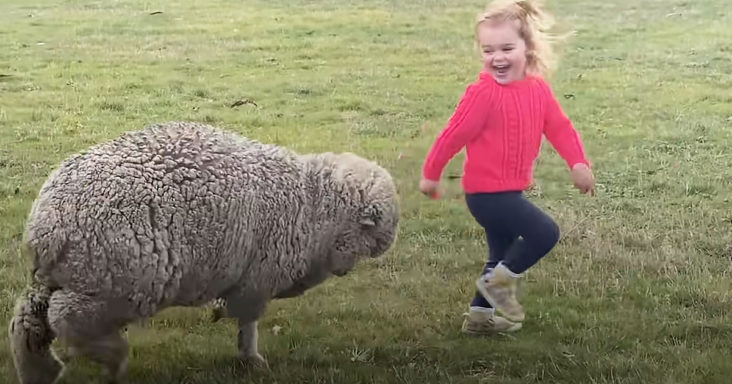 Rochelle and her husband were traveling home when they found a newborn lamb stuck in the fence. It was freezing, and the mother was nowhere to be seen. Thus, they brought the lamb home.

She named the lamb, Bah. Initially, her husband was concerned about how they would cope with taking care of so many cute beings together. They had a cat, two pugs, a parrot, a rabbit, and their daughter Teddie.

However, everything was sorted out as their daughter took care of the lamb. The little girl would bottle-feed the lamb and even change his nappies. Bah now thinks that he is a dog as he is close to the pugs. 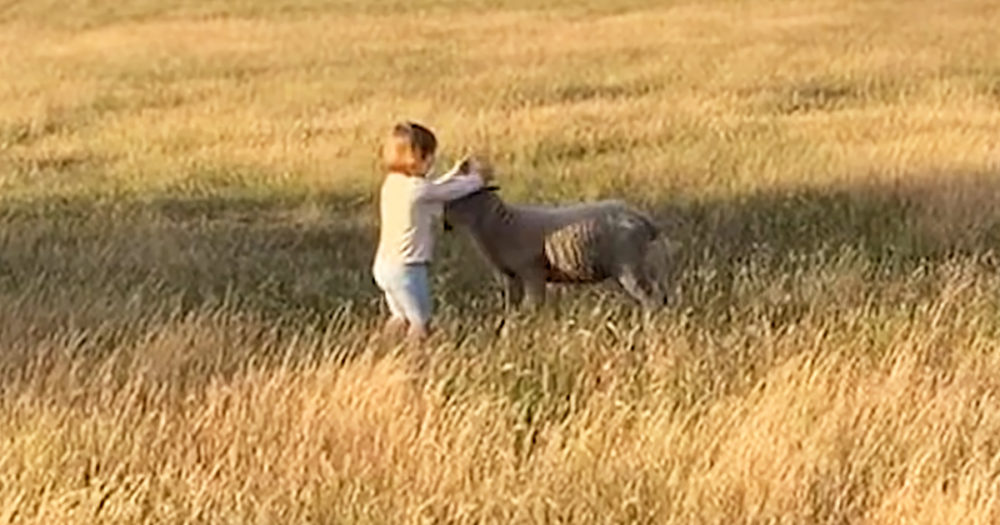 Bah was very affectionate. As he grew older, he loved standing in front of the fire and would drift off to sleep, even while standing up. Rochelle felt that she had another baby to take care of.

Bah loved falling asleep in his mother’s arms and would love to do his little dance every time he got excited. But, when he grew older and more robust. Rochelle knew it was time for Bah to live in an accessible but protected area.

She decided to keep Bah at her parent’s paddock. Rochelle and Teddie would now visit the lamb whenever they wanted. The lamb would be delighted to see his family. Rochelle was glad that she could help him.

She thinks that her daughter Teddie has now understood how to be kind to animals. Rochelle believes that they were lucky to have found Bah and have made such a fantastic connection.