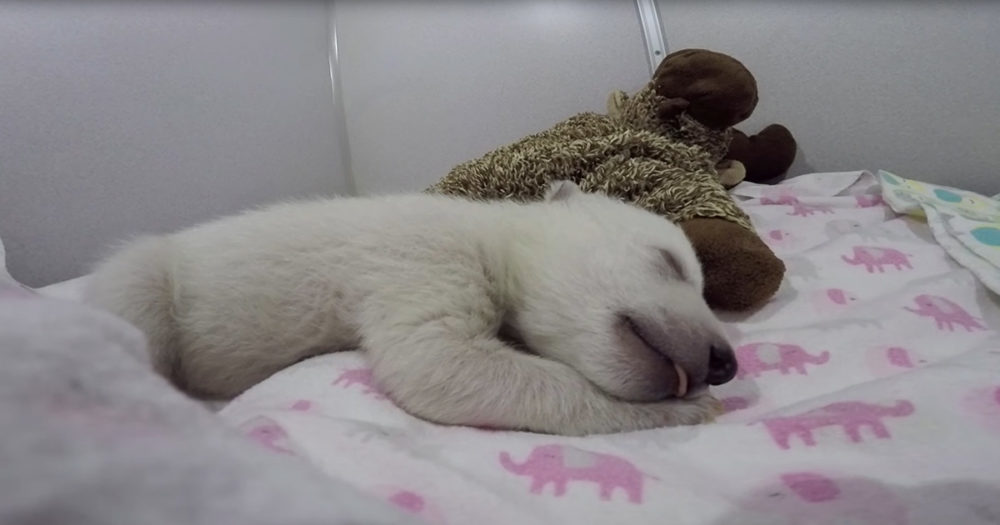 Polar bears may seem cute, but they’re the largest land predator on Earth. With that being said, don’t let that stop you from adoring them from afar. This baby polar bear will overwhelm you with her adorable story.

After giving birth to the cub, this polar bear’s mother became too depressed to take care of her. When the cub was just five weeks old, she was on the brink of death, but thankful the selfless people at the Columbus Zoo and Aquarium were there to save her.

The team at the zoo had to keep an eye on her 24/7 to make sure that she was getting healthier. They set up a video camera and were even able to watch her sleep. The precious bear found comfort in a stuffed moose that the zoo gave her.

She is melting the hearts of everyone around her when they see her cuddle with the cute stuffed animal. The polar bear is on her way to being at full health so that she can join other bears in a natural habitat. 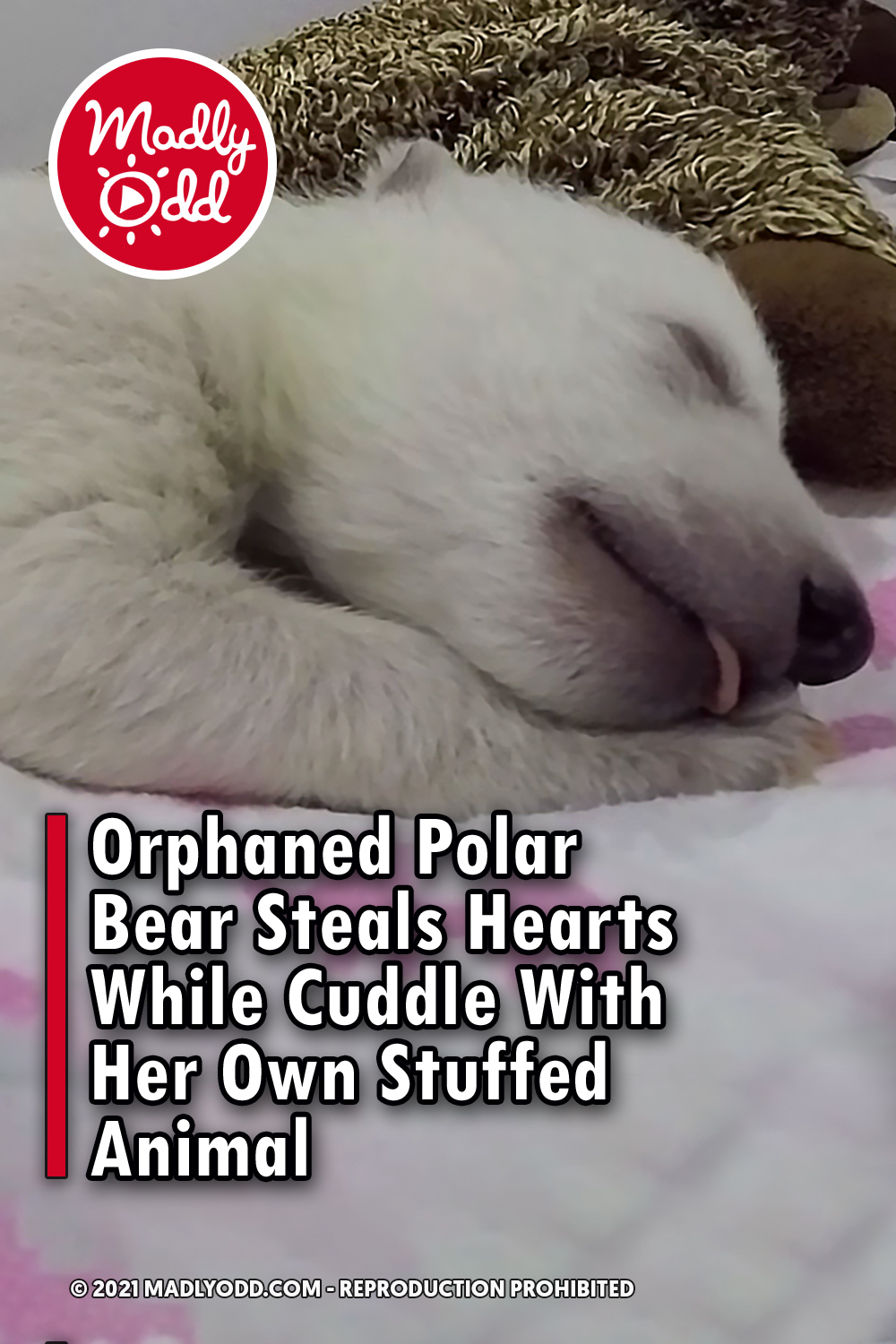