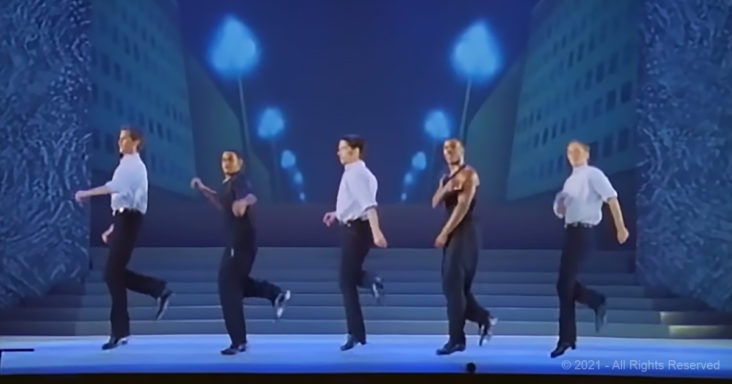 Riverdance proves the harmony and compatibility of traditional tap dance and Irish step dance in this riveting performance.

It’s the mock face-off of the century. Tap dancing vs. Irish step dancing. It shows us just how much the two styles have influenced and changed each other over the years.

The legendary Riverdance troupe opens with two young men in black outfits performing a much jazzier version of tap that we’d expect from their show.

The very name ‘Riverdance’ has become synonymous with the craft of Irish step dancing, so here’s an act that doesn’t seem quite Irish or quite like step dancing.

The usual Riverdancers join them and the music switches to the more familiar Irish jig. The two groups of dancers alternate, “dueling” their music and their moves.

Neither one can one-up the other. Things escalate to running up vertical walls and doing backflips and dizzying whirls across the stage. But of course, it’s all part of the show.

If there’s any message put across by the act, it’s that no dance style is an island. Each one has influenced the other, and neither one will ever have all the talent. 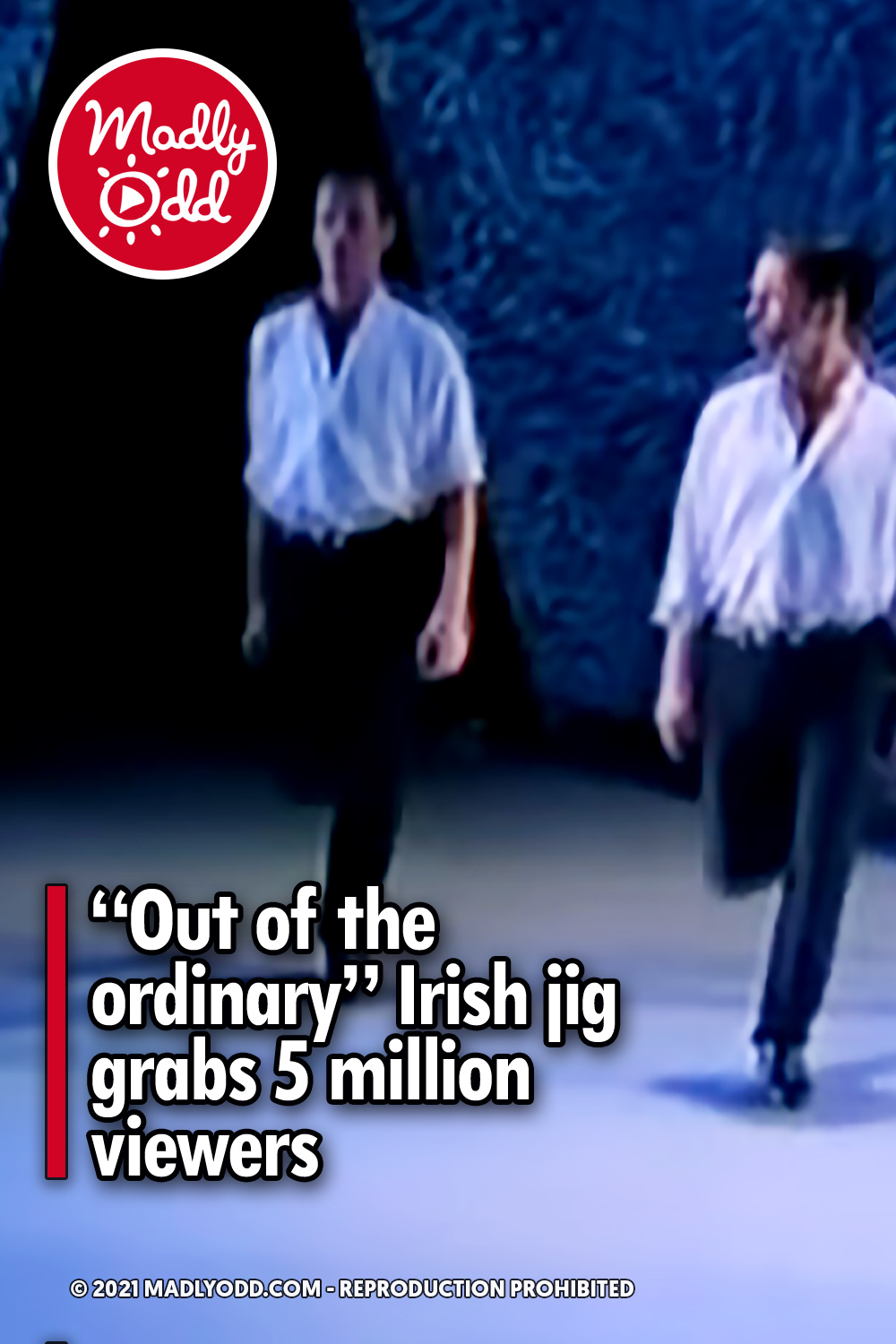