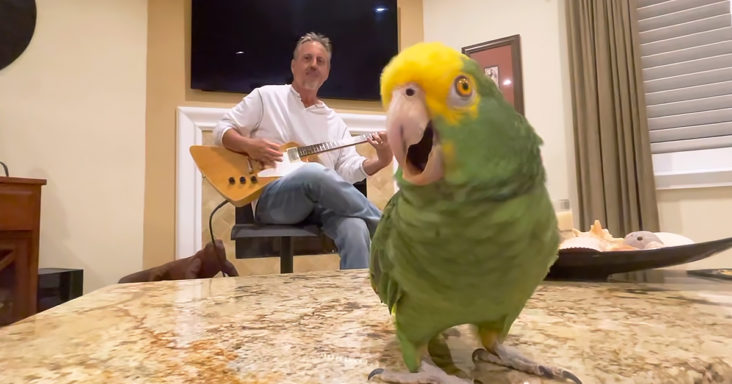 A parrot named Tico has become somewhat of an internet sensation with his singing skills. In this video, he sings the 70s hit ‘Surrender’ by Cheap Trick while his human plays the riff on his guitar. 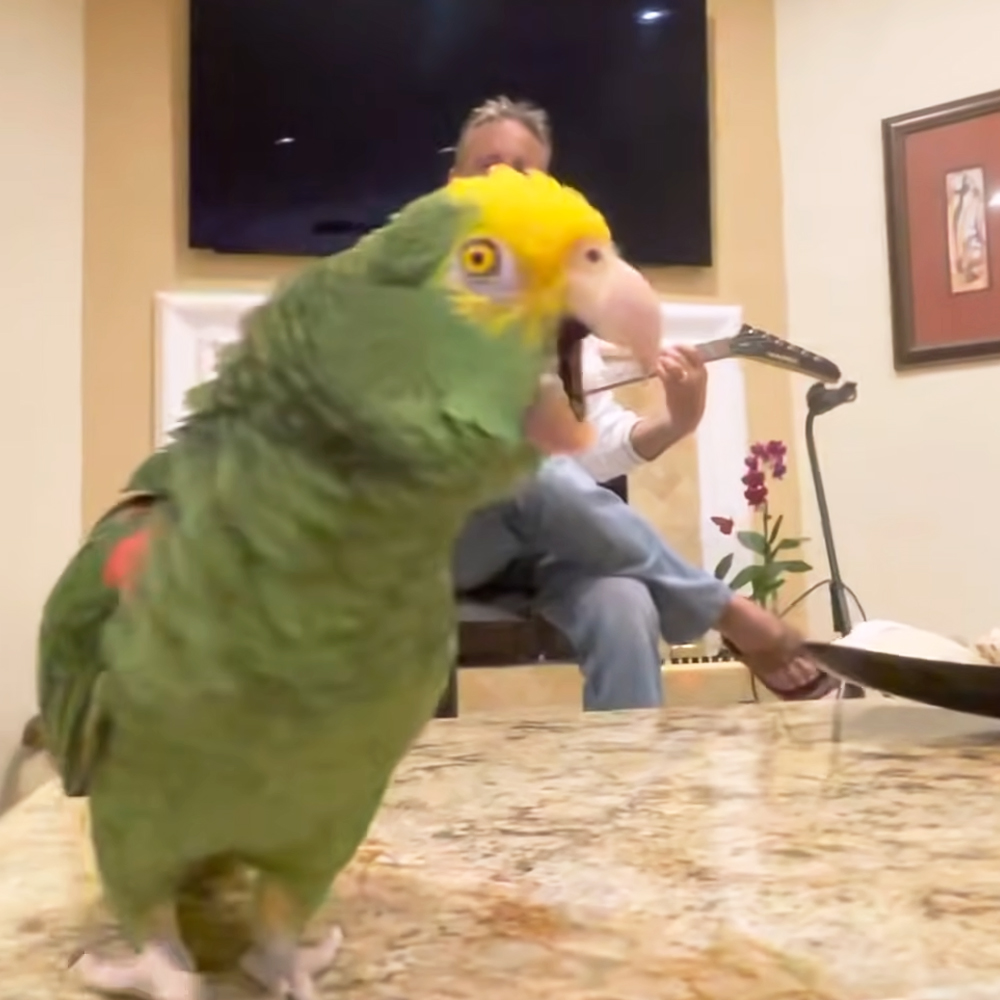 Through their YouTube channel, the duo has garnered well over 180,000 subscribers. These songs include ‘Semi-Charmed Life’ by Third Eye Blind, ‘Stairway to Heaven’ by Led Zeppelin, and ‘Psycho Killer’ by Talking Heads. 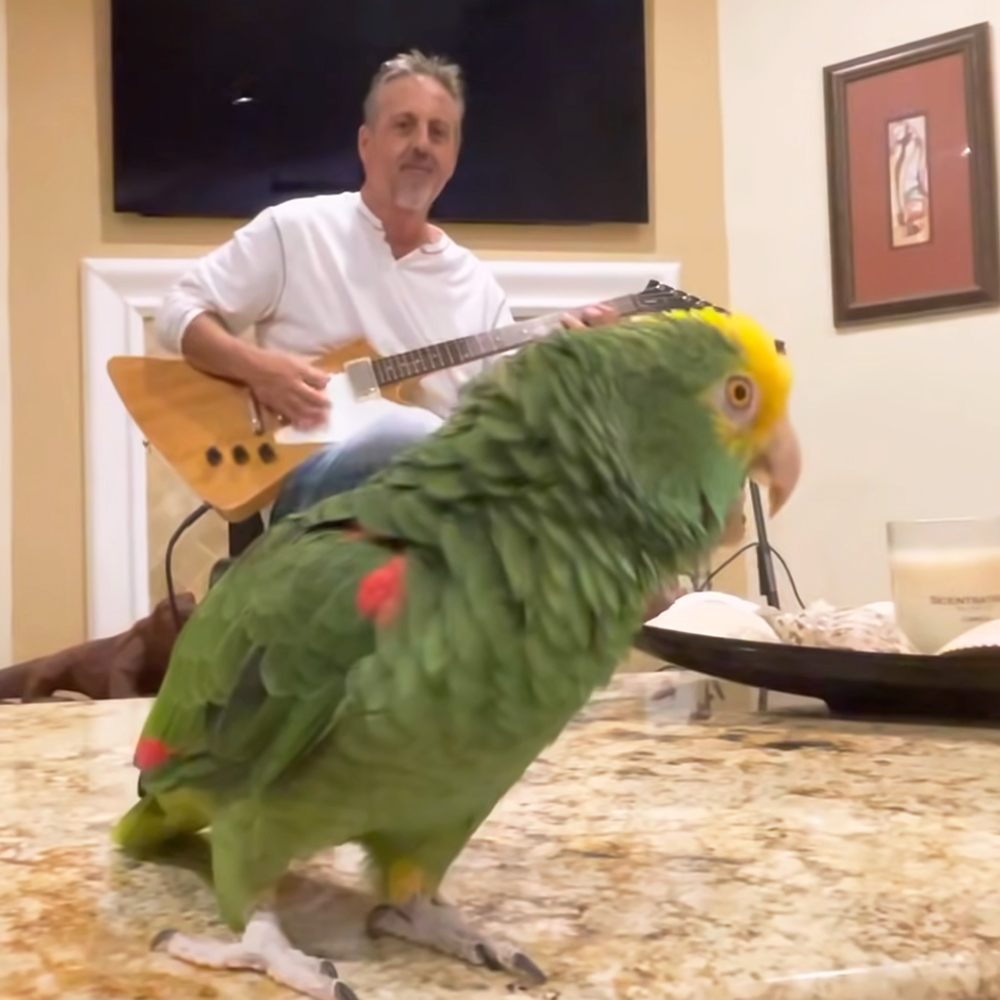 These cute home movies have become hugely popular on YouTube, getting millions of views each time.

Tico has lived with his humans Gina and Frank, since he was adopted 18 years ago. Frank, who is a guitar enthusiast and a lifelong strummer, works in a music equipment store. 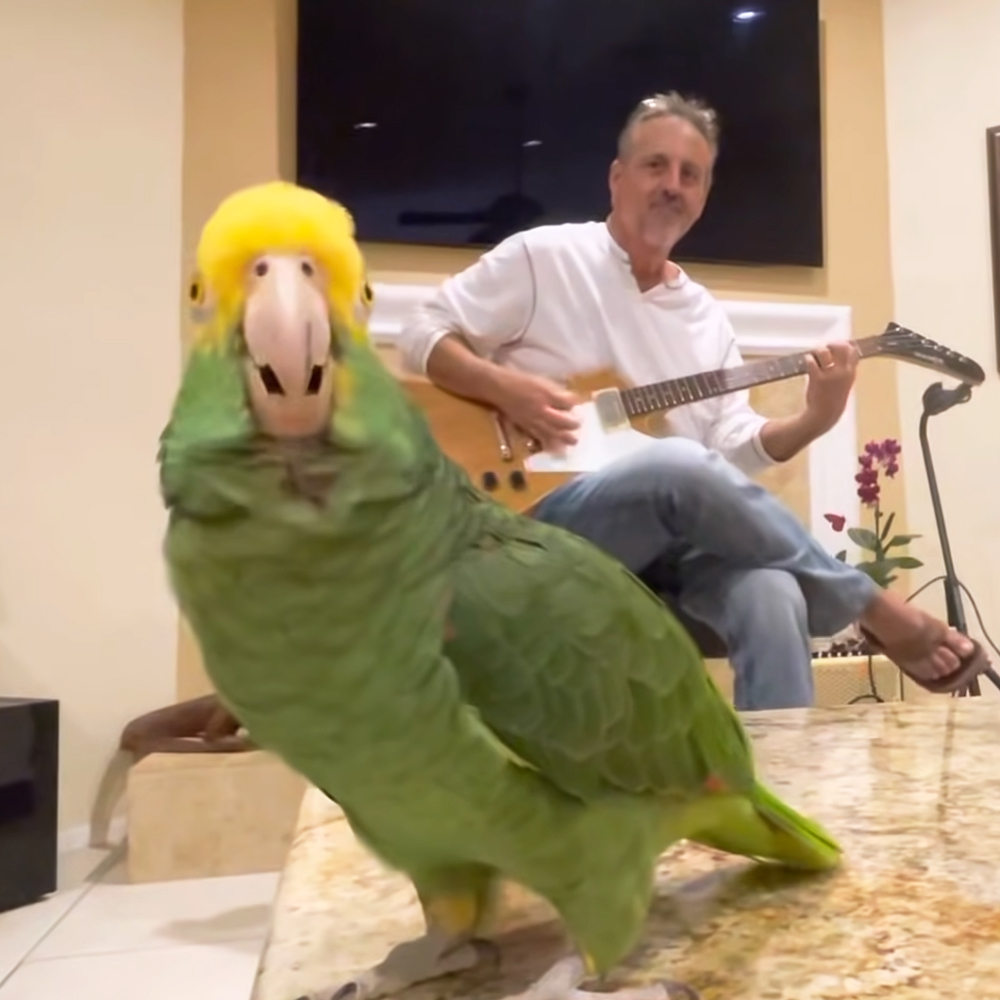 The parrot’s family lineage is known for being chatty and boisterous. Still, to the surprise of Frank, Tico possesses a unique gift. It all started when Frank started strumming his guitar, and Tico responded to the songs’ chords and riffs with his magnificent voice.

Tico’s talent has stolen the hearts of millions of fans on YouTube. His peculiar style of whistling seems to always be in key no matter what song Frank plays on his guitar.