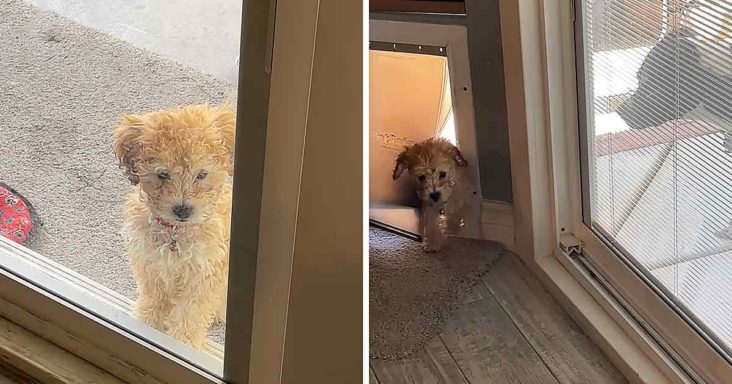 Dogs are very observant, and they take in more auditory and visual stimuli that humans can never even notice. They are much more intelligent and can learn by watching, observing, and listening to several people and dog siblings around them. 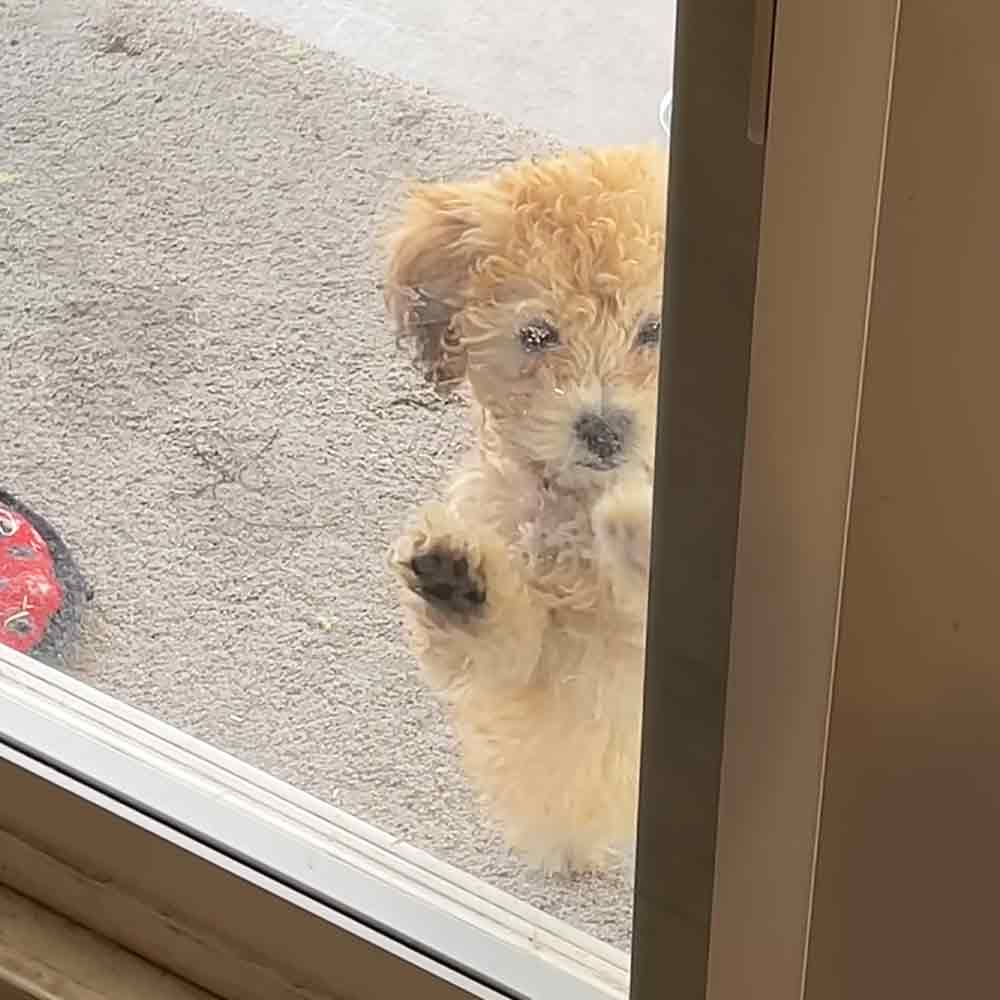 Recently, a woman was trying to train a new puppy, Willow, to use the back door. The woman would start the training early in the morning so that there was no one to disturb them.

A few minutes after the owner left Willow in the backyard, she found that the little puppy was scratching on the glass door. However, the woman stood quietly and did not help the cute little puppy. 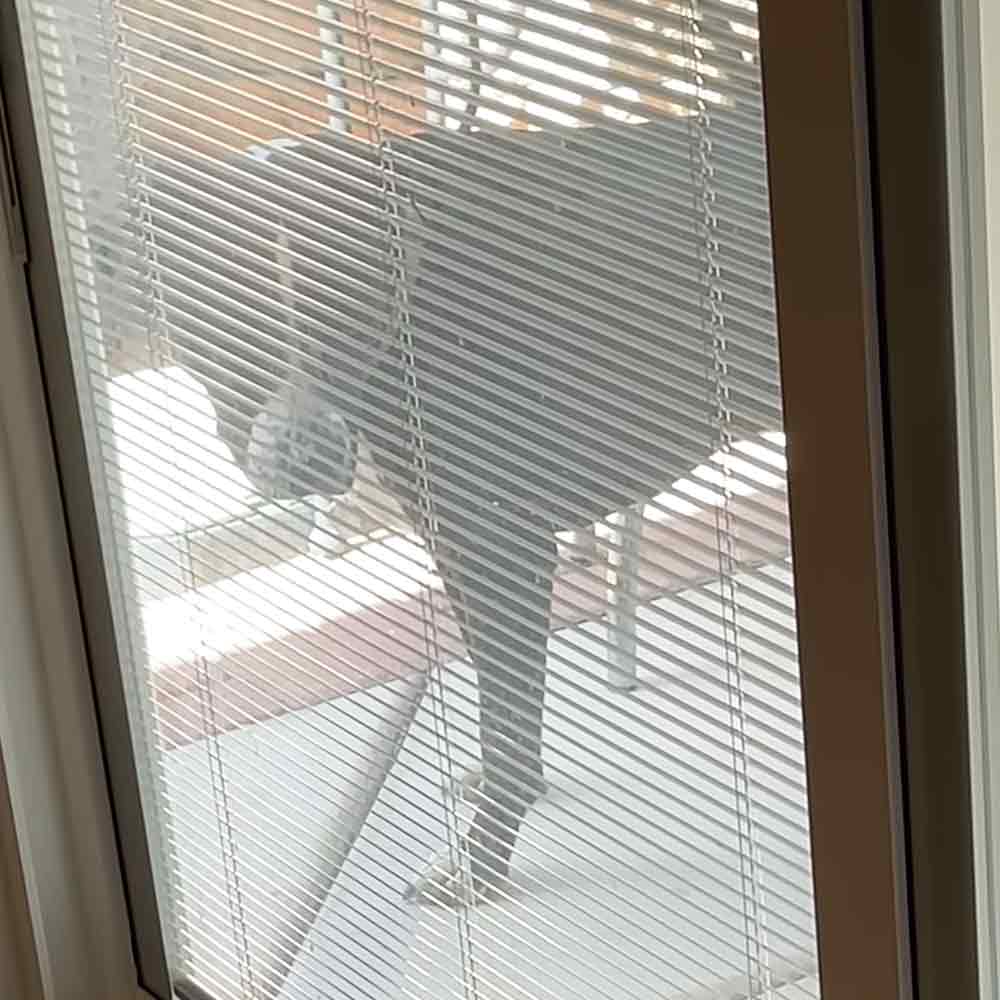 The puppy scratched at the door and did not know what to do. That was when Willow’s dog sibling Blue stepped in. The intelligent and observant dog had found that the puppy was facing difficulty.

Blue decided to help the little one. She walked towards the dog door slowly. The poor puppy was still scratching the door as she was unaware of any other entrance that could take her inside. 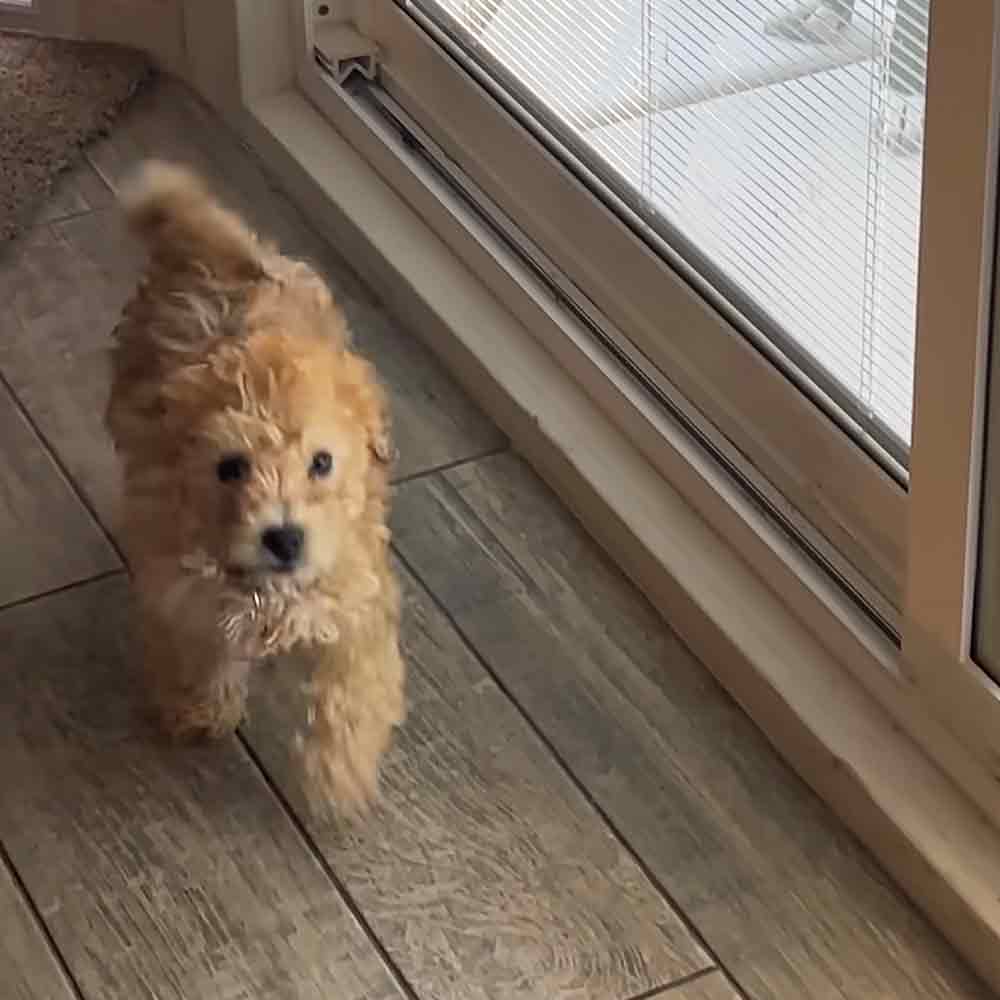 However, a few moments later, the intelligent dog, Blue, reached the other corner of the door. Willow looked at her as if they were communicating through telepathy and understood whatever Blue seemed to tell her.

Blue stood patiently near the dog door as if she was pointing toward the small entrance. Willow quickly walked towards her and soon found the way to enter. However, she had to force her way in as the curtain on the door was heavy for her. Nevertheless, the kind owner was pleased as the little one had accomplished an excellent task.