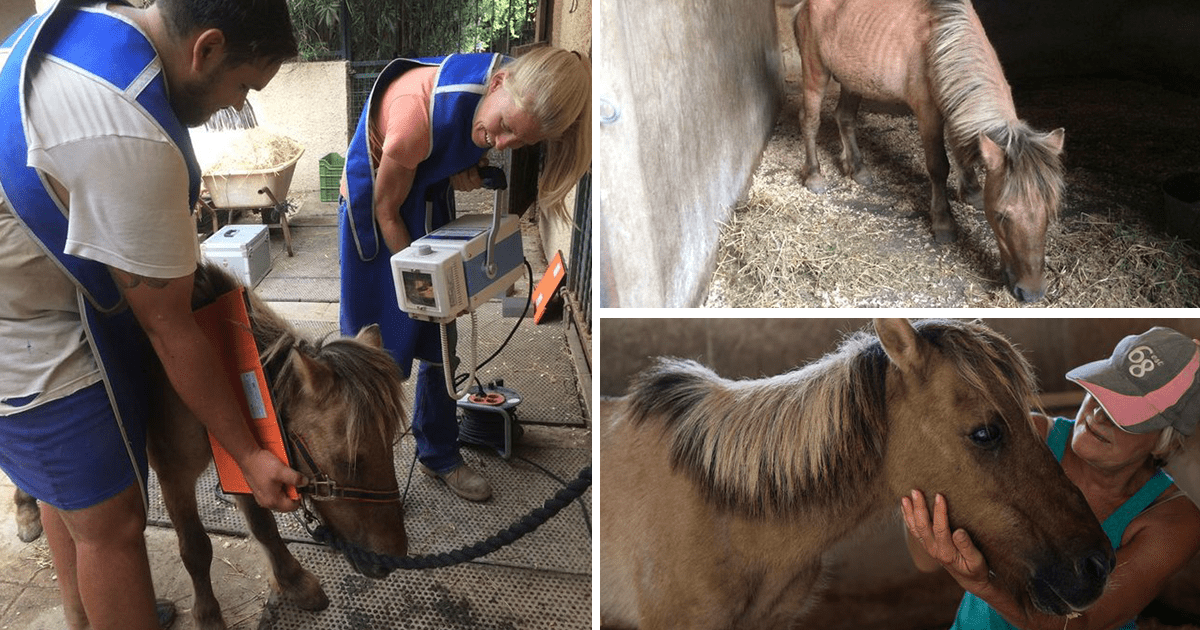 When the phone rang that evening at the Easy Horse Care Rescue Center (EHCRC), it was the local police calling. Someone had reported seeing a pony tied to a tree, presumably abandoned. Would the equine rescue group mind helping out? The EHCRC didn’t mind at all: this sort of situation is exactly what they’re there for.

What staffers from the EHCRC found was a pony, probably about 20 years old, who badly needed their aid. “He was tied to a tree with no food or water, with his head shoved in a bush to try and keep the flies out of his eyes. They likely just tied him to a tree and left him. He has survived starvation, dehydration, standing out in the full sun, everything… It’s absolutely heartbreaking to think what he has suffered. We see terrible cases like this regularly, but it never gets any easier. We will give him anything and everything he needs, and a whole lot of love on top.”

The unfortunate pony had been badly mistreated: he was nearly blind, had a nasty-looking scar on his neck, and walked with a limp caused by two fractured vertebrae. After a few days at the EHCRC’s sanctuary, the pony was starting to feel better. The tender loving care he was now receiving gradually eased him out of his shell, giving him the confidence to greet and nuzzle his rescuers. “He’s munching away happily in our stables, probably thinking he’s gone to heaven.” 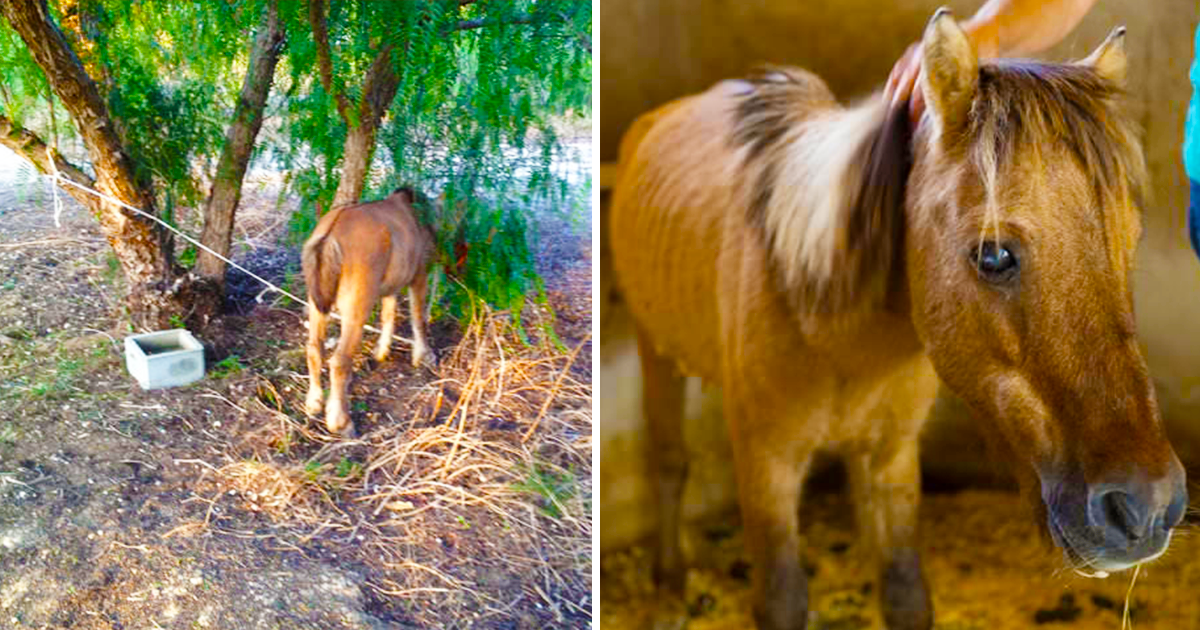 These animal rescue heroes did a great job! As EHCRC co-founder Sue Weeding says, “Maybe you can’t change the world by saving one horse, but you can change the whole world for the horse that you save.”

Glad groups like the EHCRC are there for animals in need? Let us know in the comments at Facebook. Don’t forget to like and share: it’s a way to say thanks and raise awareness!