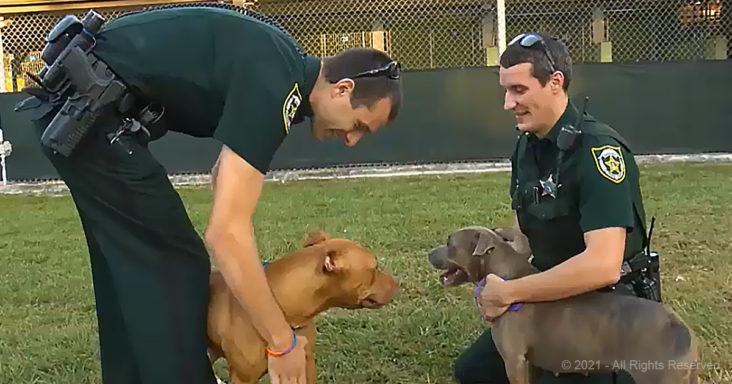 The pit bull dogs give the officers some big “thank you” licks and smiles for saving them from the streets.

A police officer finds two abandoned pitbull puppies alone on the street. At first, he thought they were only a shadow on the road.

Then he realized one pitbull was injured and bleeding badly. He called for backup, and two other officers came to the scene to help.

Instead of growling or trying to bite, the dogs seemed excited that someone was going to help them. They applied a bandage to the wound.

The officers extended their motto of “to help and serve” to these puppies. They checked on them a week later at the Animal Service Center.

The pit bulls were named Justice and Liberty. The officers say that pit bulls are misunderstood. They often are loving dogs that make good pets. 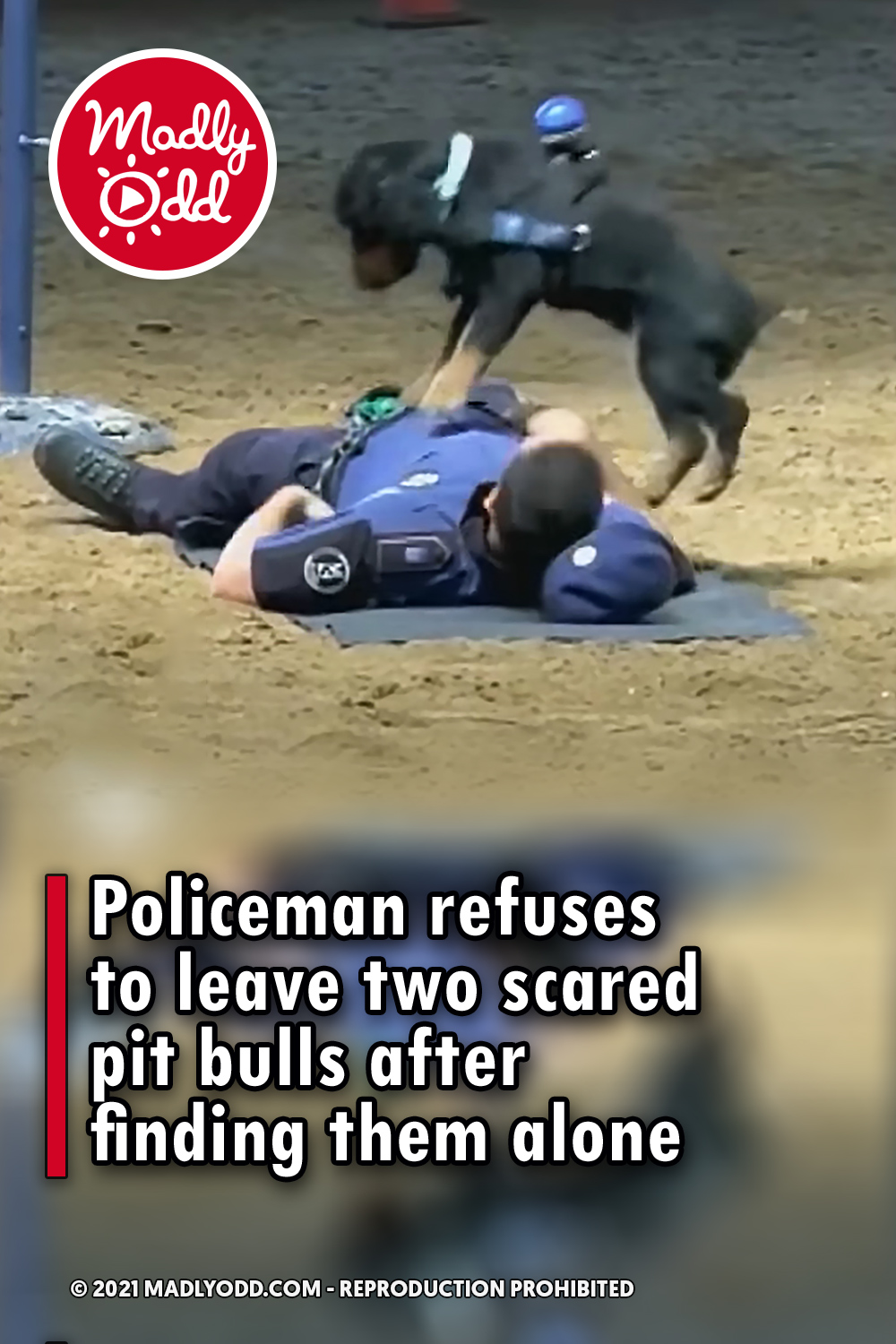