The Predjama Castle seems like it belongs in a fantasy world, but the real history behind this Renaissance castle is much more interesting than fiction. Located in Slovenia, the imposing castle-fortress is perched atop a rocky cliffside, anchored into place by a network of ancient caves.

The impregnable medieval marvel has been perched in the middle of a 123-meter-high cliff for more than 800 years. In 1570, the current castle was built in the Renaissance style, pressed next to the vertical cliff under the original Medieval fortification. The castle has remained in this form, virtually unchanged, to the present day. 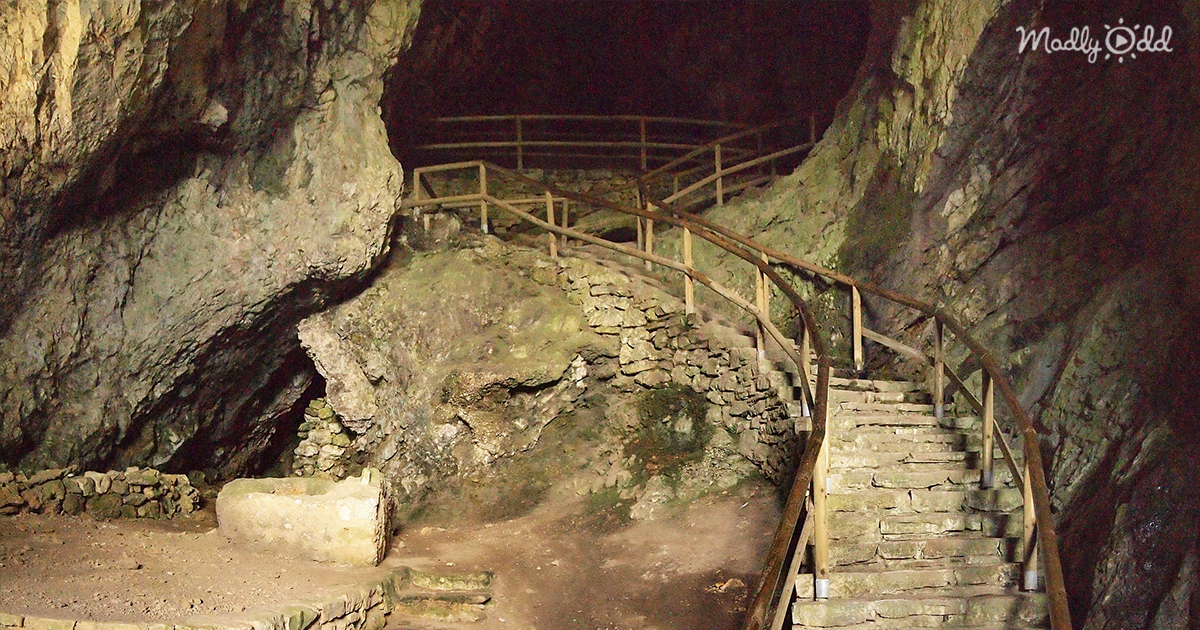 The Predjama Castle has been used as a filming venue for numerous documentaries and feature films. The castle mesmerized George R. R. Martin, author of the best-seller “The Game of Thrones”, and has hosted the Discovery Channel team, who found the castle to be inhabited by some ghosts.

Postojna Cave features a unique underground tourist train that takes you through a network of karst corridors, galleries and halls: the largest, 16-metre-high stalagmite known as the Skyscraper, the crystal white symbol of Postojna Cave – the Brilliant, the oldest underground post office in the world and the most famous underground animal – the olm or the human fish.

Take a tour of the Postojna Cave Park, a mere 9 km from Predjama Castle and experience a fascinating subterranean landscape shaped by millions of years. It’s not something you see every day.