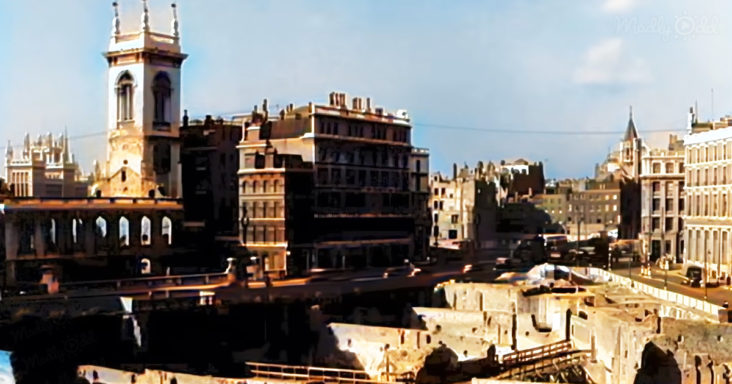 A film editor who goes by the handle of Rick88888888 has been getting a lot of attention on the internet for a film project in which he has used Artificial Intelligence to enhance and colorize old and rare footage of London during the World War II years.

Besides adding color to the scene in the footage, the AI software also applied motion stabilization, speed correction, and other enhancements to help make it more realistic.

We get to see remarkable scenes of bomb damage in many parts of the city, close-up filming of the release of barrage balloons, anti-aircraft gun positions, and traffic at Trafalgar Square. 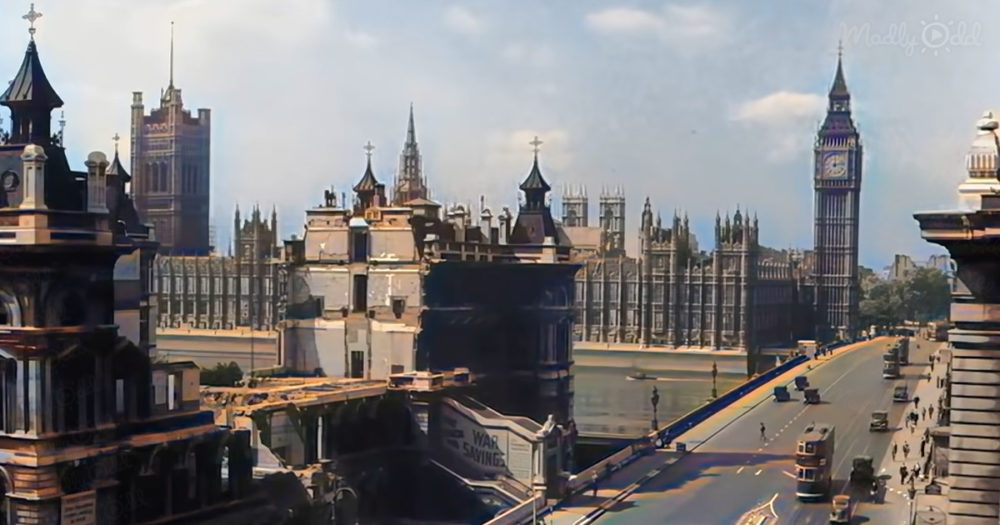 We also see the famous Piccadilly Circus, military parades in front of Buckingham Palace, beautiful scenes of the Thames during daytime and at dusk, Waterloo Station, and much more.

Many users express fascination at the footage, especially that of people walking on the streets going about their everyday lives. There is a kind of strange familiarity about these scenes that seems to have been introduced by the colorization.

There is also something powerful about the contrast between the images of bomb damage and the images of people going about their business despite all the destruction around them.

Rick’s channel is dedicated to colorizing and enhancing old footage like this, usually from World War II or before. He has developed quite a large following of 100K subscribers, and this particular video has gone viral with close to two million views.