We all know how hard it is to say goodbye, whether it be family or friends, the fact that you are not going to see them again for some time can be heartbreaking. My wife and I moved from our home town some ten-years-ago. We had to go through the whole process of saying goodbye to all of our friends and family that we would be leaving behind. We were reasonably lucky in the fact that we were moving to a new place that was a haven for tourists, so it wasn’t long before we were catching up with friends on a regular basis, in fact I think we saw more of our friends and family since the move than we did before.

“William Shakespeare” once wrote ‘Parting is such sweet sorrow’ in his play “Romeo and Juliet” this line defines the sorrow of parting, but the sweet expectation of being re-united. The feelings that we all get when we have to be apart from the ones we love. When we made our move it was one of the hardest decisions that we had ever faced in our life together. The simple fact that you are leaving behind everything that you know and are used too, to go to a new place and literally start all over again. It was at times quite scary, venturing into the unknown.

We humans have the capability to cope with such change and to adapt to new surrounds quite easily. But what about our closest relative, the monkey? The clip below will have you in tears as “Wounda” the Chimpanzee has to say goodbye to the woman that has looked after her and nursed her back from near death. It will show you the depth of emotion that our primate cousins can feel, as the tears flow from both sides.

A lot of you reading this will have heard of “Dr. Jane Goodall” the British Primatologist and Anthropologist. She is considered the world’s foremost expert on Chimpanzees, and has dedicated her life to the protection of these animals and is also been named “United Nations Messenger of Peace” an honor bestowed on her in 2002. Goodall is the founder of the “Jane Goddall Institute” in “Congo” and has worked untiringly on conservation and animal welfare issues.

The Tchimpounga Chimpanzee Rehabilitation Center in the Republic of Congo is known for its rehabilitation program of sick chimpanzees and is responsible for the saving of many monkey lives. Wounda was one such animal that came to the attention of Jane and her colleagues and was so ill that she was near death. After many agonizing months Wounda is now ready to be released into the wild to once again fend for herself. The institute has released many of these magnificent creatures on Tchindzoulou Island, in an attempt to create a safe haven for these endangered animals. 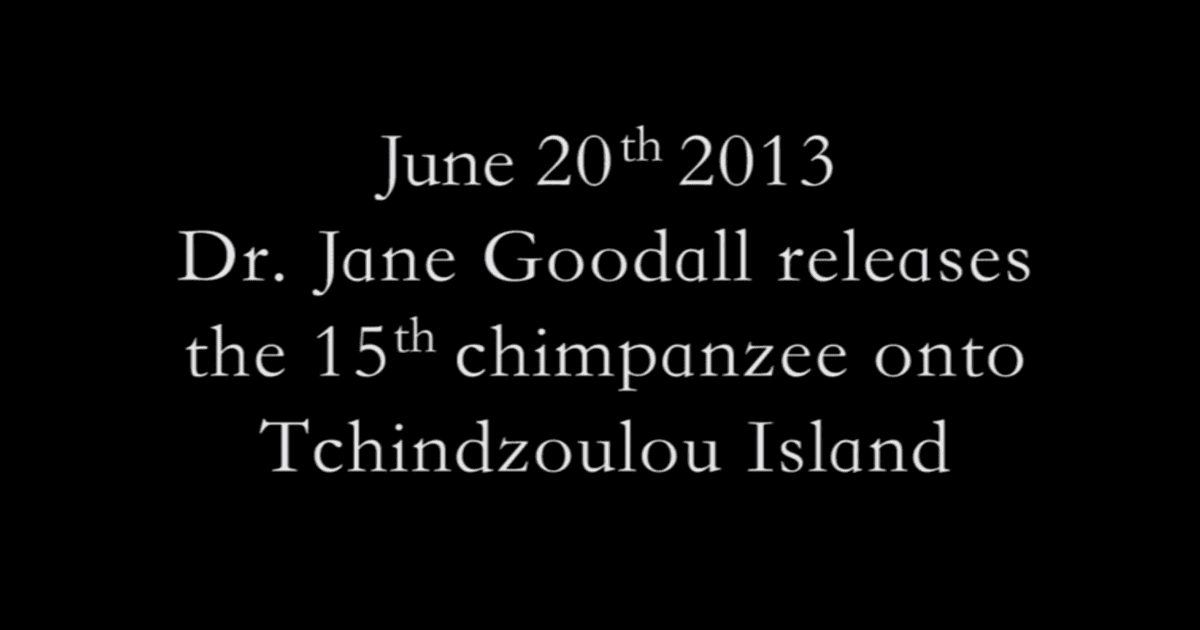 Click on the link below and be moved by this heart-wrenching goodbye.