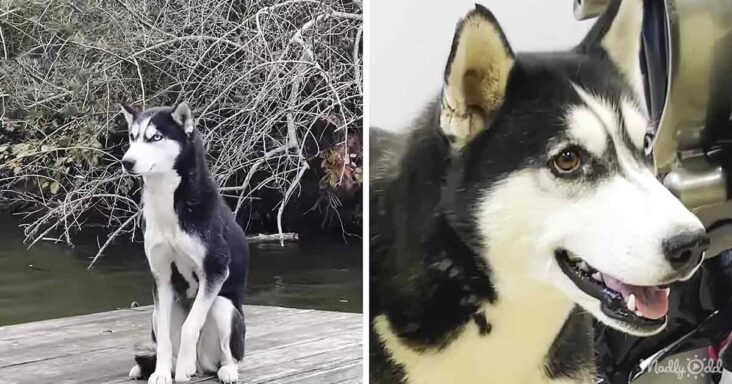 Recently, a Siberian Husky named Mingo was found stranded in the middle of a dock in the middle of a cold pond. She was hungry, scared, lonely, and needed help. Luckily, someone called the animal rescuers Hanah and Kathleen to help Mingo. 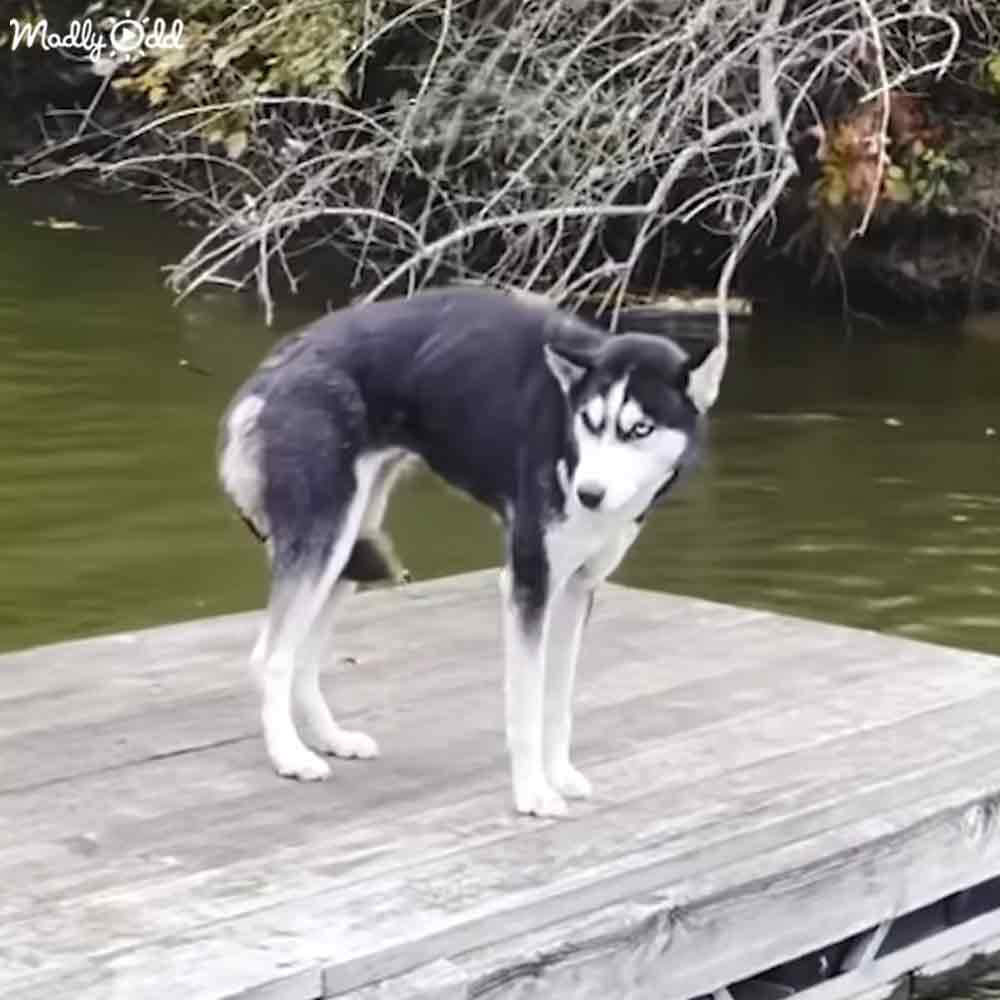 They immediately went to the spot. They knew it would be a tricky rescue because Mingo might jump into the cold pond if they scared the dog. Thankfully, Kathleen knew what to do. She gave some snacks to the hungry dog and waited for the right moment to put the leash around Mingo’s neck.

After several trials, Kathleen finally succeeded. Hanah and Kathleen took Mingo to their animal rescue shelter. The scared dog constantly barked at the animal shelter and wouldn’t let anybody touch her. Mingo’s tails also stayed between her legs, and she refused to take treats from her rescuers. They needed the dog to trust humans so that they could find a family to adopt Mingo. 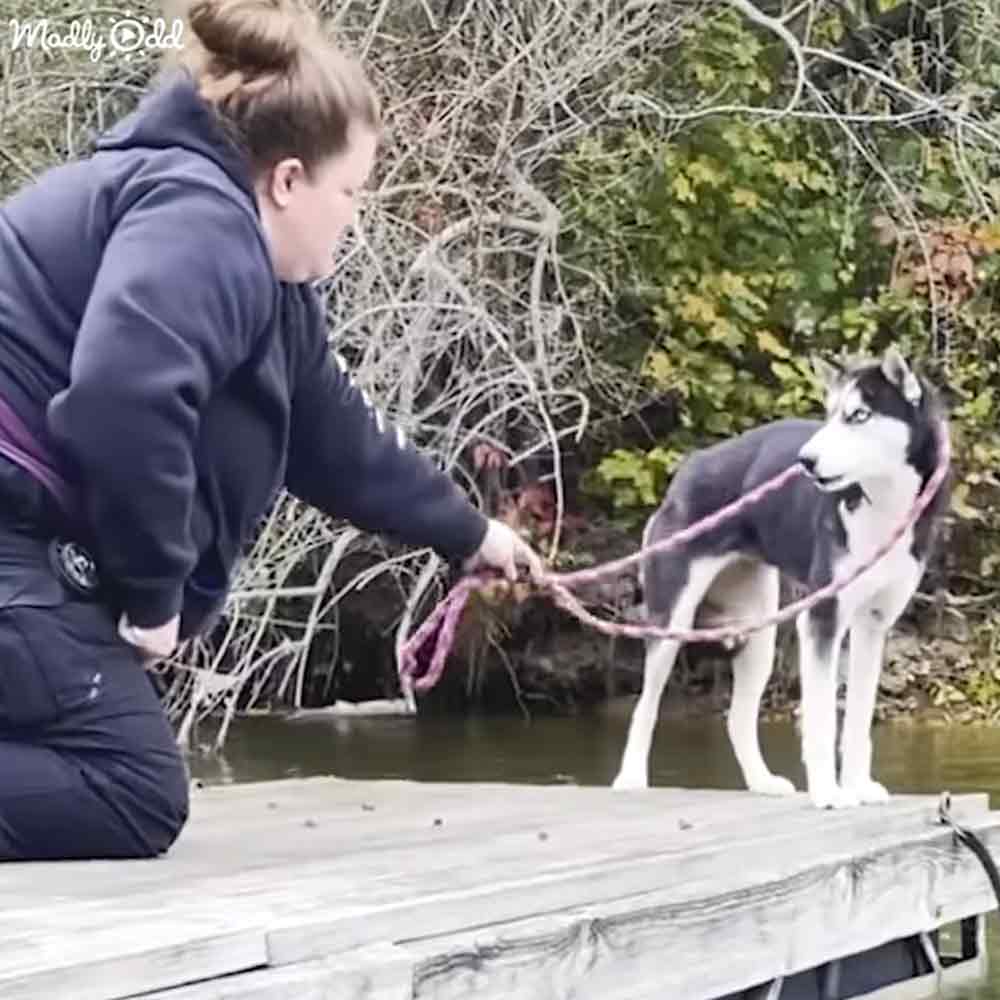 Finally, they had an idea. They thought if Mingo couldn’t trust humans, she would probably trust another dog. Thus, they introduced Ralphy to Mingo. Little Ralphy was cute, energetic, and filled with love. After a few sniffs, Mingo started wagging her tail. After that, she began to love Ralphy.

Mingo was very scared of everybody around her. However, after meeting Ralphy, she understood that dogs and people could be her best friends. Gradually, the Siberian Husky came out of her shell and started to play. 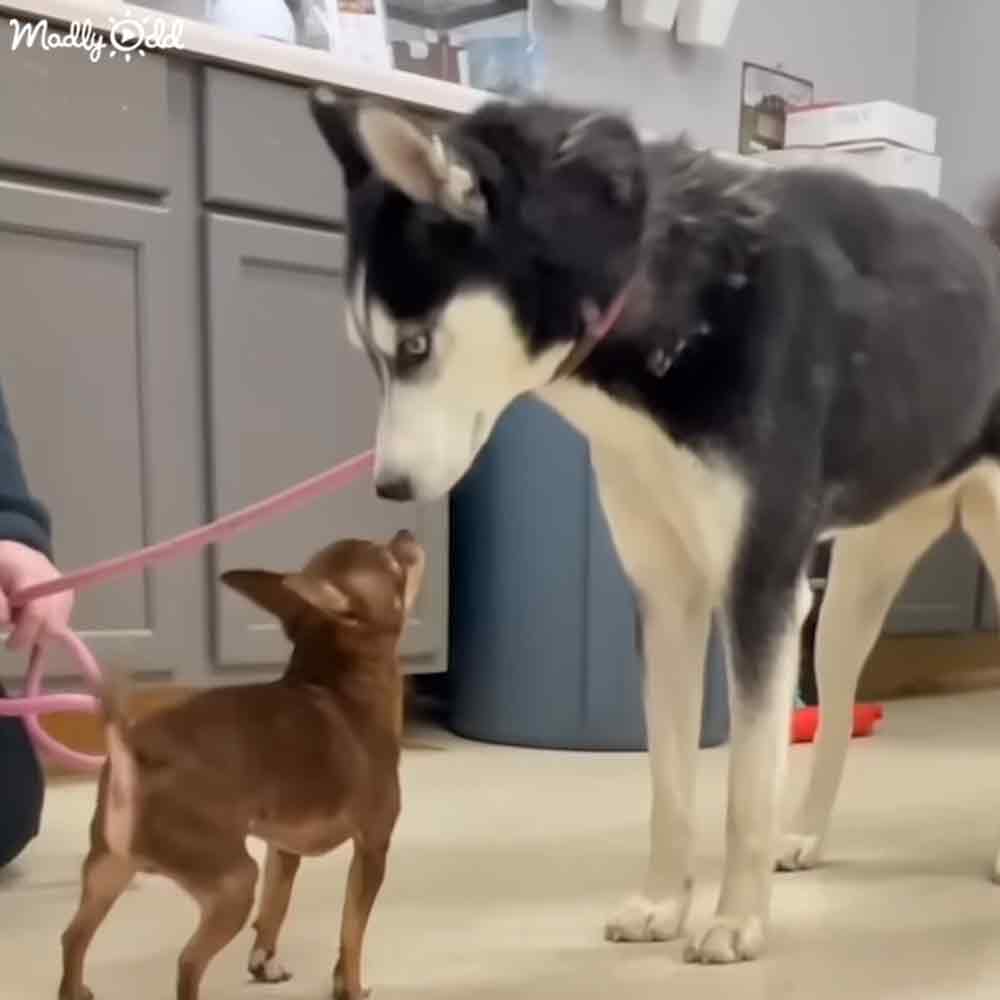 This was a positive sign; the rescuers knew that Mingo was feeling better. However, they still doubted that she would let anyone pet her. Finally, the Husky began trusting humans and allowed them to pet her.

Mingo came very far in life. From being a scared and hungry dog to a happy and healthy Siberian Husky. Soon, Mingo got adopted thanks to her rescuers, Hanah, Kathleen, and Ralphy. 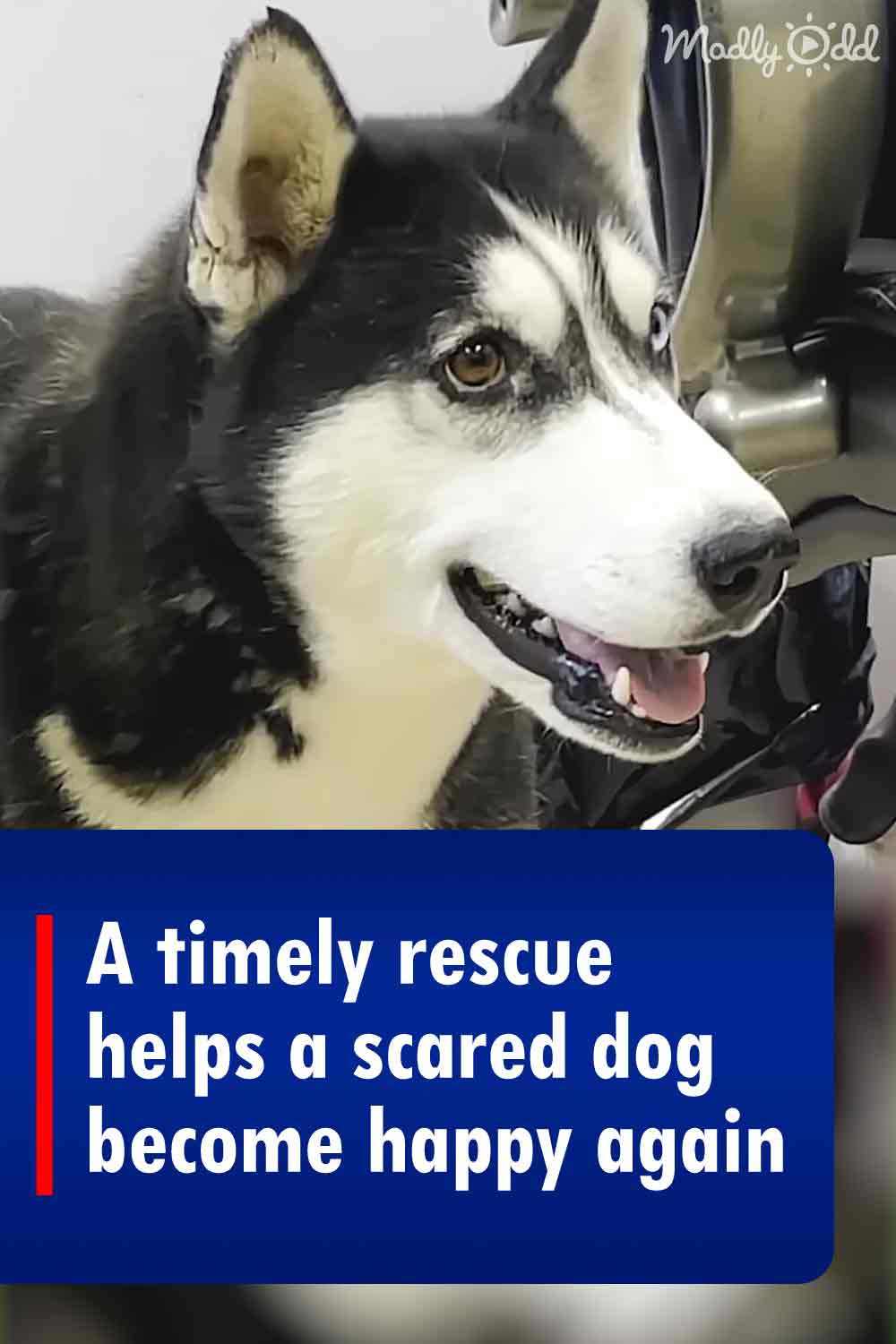