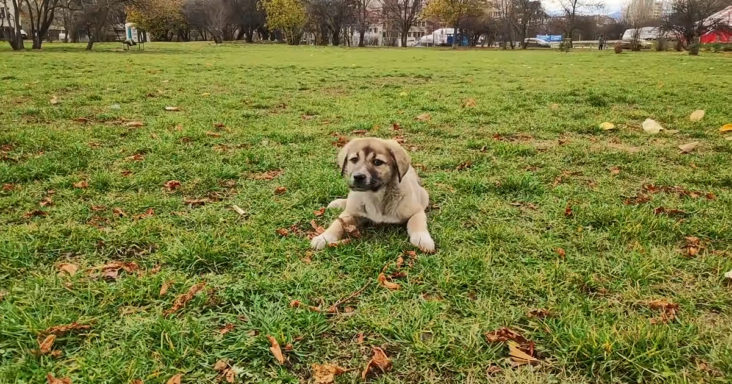 While doing construction work, a man came across a beautiful puppy who had been abandoned. He knew he must choose: walk away or help this little dog. 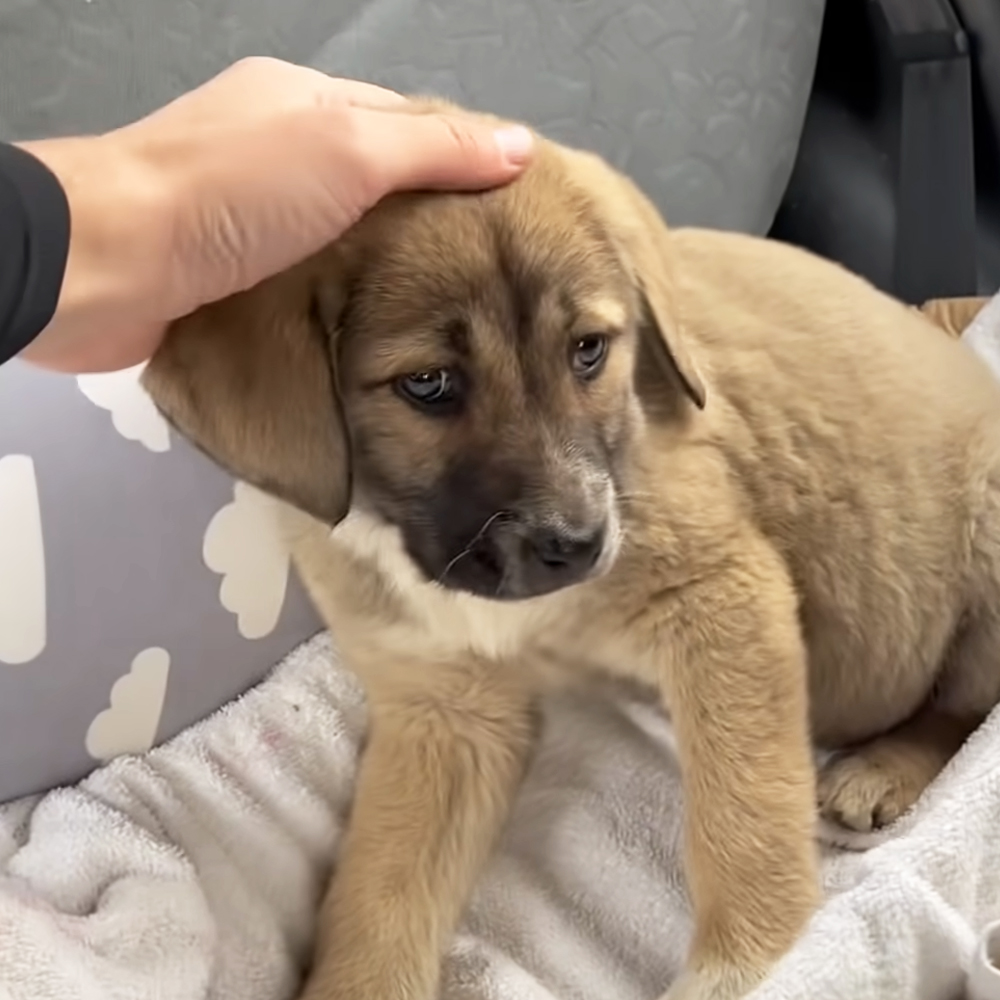 He decided to help the puppy. He poured water from a bottle into his hand as the thirsty pup lapped up the refreshing drink. The rescuer had some dog food in his car and shared it with the puppy.

Once she was fed, the puppy was ready to play. She tugged on a piece of fabric and even walked over to snuggle with another worker. 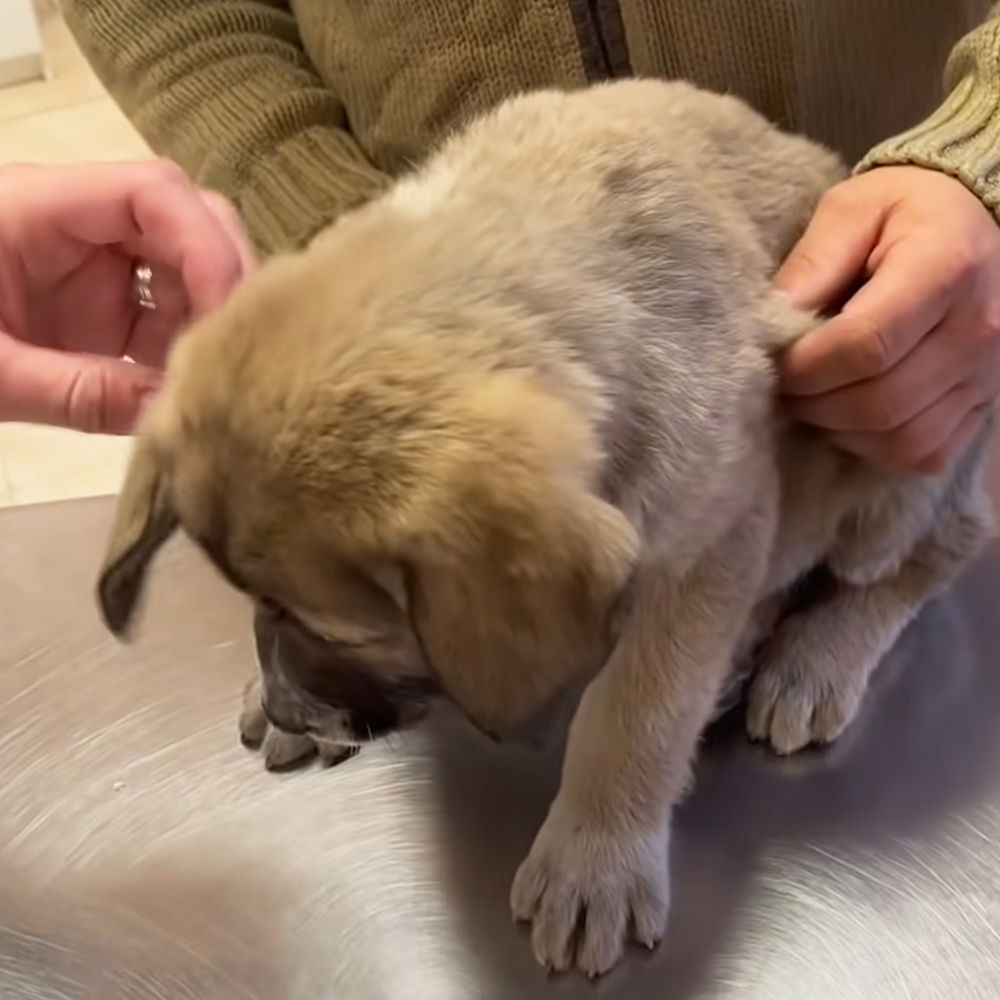 The next step was to take the puppy to the vet. She was checked out and treated for any problems she might have had. The vet told the rescuers the puppy was only three months old.

Soon after getting the puppy a collar, the rescuers invited her home. Thankfully, they found her in time as it snowed soon after. The dog had a great time playing in the snow, knowing she had a warm home to return to. 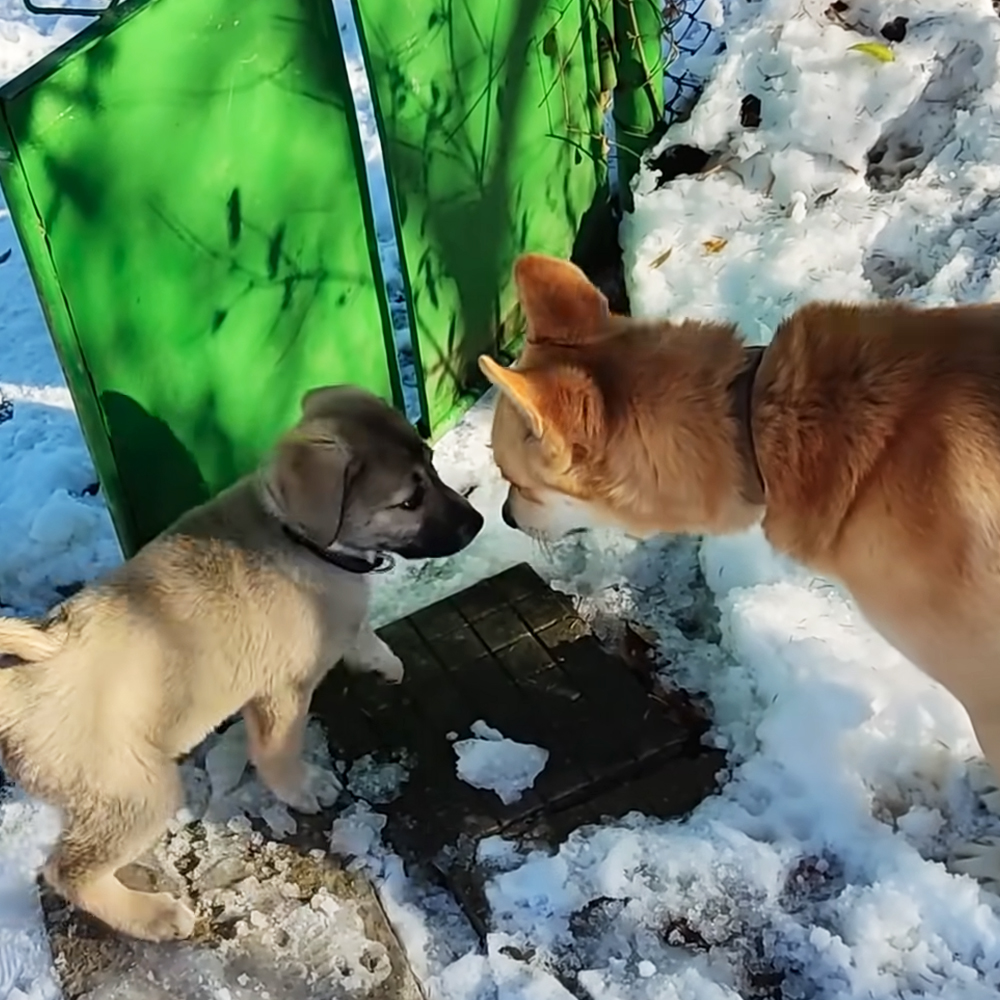 The rescuers took a few weeks to find a forever home for the puppy, now named Beti. There were many interested families, but the rescuers wanted to find the best option.

Finally, a family with other dogs, three children, and a large yard to play in came along. Beti is now living the good life with lots of love and play.