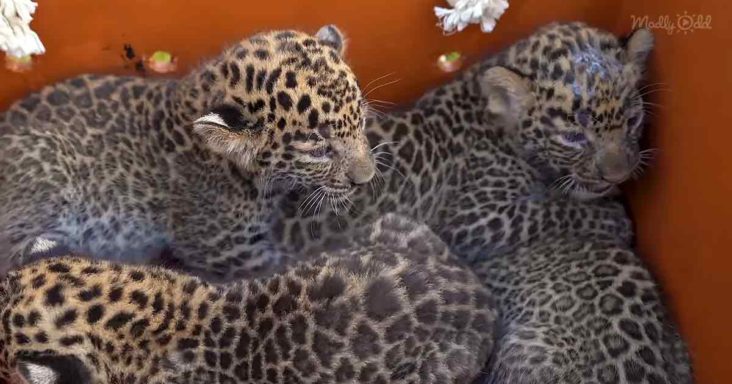 Leopards are considered one of the strongest animals in the wild. These majestic cats can capture their prey single-handedly and ensure that other animals don’t get to snatch their food. 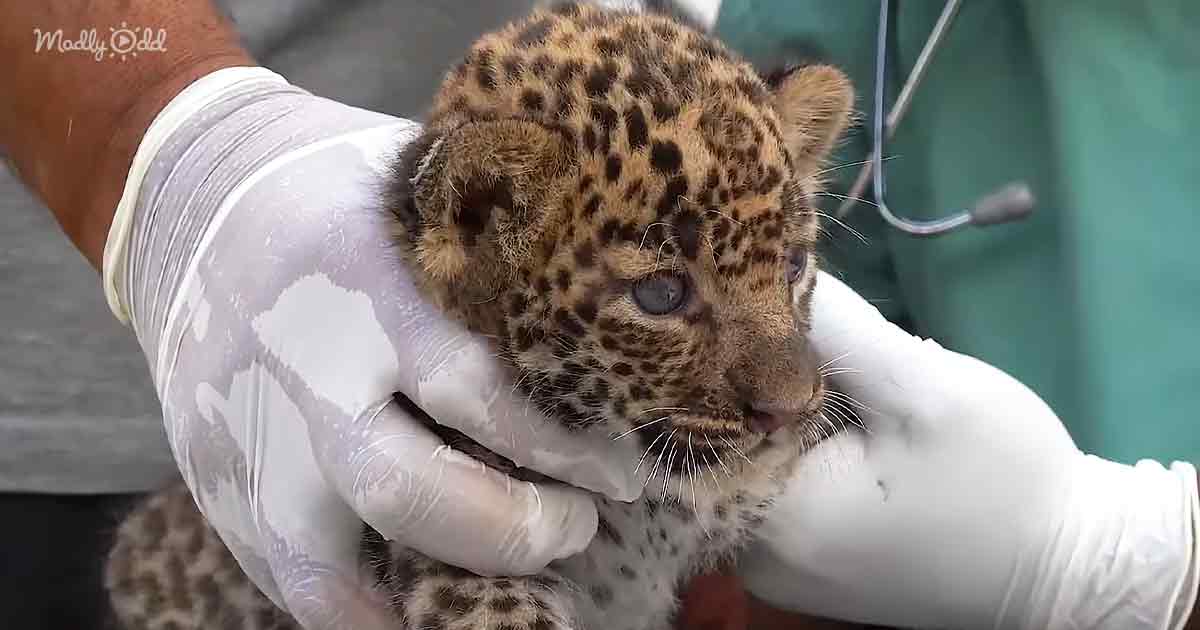 However, these majestic animals can nurture and love their babies just like humans. Recently 4 newborn leopard cubs were found in a sugarcane field in Maharashtra, India. So, the farmers called the Wildlife SOS team and the Forest Department for help.

The little ones were immediately taken to the ‘Manikdoh Leopard Rescue Center.’ The vets conducted a health examination to ensure that they were healthy and fit to return to their mother. 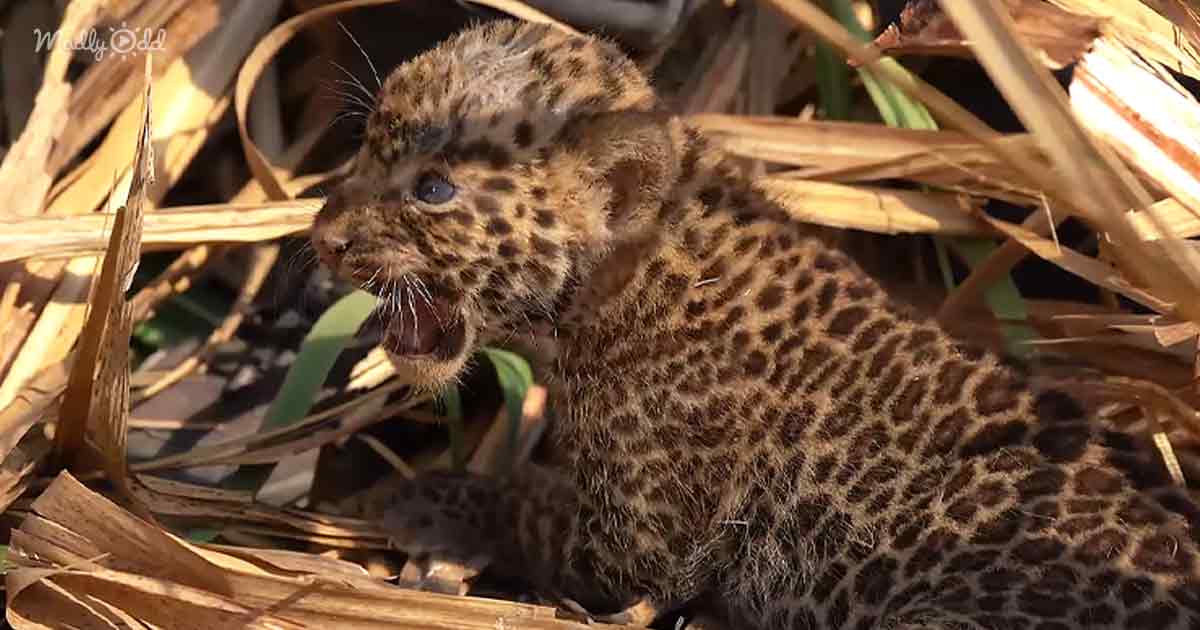 The cubs were estimated to be 2-months-old. They were placed in a safe box for the reunion operation. The rescuers had set up a trail camera with night vision to check the movement of the animals.

It did not take much time for the mama leopard to find her little ones crying out for her in the quiet night. First, she sniffed the box to check that the cubs inside were her babies. She then gently knocked down the box to reach her beautiful, healthy cubs. 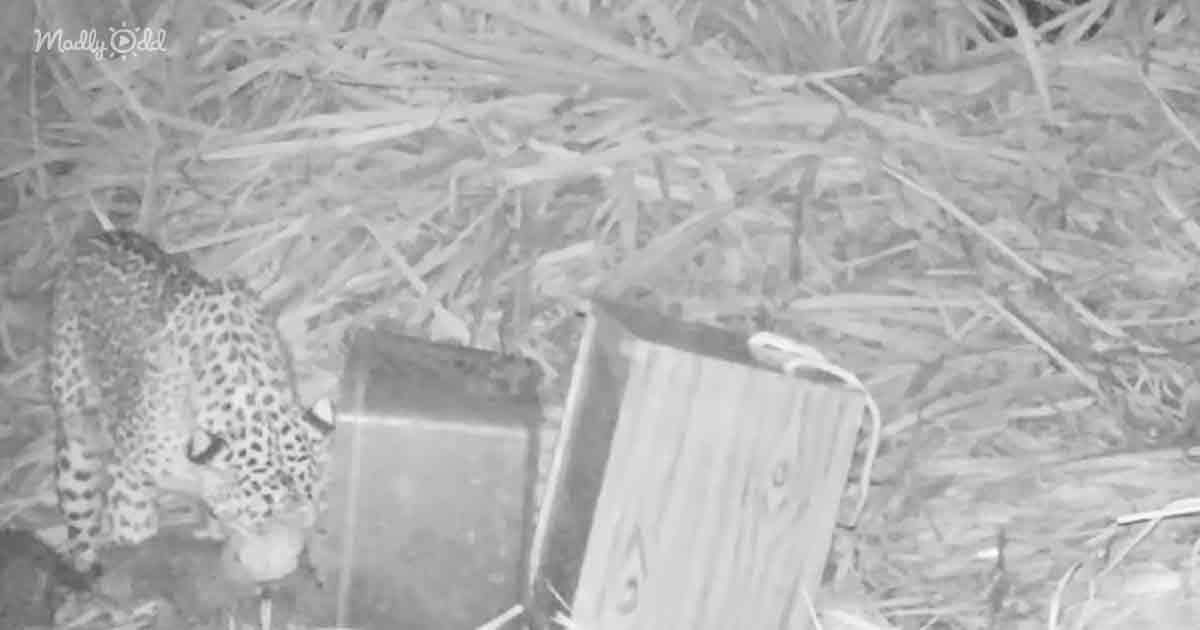 The mama Leopard was relieved to find her cubs safe and unhurt. She took them out of the box and happily reunited with them. The female leopard then carefully moved her cubs to a safer location.

The life of these wild animals has always amazed humans. But, of course, the way the mother leopard took care of her little ones showed how worried she must have been because of the babies.