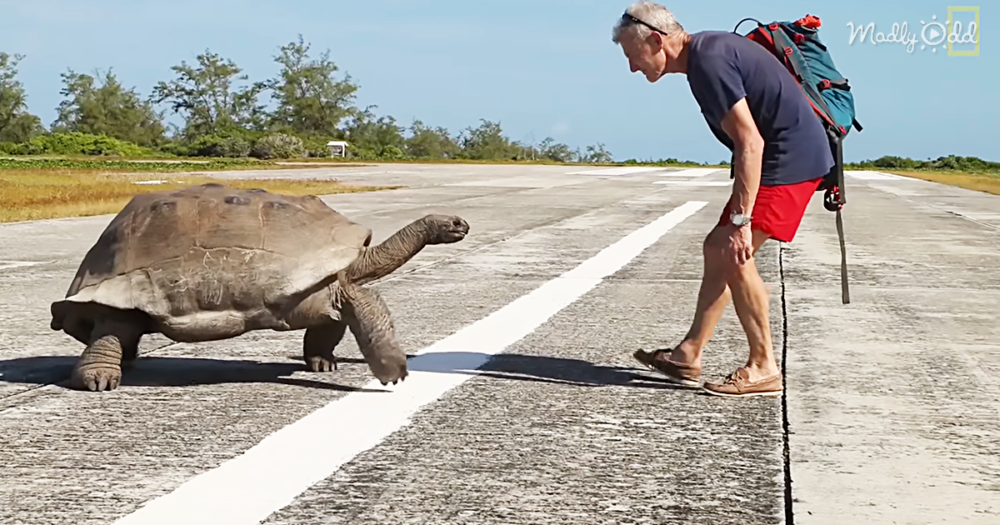 A man being chased by a hissing, prehistoric reptilian, weighing nearly four times more than him, on a remote island is undoubtedly a super scary schene from one of the Jurrasic movies. But what was captured here is not fiction, but an actual life encounter, captured by National Geographic!

The incident occurred as conservationist and Pristine Seas expedition leader Paul Rose, during a visit to Assumption Island, which is a small island in the Outer Islands of Seychelles north of Madagascar. He was following a very load pushing and blowing sound coming from the bushes quite a distance from him. When he got to close, his curiosity got him chased, at full speed, by this prehistoric creature. What is a lucky break for him, is that it was happening at the blistering pace of a great-grandma, walking with her walking frame. 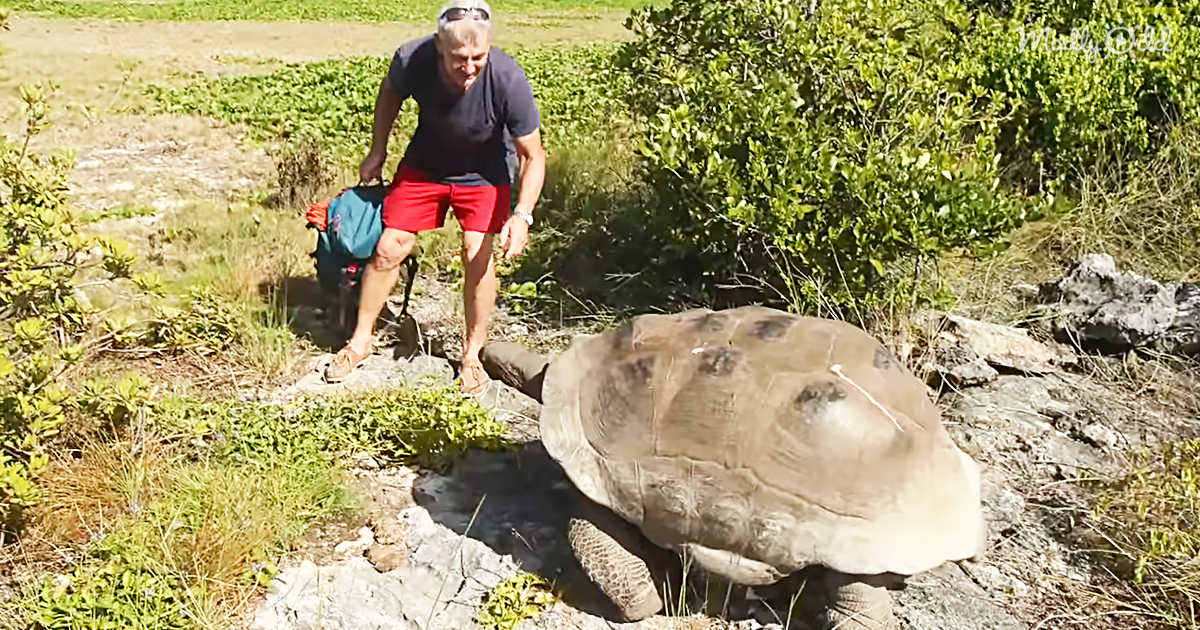 The giant tortoises, which is endemic to this area and the Galápagos Islands in Ecuador, was highly upset with the untimely intrusion of Paul and his team. The sounds Paul was hearing is sort of the “hanging from the schandeliers” noise of this humongous tortoises when mating. The male found the intrusion highly offensive and probably the presence of cameras as well in extremely bad taste.

These tortoises can weigh as much as 919 lb (417 kg) and can grow to be 4 ft 3 in (1.3 m) long. Although quite a sight to see this giant in motion, luckily it is not quite life-threatening if it decides to chase you out of its territory. You may admire this giant of a reptile during its chase without the assistance of slow-motion during your viewing. 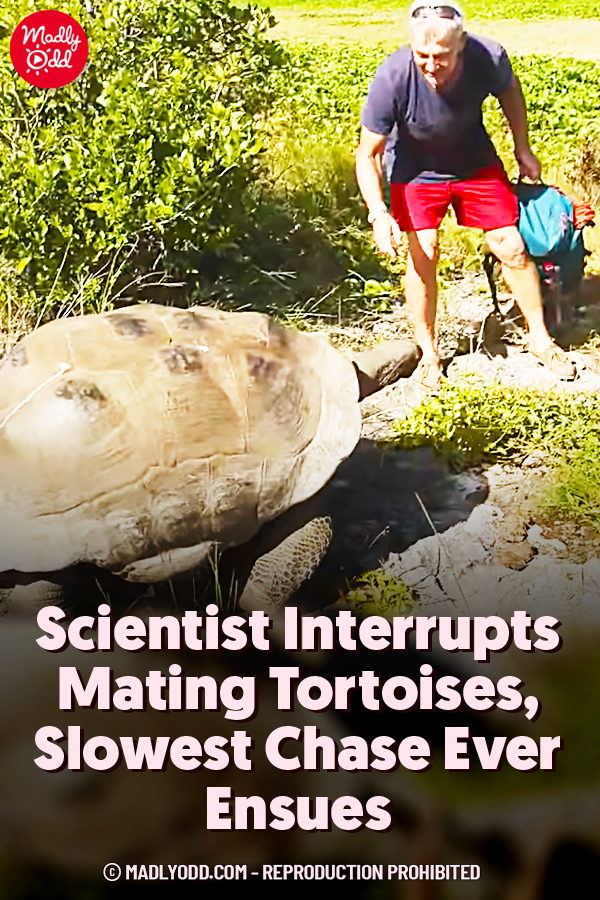