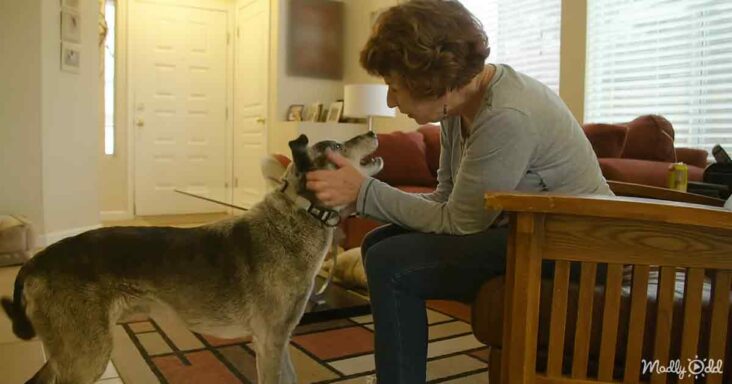 “Oh, you’ve got a great smile.” This first clip introduces us to Ace, a 19-year-old dog with one blue eye, one brown eye, and a surprisingly large amount of energy. 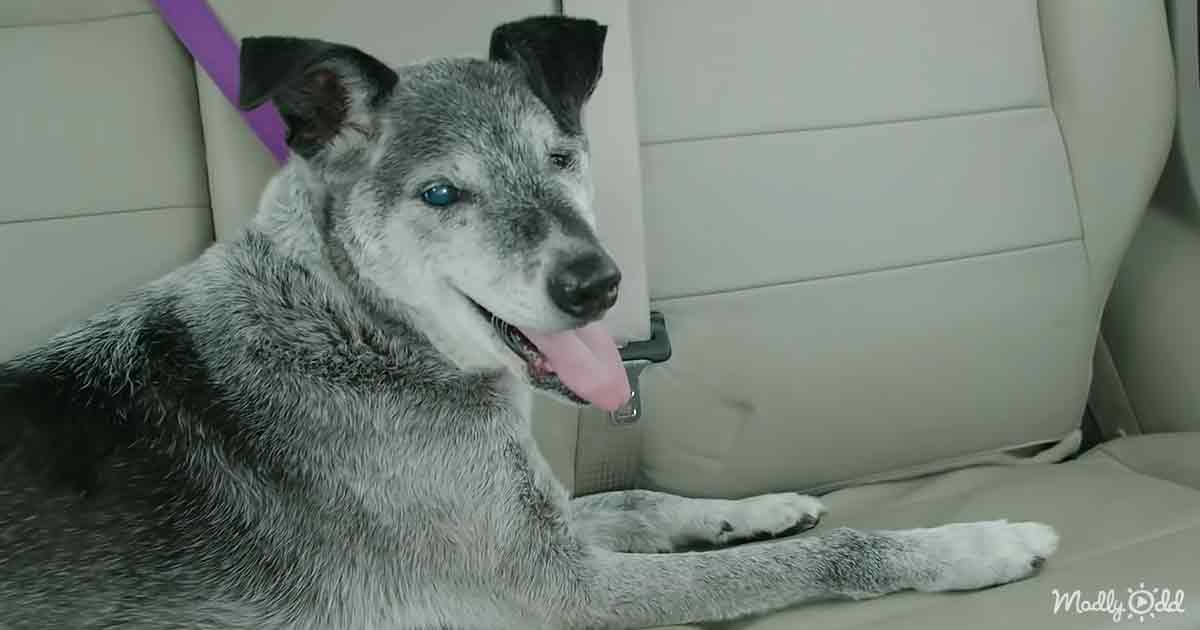 Ace had recently been surrendered to the Sonoma Animal Shelter. Unfortunately, he had to be relocated to the SPCA because of the California wildfires. At this point, he was 150 miles away from his home, with no one claiming ownership or looking after him.

That’s when he met Bonnie, an older lady who loves dogs and often fosters them in her home. She knew Ace would likely have a long wait before adoption, mainly due to his age. 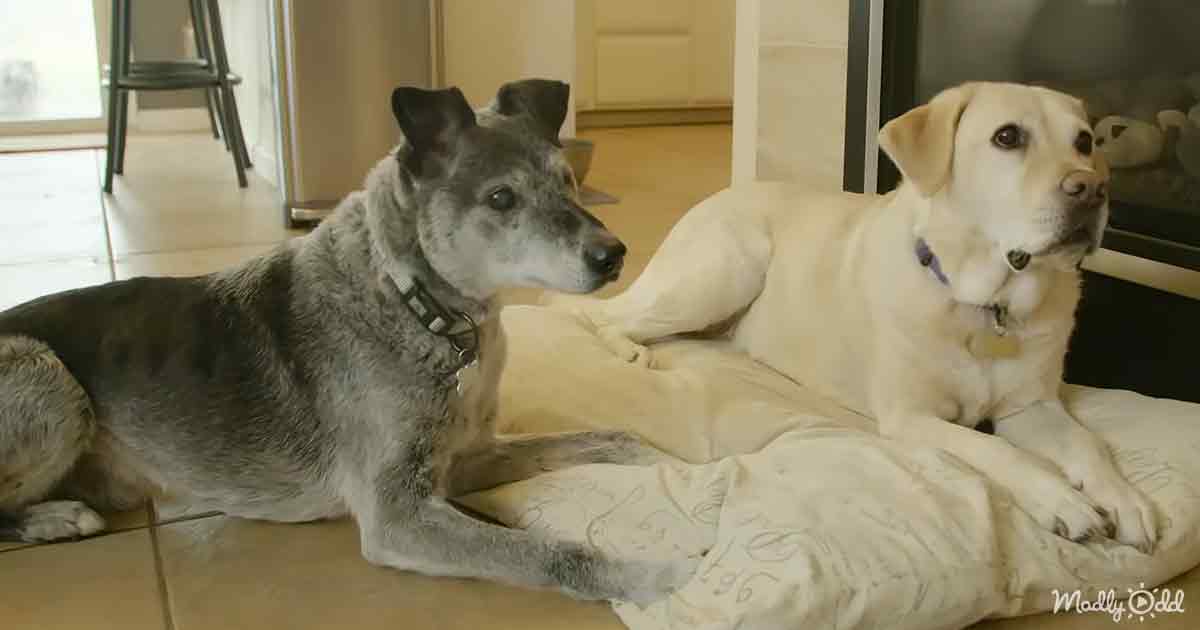 Feeling sorry for Ace and wanting to provide him with some later-in-life comforts, she decided to foster Ace in her home. Initially, she only intended to foster him until he found his “forever home.”

It took Ace a while to get used to his new home. We see him be introduced to his several puppy roommates, but he doesn’t instantly take an interest in them. Instead, he appeared to be a loner, preferring to play with toys instead of other dogs. 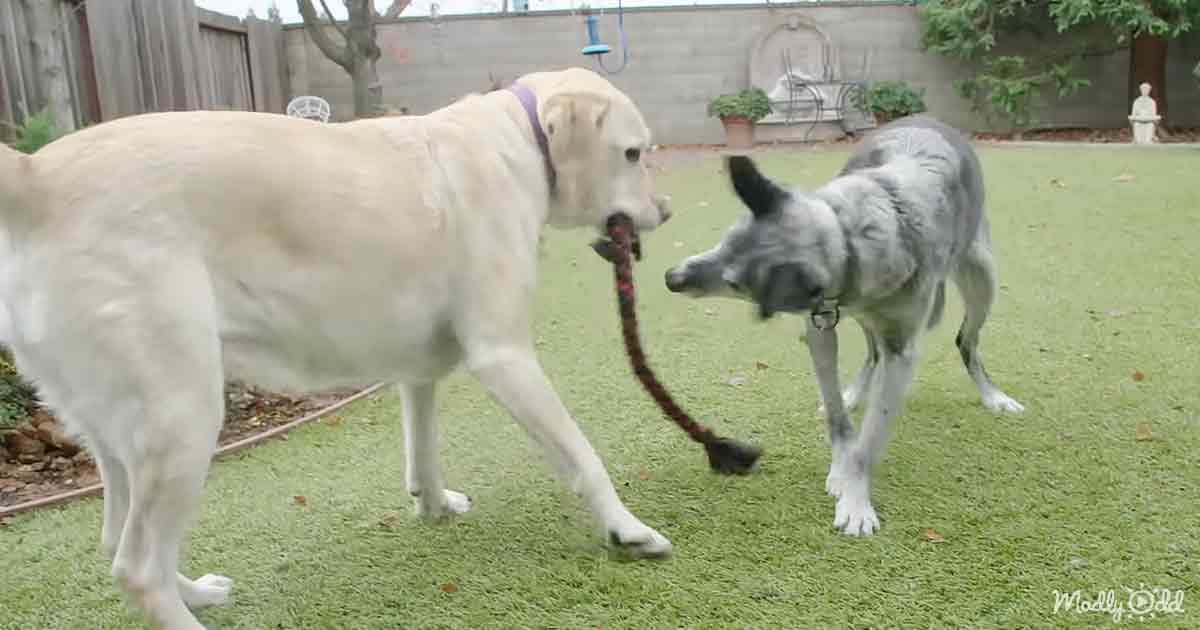 However, Ace soon needed to have dental work done, which left him unable to play with his toys. He began to play with the other dogs more and started greeting Bonnie when she got home.

Perhaps it was a calculated strategy, or maybe he was just starting to feel more comfortable. Either way, being friendly toward Bonnie certainly paid off. She fell in love with Ace and decided to adopt him. Congratulations, buddy: you’re finally home!