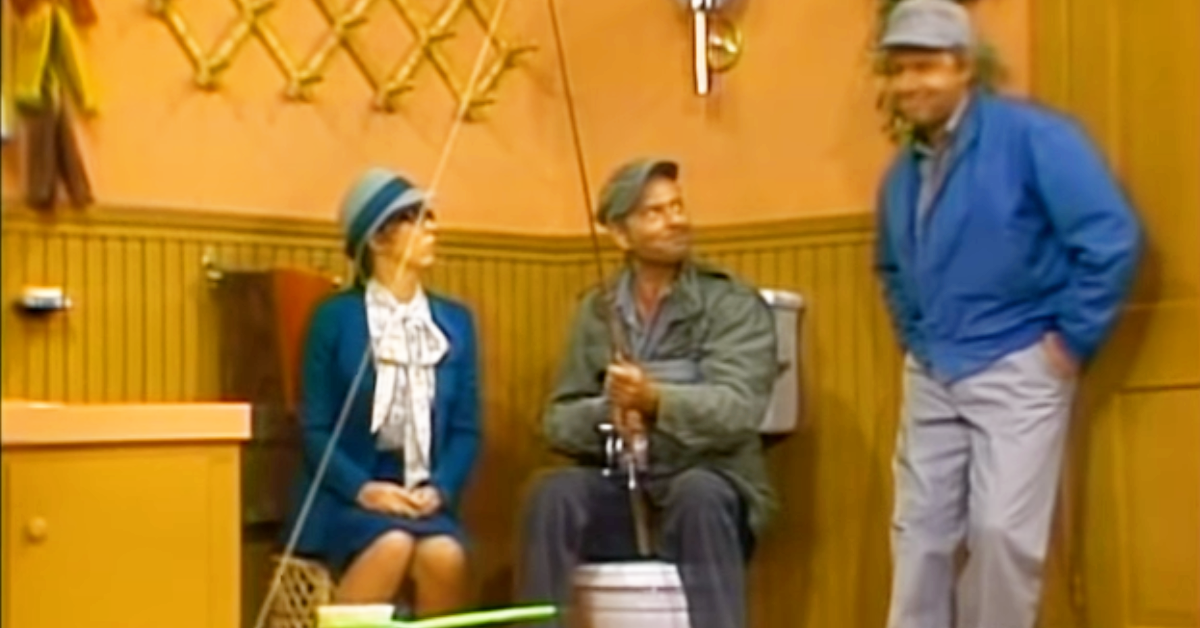 There’s something fishy going on in this apartment building. So who is Tim Conway going to call? Shark hunter, Harvey Korman of course.

You’re going to laugh yourself silly when you watch this hilarious parody sketch based on the movie JAWS. Remember it?

JAWS from the 1975 is one of the most iconic Hollywood movies ever made! After the movie’s release, most people, especially kids and teenagers were incredibly scared to swim in the ocean. Seeing the shark’s fin became the worst nightmare!

With that in mind, a great team of comedians made a JAWS parody called JOWLS. It was a part of a then-famous “The Carol Burnett Show” and starred great actors, such as Vicki Lawrence, Harvey Korman, Tim Conway and Carol Burnett herself.

In this sketch, people from a local building are experiencing strange events in their bathrooms. Namely, a monster they named “the sewer shark” strikes people from the sewer! At the very beginning of the video, it eats one woman in her bathtub, which makes Helen Wills-Fishfinder from the City Water Department want to close the building.

Wally Fuhrman, the superintendent of the building, does not allow Helen to close the building. Instead, he asks Quint, a senior plumber, for help and guarantees they are going to catch the monster from the sewers!

Once they are in one of the bathrooms of the building, Quint uses his fishing rod with a worm as a bait and tries to catch the “sewer shark” directly from the bathtub. As this doesn’t work, Quint and Helen make a quick decision to sacrifice Wally and use him as a bait instead!

Just when they thought they destroyed the shark by putting a dynamite into Wally’s mouth, he returns from the bathtub and hangs a dynamite to Quint’s pocket.

As Helen and Quint are complimenting each other about their heroic act, they go out of the bathroom and the explosion occurs!

The ending scene shows Willy cheering at the bathtub and closing the video as the actual hero!

This whole sketch from the ‘70s emphasizes nonsense of the JAWS through sarcasm. Any person with a good sense of humor, whether they are a fan of JAWS or not, will love this parody! The way the narrative describes the “sewer shark” and the way the actors interact is priceless!

One comment says, “This was amazing.  What a generation and what good clean fun. Boy, do I miss shows like this one.” It makes everyone nostalgic of the JAWS era.

The next comment, “Great to have been a teenager during the ‘Jaws’ era, so much culture built around the film, so many parodies, so many imitations, it was a lot of fun” confirms it.

The original JAWS was extended with many parts produced in the following years. Whether you were a fan, you still are or you simply like good and smart sense of humor, you should totally watch this parody. It will bring back a lot of memories courtesy of Carol Burnett and her friends. Enjoy!