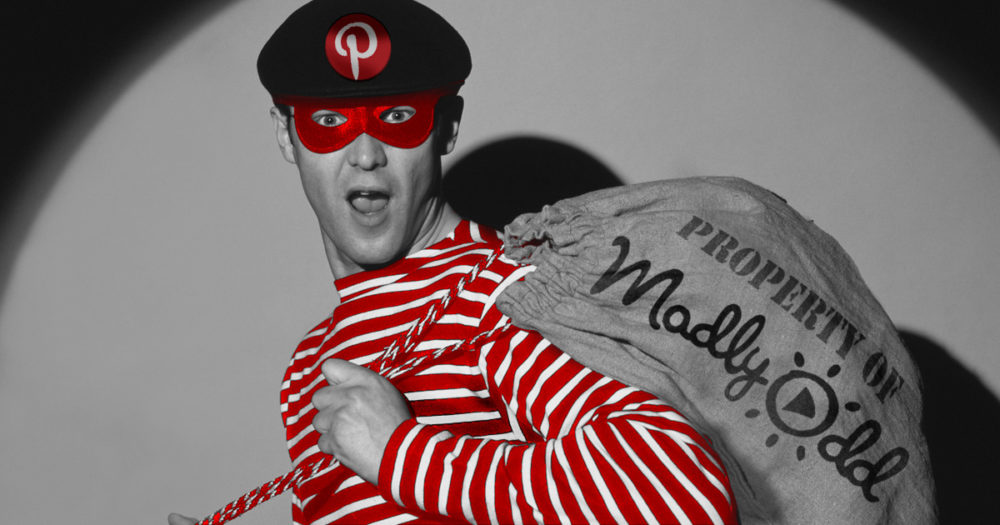 Back in late 2018, we decided to expand to other social media platforms,  so we joined Pinterest, among other platforms.  I admit, at the time, I was not one of the biggest fans of joining Pinterest.  But that would soon change.  As I would realize, this would give people more options. Because if you did not like talent shows, but you loved our cat, dog, Carol Burnett posts, you could pick and choose which boards to follow and only get the content you liked.

By 2019, things were pretty good. Pinterest was our second most significant source of traffic, and there was a visible road map (or so I thought) of how to manage an account on Pinterest.  Facebook these past few years has been unpredictable, a real roller coaster of extreme highs and lows.  We were allowed to expand to a different audience far faster with Pinterest than we could on Twitter.  So, by the end of the year, I planned to launch other projects (animal rescue, pet, and gardening oriented) and move half of our Facebook advertising budget to Pinterest. Because everything appeared stable.

We saw a sudden dip in traffic from Pinterest, and our pins had a weird error when you clicked on them, 404 messages.  Our account was still active, and we could still pin.  So we reached out to Pinterest,  hoping they could fix this error.  But the very next day, they suspended our account.  But that is not the worse part.  They claimed we violated their terms of service, but unlike any other social media company, they refused to provide proof of what we had done wrong.

Back in 2017, Facebook stopped us from running an ad because they claimed there was nudity.  They show us the ad they thought violated their ad policy.

They allowed us to argue that cows are allowed to be naked and turned the ad back on.  I am glad they did not force us to dress the cow up, as the last time I did that, the cow would have nothing to do with me for a week.

The process of getting Facebook to turn the ad back on was done in less than 48 hours.  I did not have to contact them repeatedly. A simple “cows are supposed to be naked” was all Facebook needed.

This is the message we get every time we ask Pinterest for proof.

I don’t think we have gotten one unique response from Pinterest, as there are only three different responses that we have seen used dozens of times. So I am guessing to cut down on the workforce they are automating support.

We spent the last few months trying to find what we might have done wrong.  At best, we could think of things to improve, but nothing that would violate their terms of service.

We reached out to experts; they tell us to contact them every couple of days and to make sure to tell them how vital Pinterest was to us (they wanted us to butter up Pinterest’s ego).  Looking over our practices, they could not find any severe infractions that would justify a suspension, just recommendations on how we could do better.  But this does not just happen to us.  Something trips Pinterest’s algorithm, and they suspend you, they do this to personal as well as business accounts.  I am finding people that had their account suspended just because they repinned someone else’s content.

February 2020, one of our Facebook fans contacted us about a stolen pin.

While we were no stranger to and had reported several stolen images, it was never this rampant.  Below it was more stolen pins, that Pinterest was recommending. Not one of them went to this site. Not one of them had anything to do with the stories those pins were created for.  While we could see no clear violation on our end, there was a blatant violation of Pinterest’s spam policy from those they allowed to steal our pins.

This is the point where we have to tell you to be very careful about what pins you click on and repin. At this point, I would avoid any pin that shows Madlyodd’s logo because these stolen pins may lead to sites with malware, which will mess your device up and possibly steal personal account information (also called phishing).

Especially when Pinterest recommends to you pins that we have no control of in your notifications.

Now the weird thing is if we violated Pinterest’s terms of service, then why do they keep our pins from our account up?  If we were hurting user experience (which the amount of traffic we were getting argues otherwise), they should have removed any of the content we created. Every pin of ours that was repined now recommends a ton of stolen images that send you somewhere other than intended.  That is, by definition, bad for user experience.

While we have filed DMCA complaints (436 counts) with Pinterest, they are allowing those who stole are pins to file counterclaims.  Again (I repeat myself for Pinterest if they bother to read this), those stolen pins go to sites that are considered a violation of their spam policy.  I am assuming that an automated system enabled these stolen pins.  Not to mention put their users at risk of malware and phishing.

Why do you defend those who steal our images to violate your spam policy? What do you have to gain?

Why did you suspend our account for their violations? pic.twitter.com/aZS1gnLLmG

So far, we have filed 436 DMCA complaints, with more on the way.  It took one of our staff 32 hours to find those.  Another week to find 320.  But more keep popping up, and Pinterest is recommending our stolen pins because some of you follow us, and Pinterest thinks you will be interested in our stolen creative works.

How you can help?

If you see any of our images on Pinterest, let us know at legal@madlyodd.com by sending us the URL of that pin. Please do not repin them or click on them.  We will update this post when Pinterest removes all of our stolen pins and hopefully restores our access.

Thank you for your time,