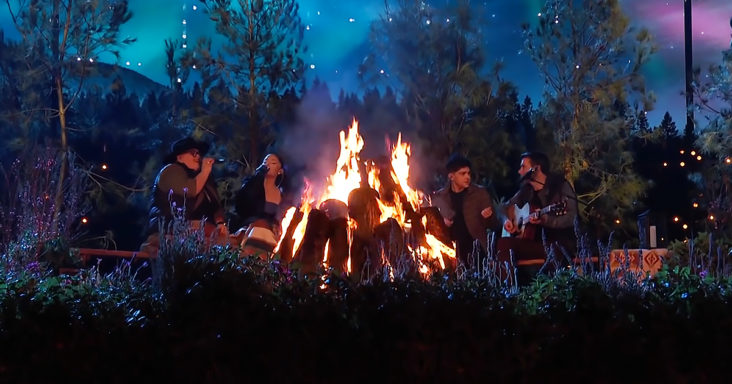 On ‘The Voice,’ Team Ariana performed Rihanna, Kanye West, and Paul McCartney’s ‘FourFiveSeconds.’ They sang it during the Top 11 Live Eliminations. Ariana sat on a bench with Holly while Sasha sat with his father, Jim, across from them. 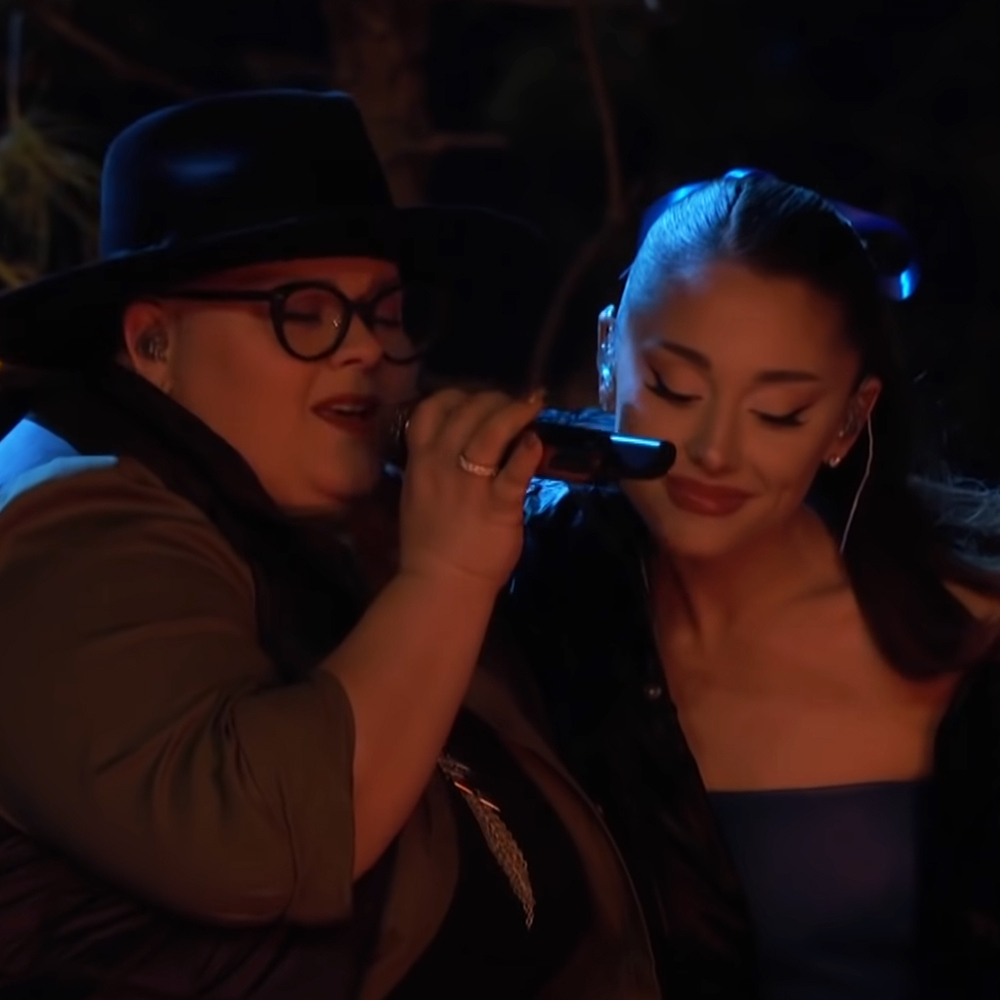 Jim was playing guitar, and they were on the stage, gathered around a campfire. There were trees and plants around them, and they were dressed warmly.

The forest behind them had dim lights, and the sky above was full of stars and the dancing lights of Aurora Borealis. It was a stunning scene for their performance. 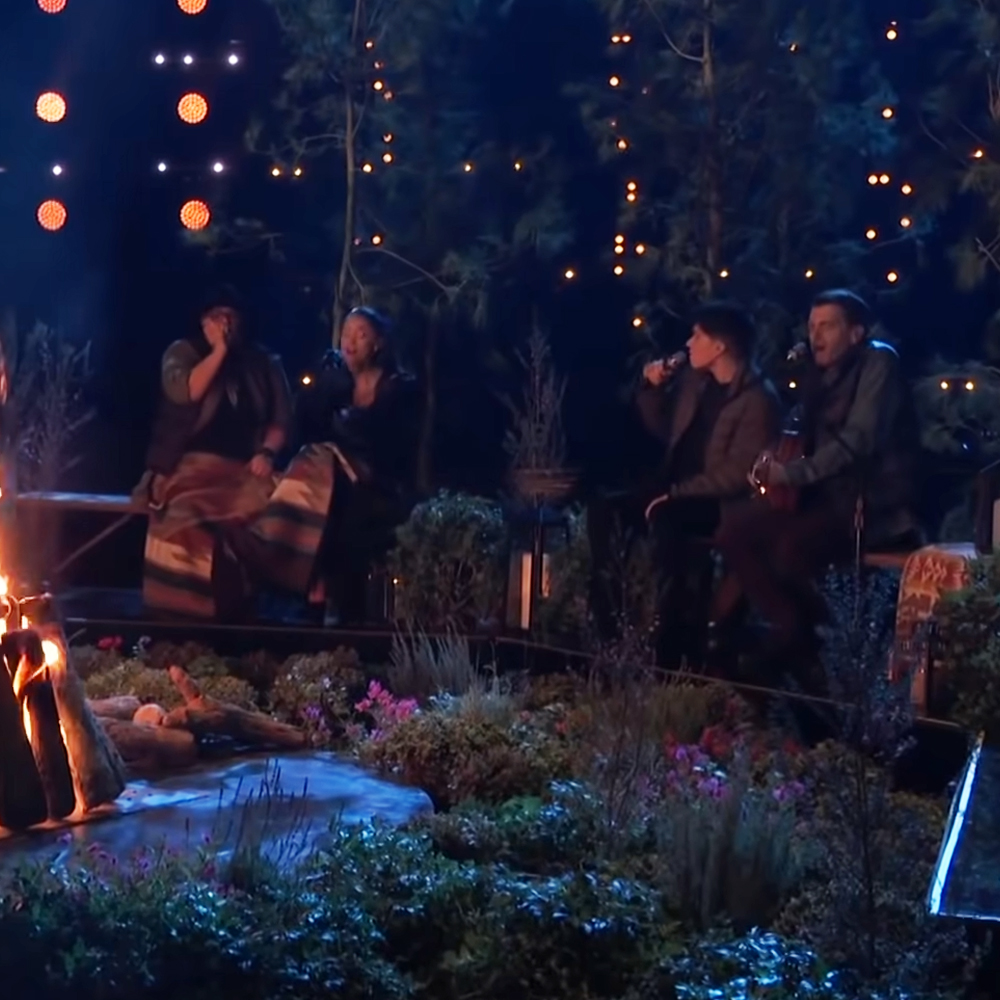 Ariana takes the lead with her incredible voice, and the other singers are also excellent. While Holly and the others sing their parts, Ariana can’t help but smile and watch them.

She has done a great job at being their teacher, and she had a proud look in her eyes. Their minor harmonies were terrific, and they sang together beautifully. 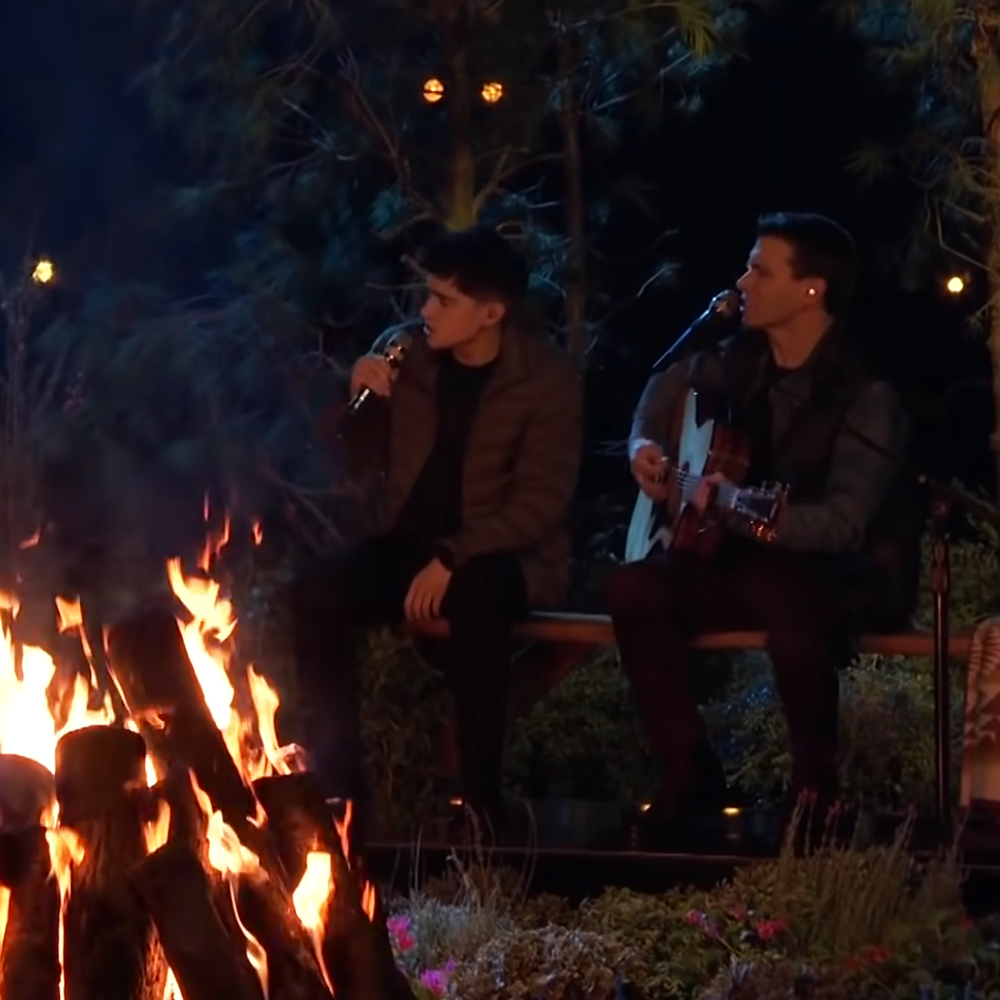 The crowd cheered for them during their individual parts and when they sang together. An orange glow from the crackling campfire covered them, and it was a heartwarming performance.

They all did a remarkable job of singing, and they did it all while sitting down, which is no easy feat. Team Ariana’s cover of the song was unforgettable.