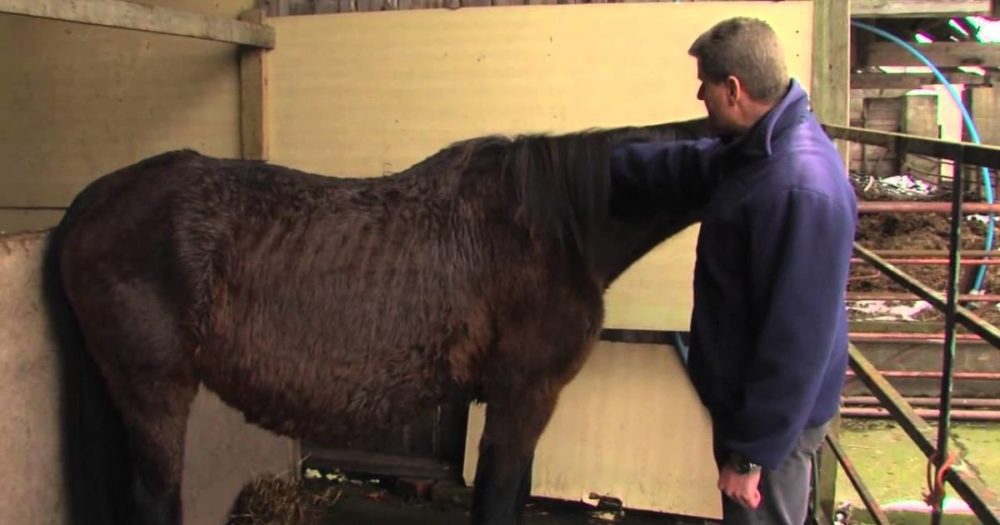 When rescuers from World Horse Welfare arrived in an icy field, they saw two mares and two foals freezing to death. One of the pair was Macy and her foal Loca. It seemed that they were abandoned. Those poor animals were freezing, starving, and utterly exhausted. And the cold weather wasn’t helping much. Macy was shivering wildly and it is heartbreaking to see that she might have given up her hope on living.

The vet arrived on the scene and thought that Macy had to be out down; she was too week. But when she stood up, they realized that this mom still had a bit of spark left in her. So they took them to the U.K.’s Hall Farm Rescue and Rehoming Centre to carry on their treatment and rehabilitation. You are going to touched when you see Macy now. 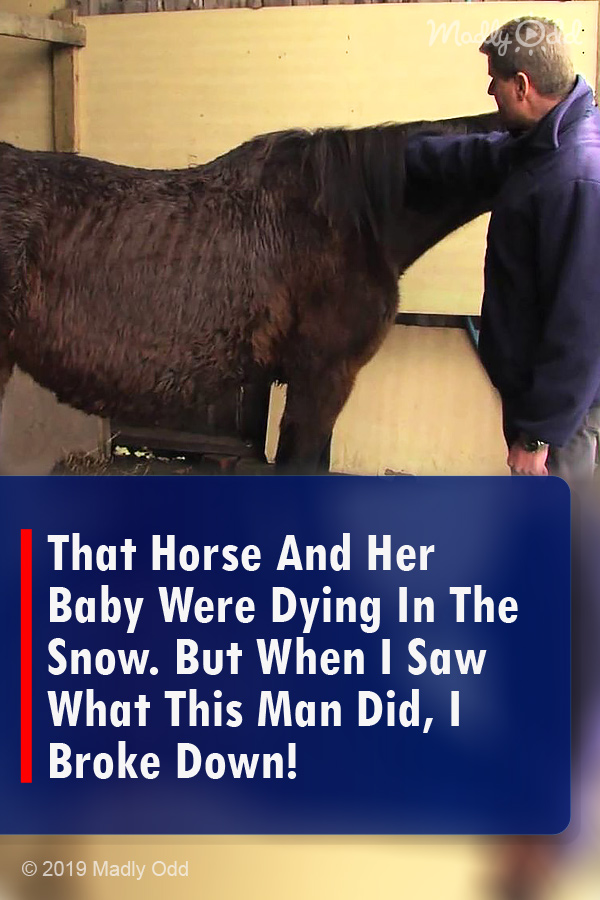