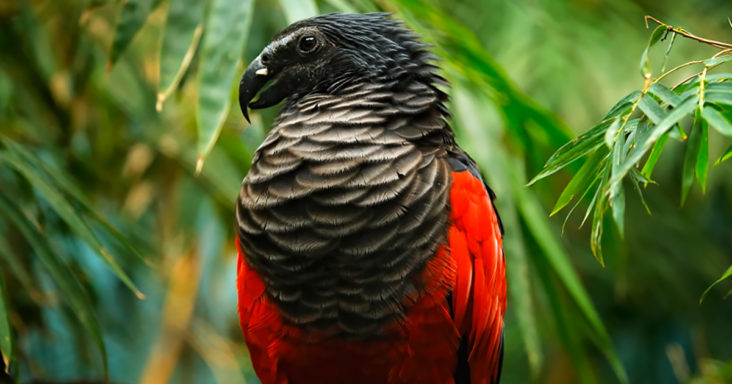 This black grey parrot with red belly feathers is one of a kind. Unlike other parrots, Pesquet’s head is relatively small, lacking feathers on the head, and has an elongated hooked bill similar to a vulture.

The lack of the head feather is because they had to adapt to their environment, especially their feeding habits. They are frugivores; hence they exclusively feed on only a few species of figs, along with flowers and nectars. 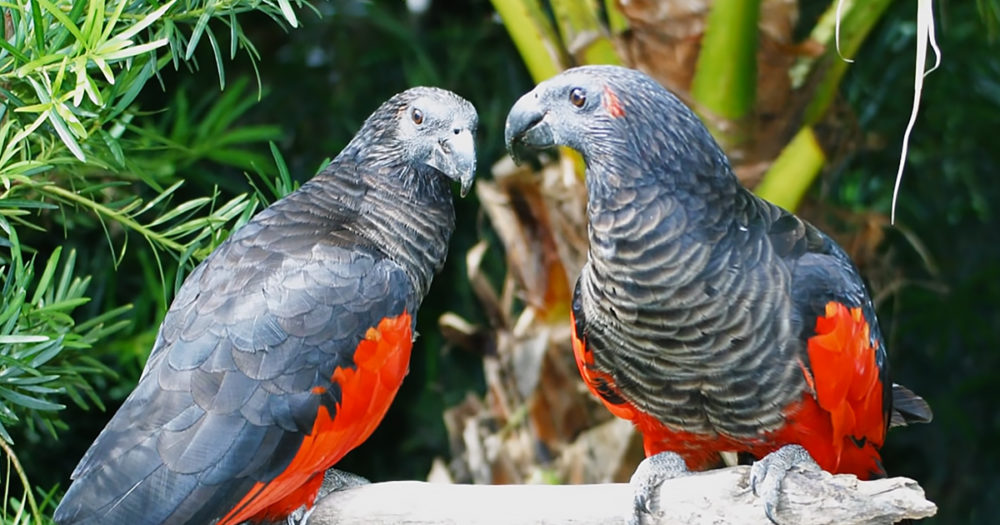 If they had dense head feathers, it would obstruct their feeding ability or even make a mess while they drink the nectar of flowers. The featherless face of this Parrot is the only Parrot like this on Earth.

They are called Dracula parrots because of their terrifying call. The sound is high-pitched and a bit softer. A full-grown Dracula parrot has a body size of about 18 inches.

Not much is known about their breeding habits in the wild. However, they are seen in pairs or groups of a maximum of 20 birds together. The feathers of the Dracula parrot are highly prized. This also includes the keeping and breeding of these birds in captivity.

This has resulted in the overhunting of these birds, and they are now on the IUCN Red List of Threatened Species. As a result, these birds are vanishing from our Earth. It is our responsibility to protect these bizarre but beautiful birds.