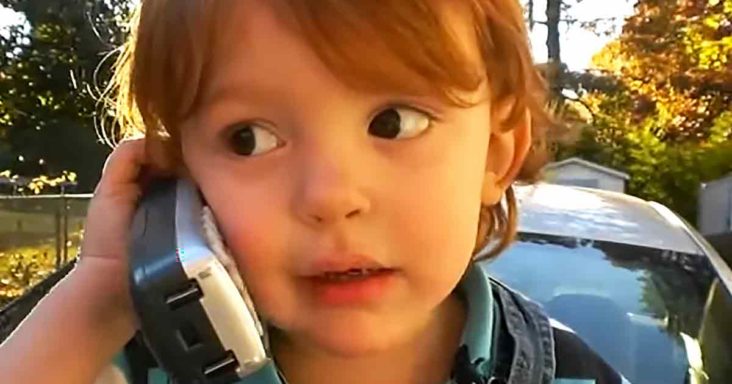 Little Carter wanted to talk to on the phone. So his cousin let him talk to her friend. The result is the most adorable phone conversation you will ever hear. 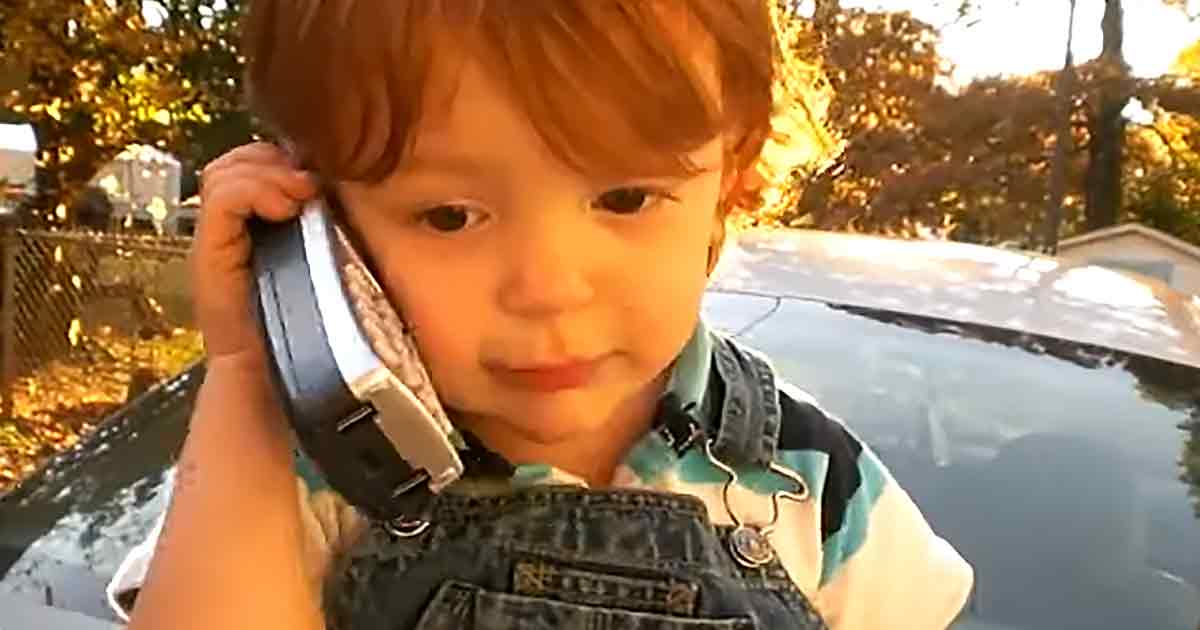 At first, he is a little bit shy and doesn’t know what to say. Then he starts talking in rapid-fire toddler gibberish to the other person on the line.

She asks Carter if he loves his cousin. He very adamantly replies “no,” which elicits laughter from his cousin who stood recording the conversation. But the fun doesn’t stop there. 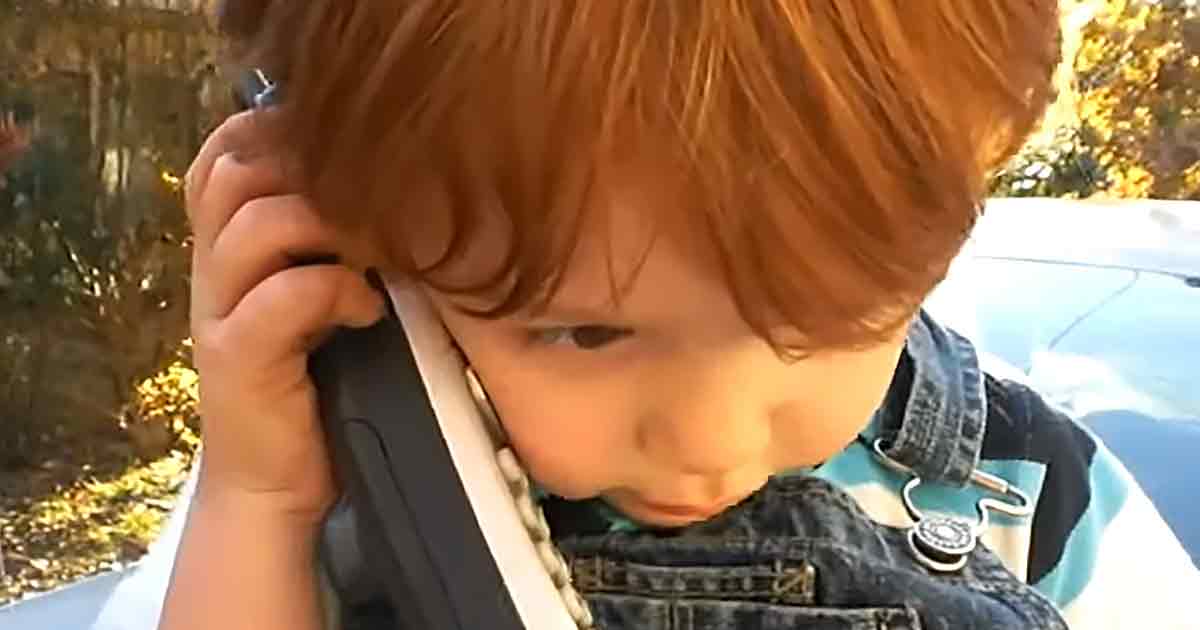 Carter continues to babble about how his daddy is in the house. He also seems to think his grandma is there too, but his cousin insists that she is not.

Several times the toddler says goodbye and then begins to ramble on in his made-up language. Everytime his cousin tries to take the phone away, he brushes her off. 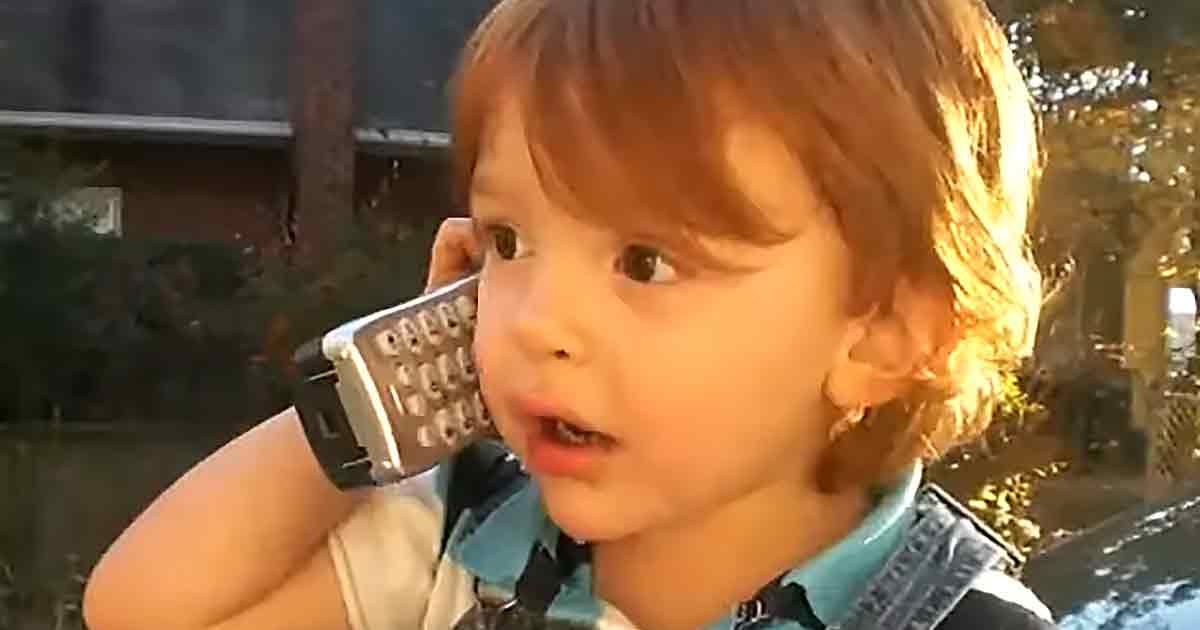 Finally, he begins to sing a nonsense song to the girl on the other end of the phone. He goes on and on with his tune, even though neither of the adults understands what he’s saying.

Kids can do the funniest things. Sometimes you just have to sit back and press the record button. I’ll bet Carter’s cousin is glad she thought to make a video of this sweet moment!