Horses are one of the most magnificent animals on the planet. They are beautiful to look at, strong, and very intelligent. Baby horses are some of the cutest kids in the animal kingdom. The video below features one of these young’uns who has stolen many hearts since she was born last month. This cutie has been popular because she is the product of a one-of-a-kind coupling.

She is called Lady Nadira. According to the video, her mother is a Haflinger and her father is the only Fewspot Gypsy stallion currently alive in the USA. This horse breed is traditionally spotted, but this particular horse has no spots. But he still carries the spotted gene. This means his foals have the chance to turn out spotted like Nadira. Such rare horses have always been a thing of fascination and are often used for breeding opportunities. 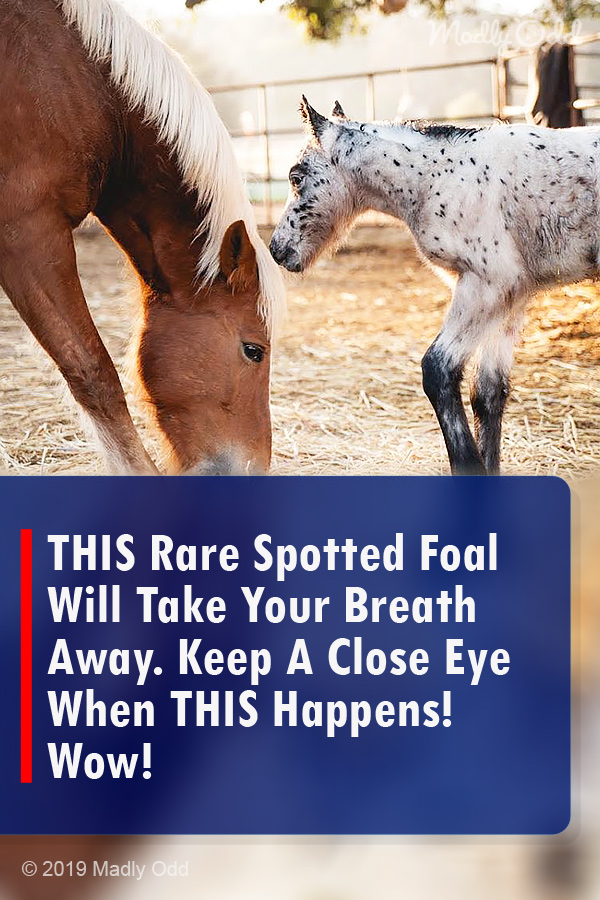