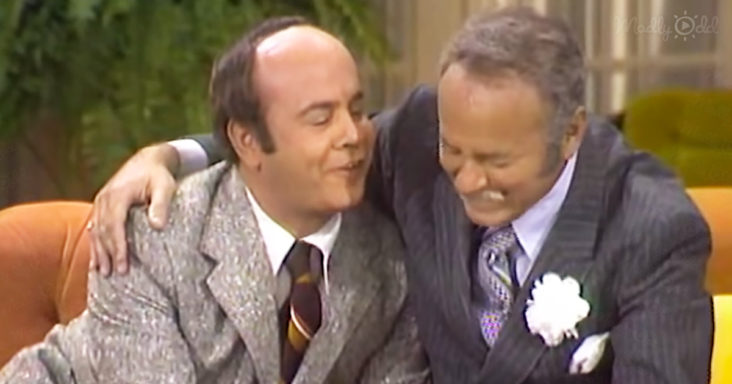 The cast of The Carol Burnett Show had trouble keeping a straight face during a hilarious sketch. When a doctor brought home the dog of Tim and Carol, he accidentally injected Tim with a syringe meant for his dog.

As the evening progressed, Tim started acting more and more like a dog. Their guests Harvey Korman and Pat Carroll, arrive at the front door. Tim barks when he hears the doorbell ring.

Harvey is there to discuss plans with Tim about a shopping center they want to build. They all sit in the living room as Tim fetches his building plans. 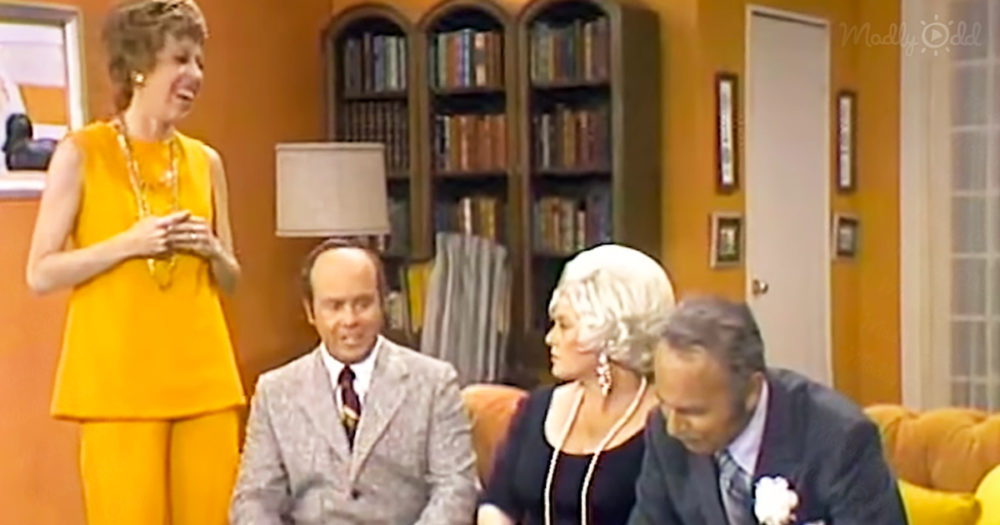 Tim doesn’t return, and Carol checks in on him, and she finds that he is holding the paper in his mouth. He only responds when she treats him like a dog.

Carol goes to the kitchen, and Pat leaves to help her. Tim and Harvey are left on the couch. Harvey calls Tim, and he jumps up beside him.

Harvey does his best to keep a straight face as Tim licks his hand. As Harvey is talking, Tim howls, and at this point, Harvey can’t help but laugh.

Carol catches the disease as well when Tim accidentally bites her. They scare away their guests by barking at them as they run out the door. After the sketch, they show bloopers where the cast members laugh uncontrollably.