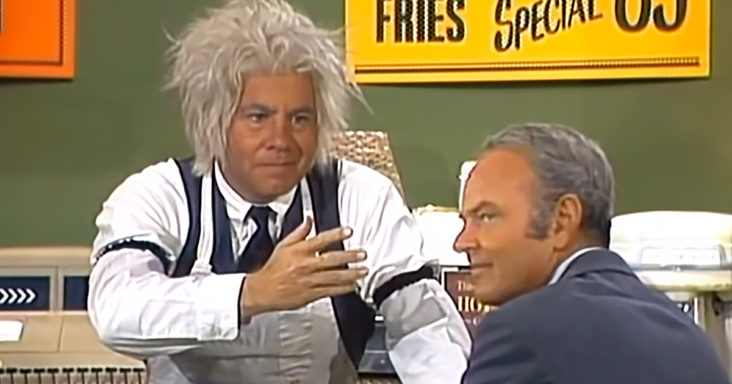 ‘The Oldest Man’ is one of the most famous characters from ‘The Carol Burnett Show.’ Played by Tim Conway and often acted opposite Harvey Korman, who has to play the straight man to Conway’s crazy old man. 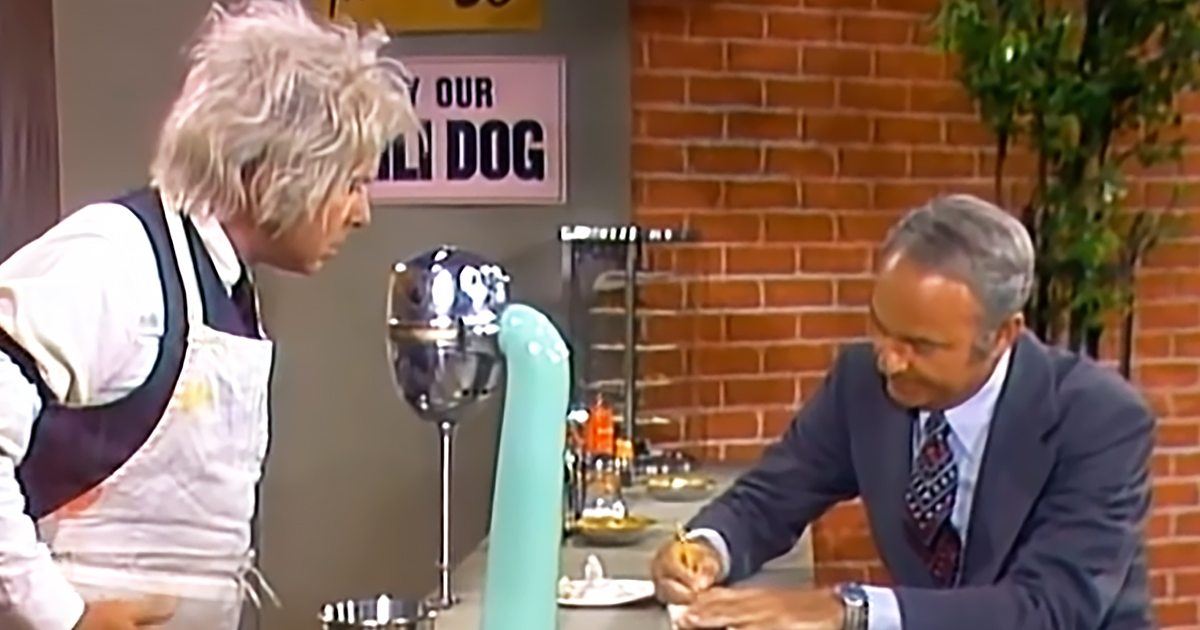 In this sketch, The Oldest Man runs a hot dog shack. The skit opens with an extra finishing his meal and asking an off-screen vendor for directions to the post office. He waits for a beat and then leaves, feeling ignored.

Harvey sits down, waiting to order. The Oldest Man slowly pops his head up, which gets the audience excited. Instead of greeting his new customer, he begins giving directions to the post office. 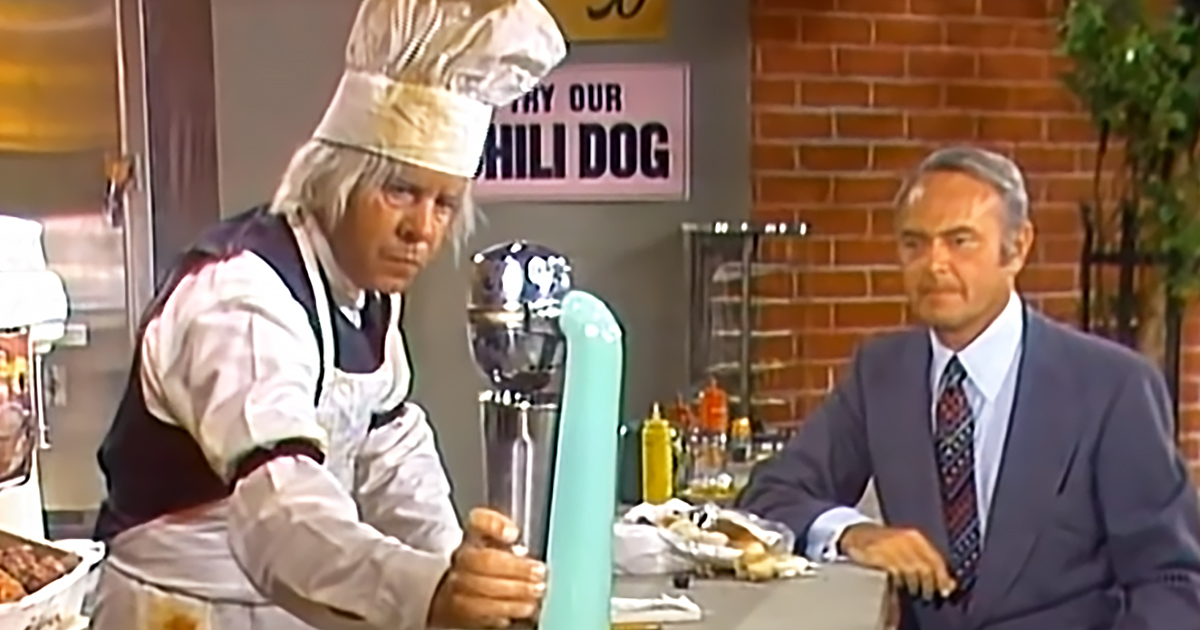 After a lot of confusion, Harvey gives his order to The Oldest man several times. Harvey finally writes it down on the pad, though it’s only a hot dog and chocolate shake.

The Oldest Man still doesn’t get Harvey’s simple order. He gets distracted by Harvey’s writing, then he offers him fries. Tim starts making the fries then forgets the rest of the order. For the second time, Harvey tells Tim he’s in a hurry, so Tim pulls out a stamp and pad to mark the order “Rush.” 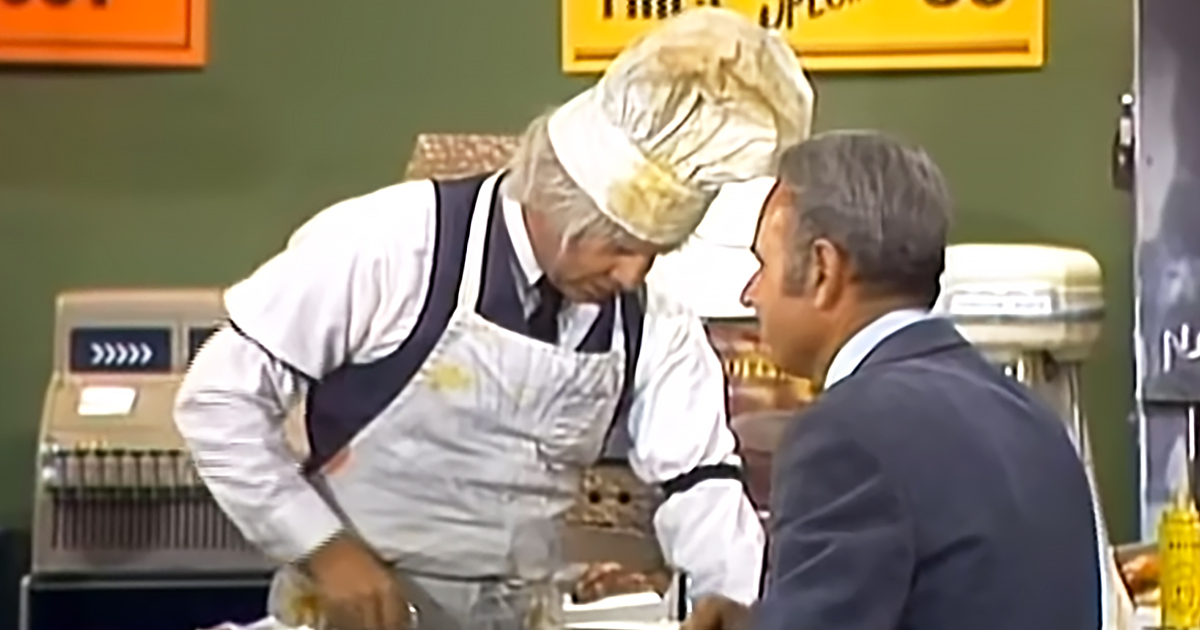 When Tim finally takes the hot dog out of the pot of boiling water, he sees that he never cut the sausages apart, so there are several stuck together. When he can’t bite through the casing, he asks if Harvey would like to eat twelve of them.

Harvey ends up with his cigar in the bun instead of the hot dog through one mistake after another. And the chocolate milkshake–forget it! You’ll be laughing at ‘The Oldest Man,’ right along with Harvey, even though he didn’t get to eat anything on his lunch break.