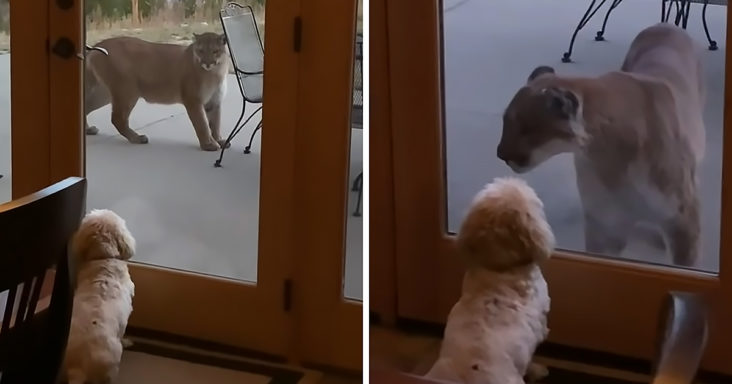 Who says that little dogs can’t be protective? Recently, a little hero proved that dogs are man’s best friend. The tiny dog family recently had an unwanted guest who showed up at their doorstep. 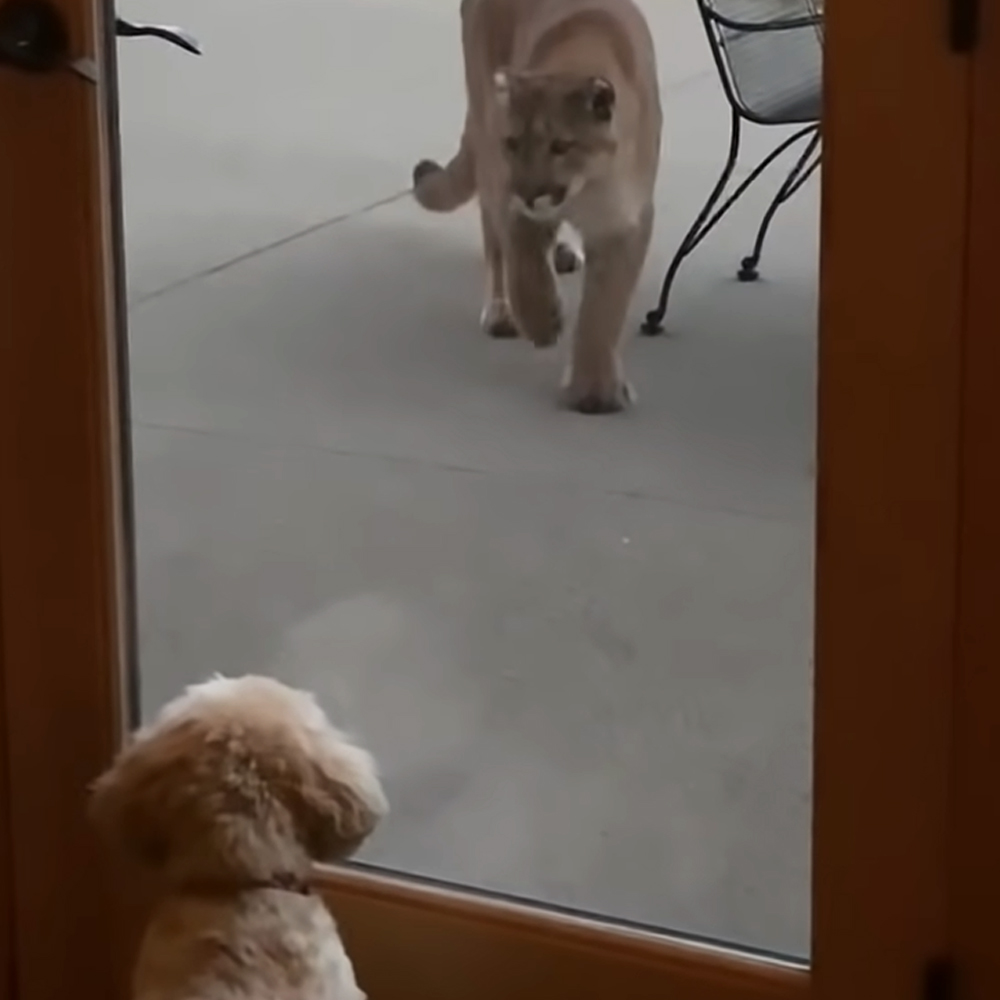 Dash and his owner live in Grand Lake, Colorado, and never expected that they would ever find a mountain lion staring at their dining room. The owner called Dash a few times, but he did not respond to her calls.

This was a very odd behavior as Dash never ignored her call. When she walked towards her dining room, she found that a mountain lion was standing in a frozen state on her patio and was looking at the little dog. 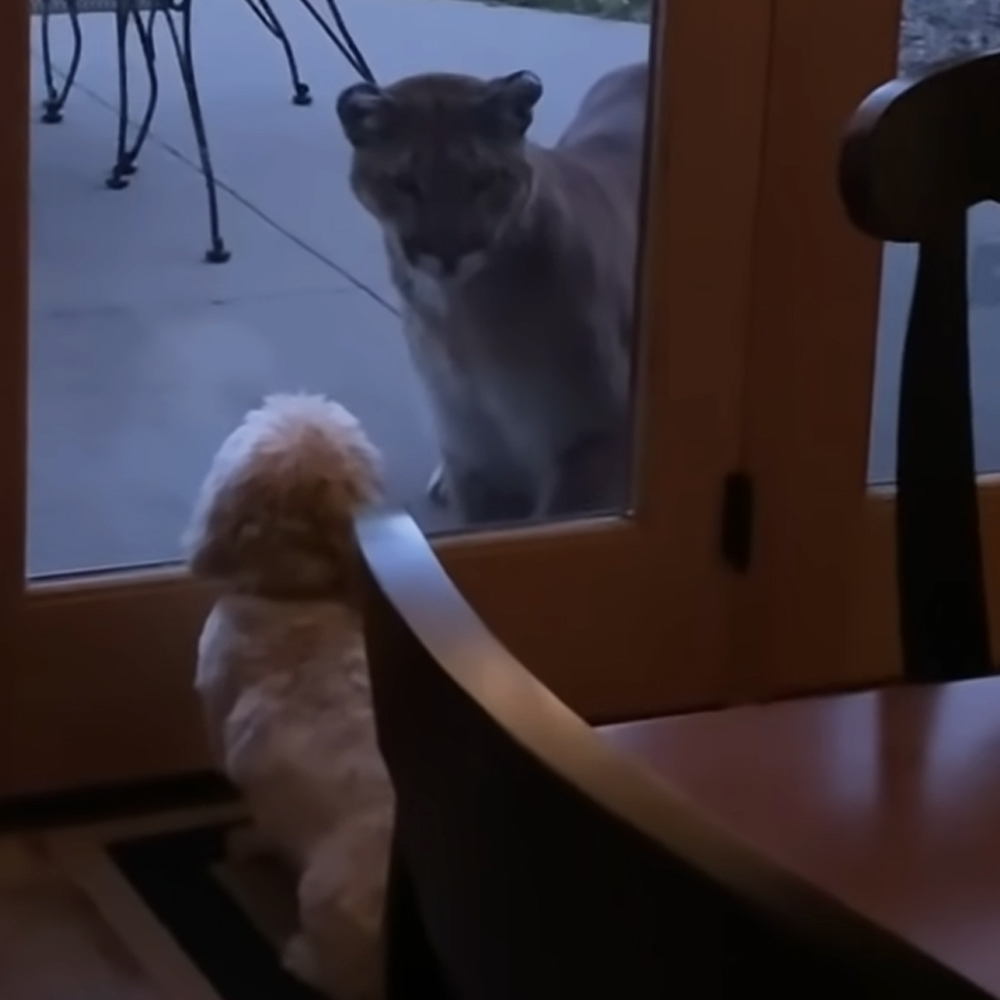 The lion stared at the little dog and slowly walked towards Dash. Sarah was really scared as that was really scary. She had heard about mountain lions in her area but had never seen one.

Sarah was scared when she found the mountain lion close to her pet. There was only a glass door in between the dog and the predator. However, the dog was not scared of the lion. 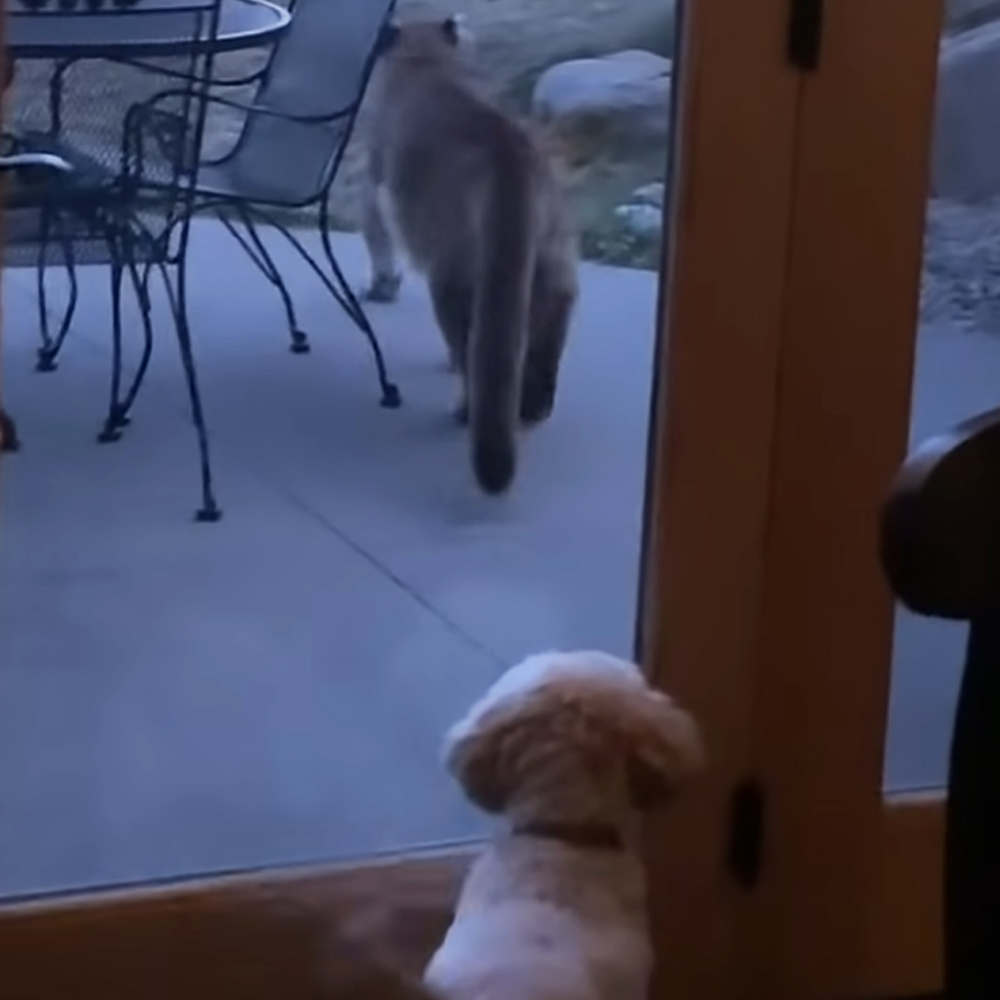 Sarah called Dash several times, but he would not respond to her and stared at the lion. The lion was also inquisitive about the little pet and even tried to find a way to come inside.

Both Sarah and Dash were unharmed as the lion returned to the mountains after he could not find a way inside and did not want to waste any more time waiting for them. Many netizens praised the little dog as he was protective of his mother.