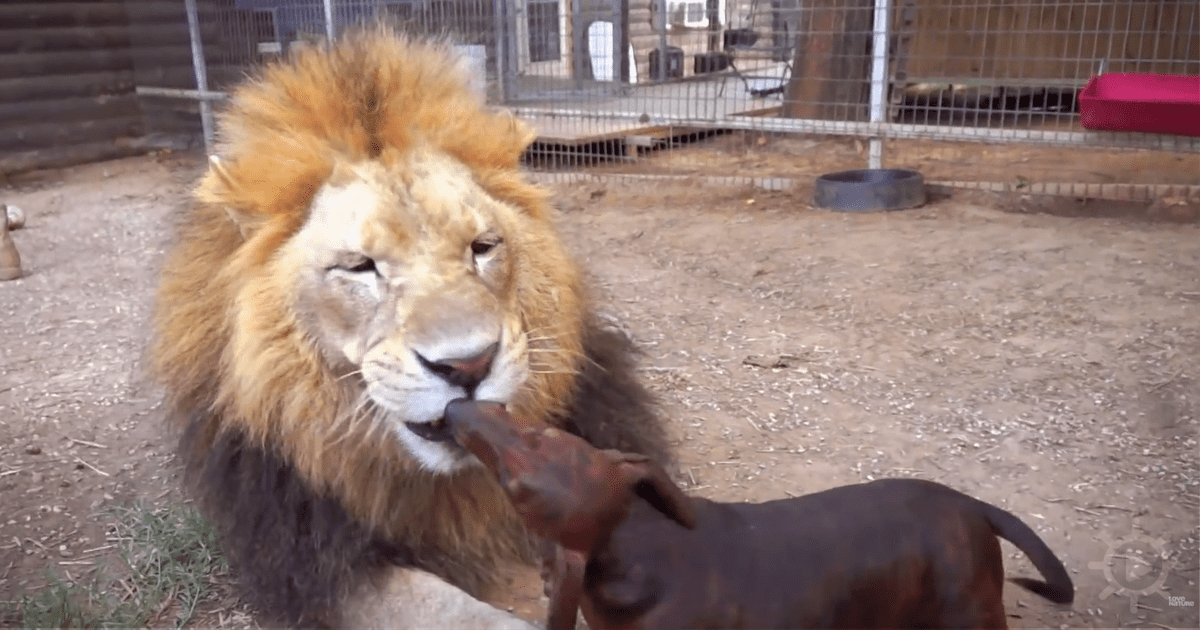 One of the most recognizable types of animals in the entire world is the dachshund dog, with its small stature and unique long body it resembles the hot sausage on the kid’s favorite food, the hot dog. Although they seem pretty harmless, these wonderful little creatures don’t lack the confidence to be in front of bigger animals. The best example of this uncommon behavior is represented by one dachshund dog named Abby that believes she is even stronger than lions.

The G.W. Exotic Animal Park in Oklahoma is a wildlife refuge that serves as a shelter to many animals in the region, due to an unusual economic circumstance many places dedicated to the protection of domestic animals had to close leaving them unguarded and with no other place to go, including our friend Abby. As strange it might seem, Abby doesn’t feel any fear in front of the giant carnivores at the animal park. The presence of bears, tigers, and even lions don’t disturb the nerves of steel that this little dog has. This is something that proves the exact opposite of what we learned at school when the prey tends to run away from its hunter.

Abby seems to like to spend a lot of her time around the other animals. She treats them almost like it was family, playing with them, running across the field, jumping on them, chasing them and even licking them. All the people at the exhibition look at this awkward scene and laugh wondering at the same time how could our tiny friend avoids being eaten by these hungry cats. 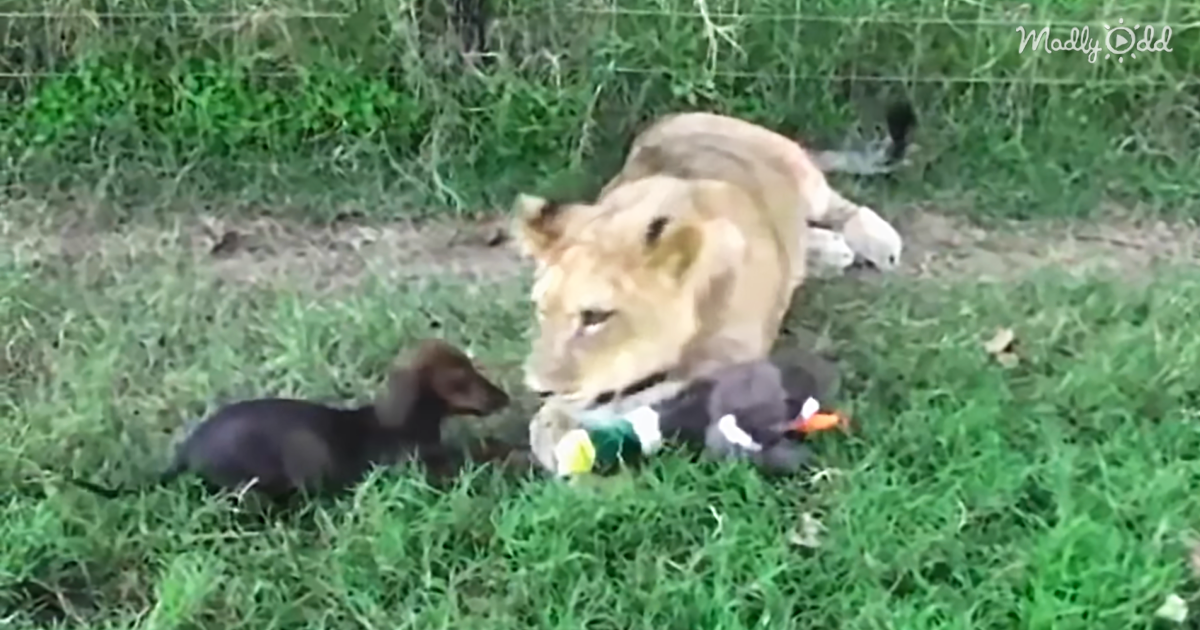 Even the astonishing Bonedigger, the great Barbary lion that also lives on the wildlife park can’t resist having fun with Abby, the dog. If you were in the same area with this gigantic and threatening animal, you wouldn’t think twice about running away for your life, but Abby reacts naturally just as it was another dog. Only the growl of the lion by itself is enough to give you cold feet and a frozen spine.

Every time the personnel of the park tried to separate Abby from the Bonedigger enclosure, the lion cried almost like telling them how much he misses being around of her. With these amazing facts, there is no doubt that love transcends everything, even species. Click play in the video below and observe the wonderful relationship between this dachshund dog and a lion! 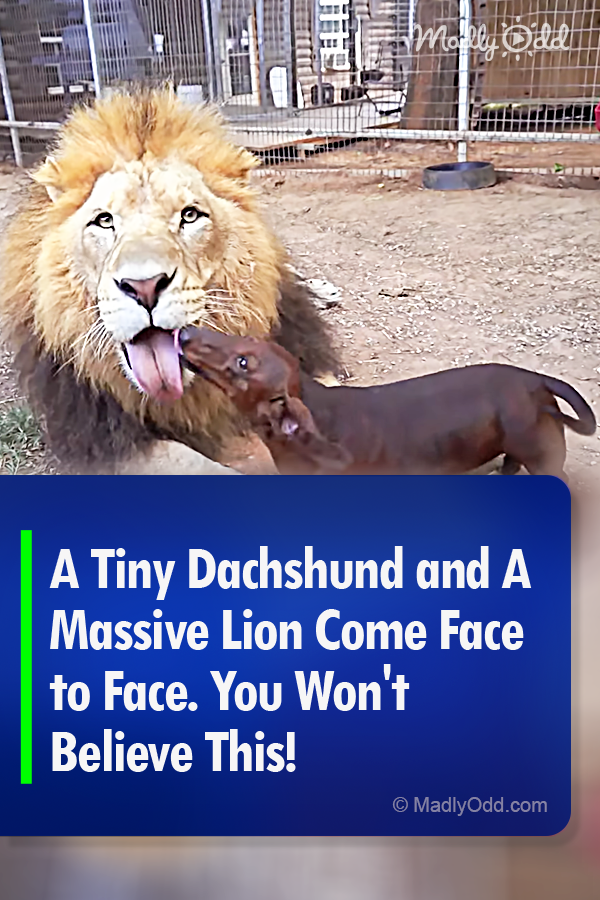