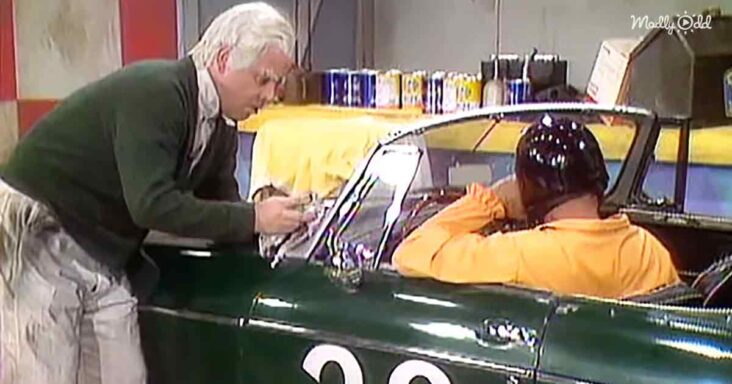 ‘The Carol Burnett Show’ is a sketch comedy show that ran from 1967 to 1978. It aired on CBS and featured numerous guest stars. 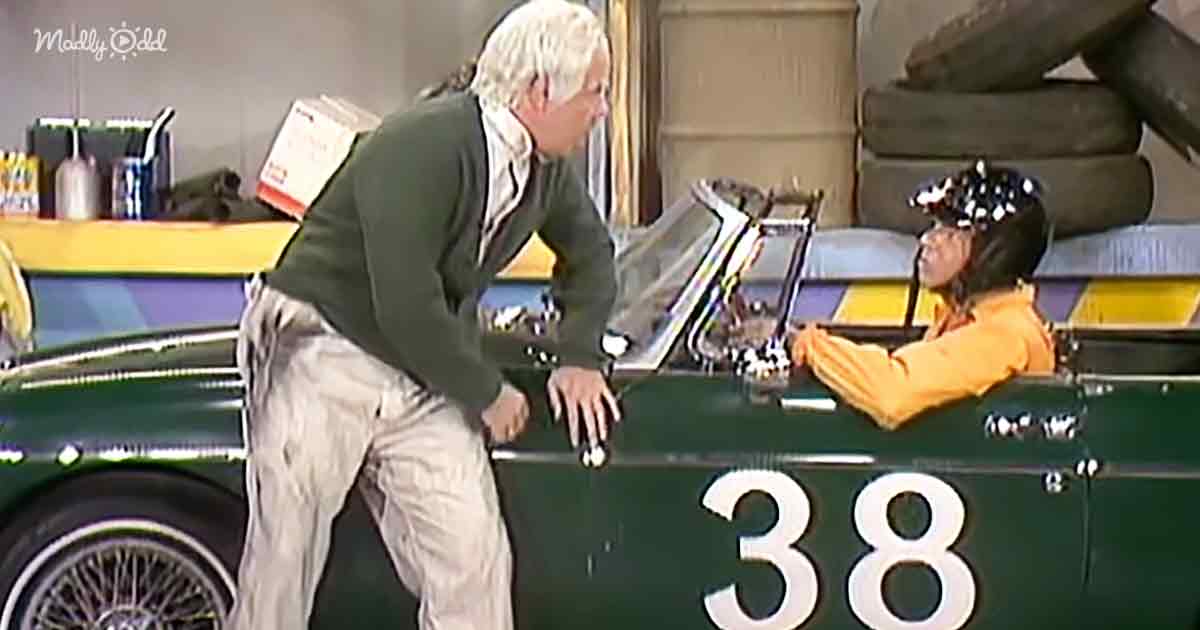 In this classic episode of the series, the first sketch features Tim Conway and Harvey Korman. Korman plays a racecar driver while Conway is an elder mechanic.

When Korman pulls his car in for a pitstop, an aged Conway slowly hobbles towards the vehicle. Conway’s descent off a barrel and walk towards Korman’s car is hilariously drawn out.

As Conway makes his way to the car, he becomes distracted by the other racers. Korman is already cracking up at Conway’s antics, covering his face to hold back his laughter.

The laughter becomes even harder for Korman to conceal when Conway starts wiping the windows. You can see just how hard Korman is holding back his smirks in the close-ups. 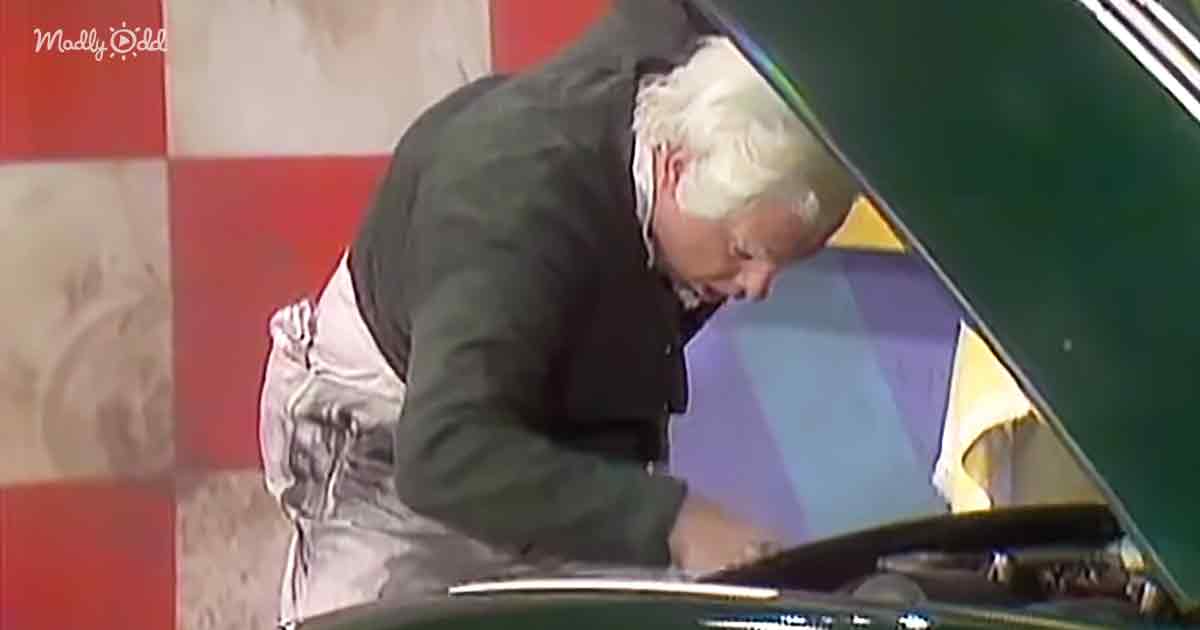 Korman’s character asks where the rest of his pit crew is. Conway tells him that they’re all celebrating at the winner’s circle. When Korman informs Conway that the race hasn’t ended yet, Conway gives a slow look of shock.

Conway then attempts to fix up Korman’s car while Korman grows flustered. This leads to a hilarious scene where Conway struggles to open the car’s hood and becomes trapped under it.

After fumbling with his false teeth, Conway then attempts to change the oil. When Korman insults him, however, a distracted Conway spills oil all over himself. 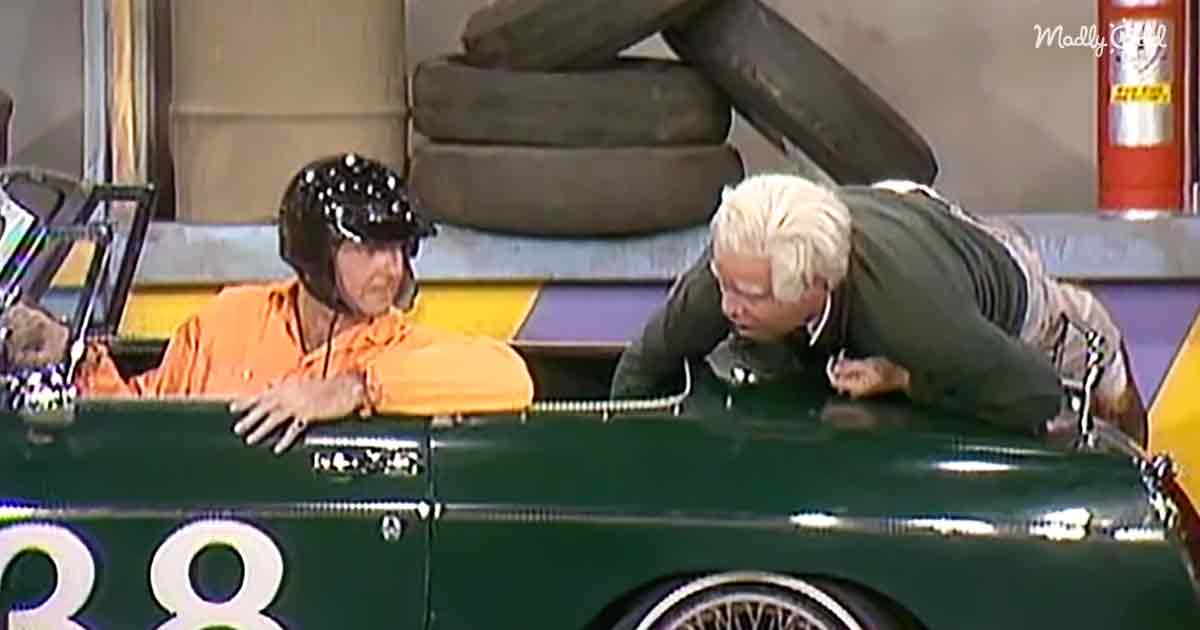 Korman attempts to drive off but Conway ends up being hit by the car. Conway’s tumble across the car is ridiculously slow, falling all over Korman to get to the back of the car.

An angry Korman shouts to Conway that he’s lost the race. Conway replies ‘Must’ve spent too much time in the pit.’

Tim Conway has appeared in a number of comedy shows such as ‘The Steve Allen Show’ and ‘McHale’s Navy.’ He would be a regular actor on ‘The Carol Burnett Show’ and play a number of comical characters.

Harvey Korman was also a regular player on ‘The Carol Burnett Show.’ He appeared in a number of TV comedies but in the Mel Brooks comedies movies of ‘Blazing Saddles’ and ‘High Anxiety.’