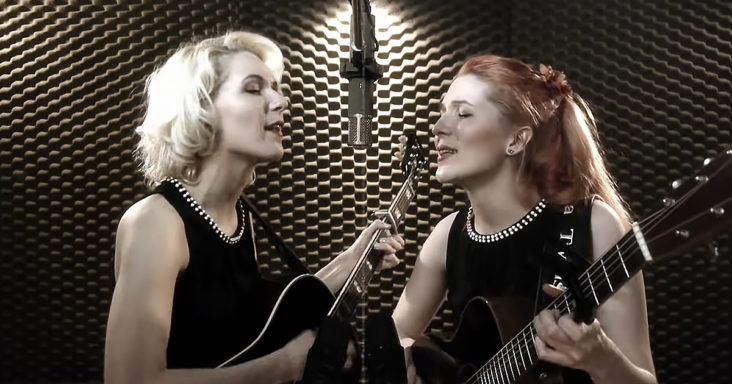 Groups have been covering popular songs forever, but the MonaLisa Twins have got it down to an art! Their cover of The Beatles’ hit song “When I’m Sixty-Four” is spectacular! 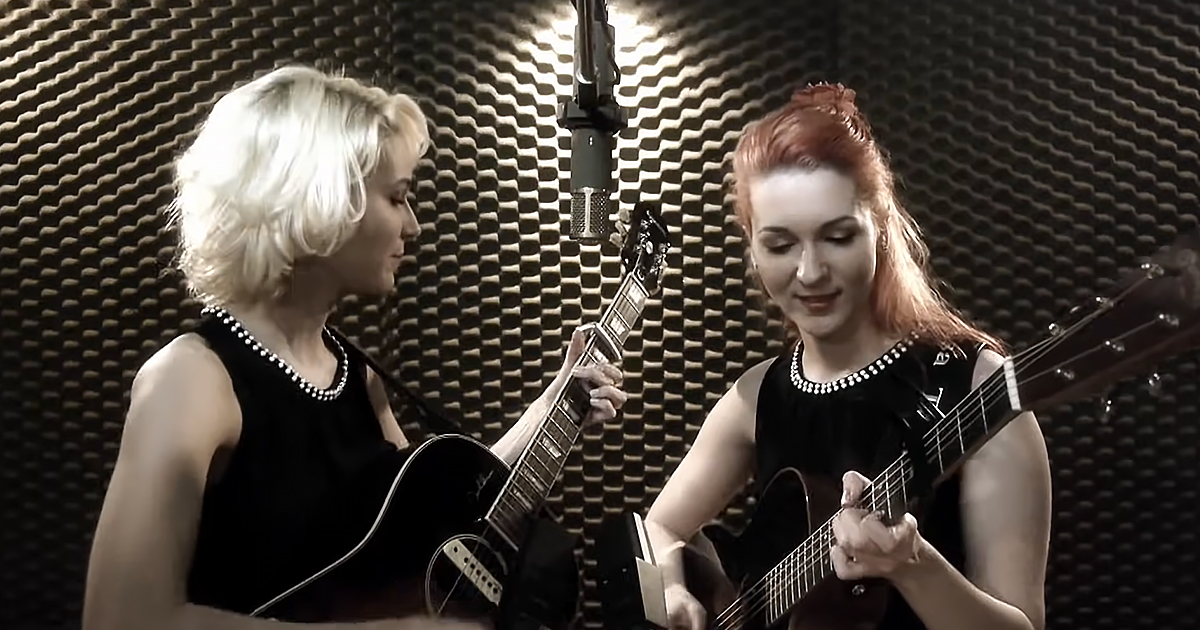 The duo from the United Kingdom has been singing this hit pop song at all of their live performances and decided to make a studio recording. We are sure glad they did!

This fantastic video is artfully made with a grainy old-filmlike filter. The Twins have dressed alike in simple, classy black dresses, with one sporting her signature red hair and the other blonde. 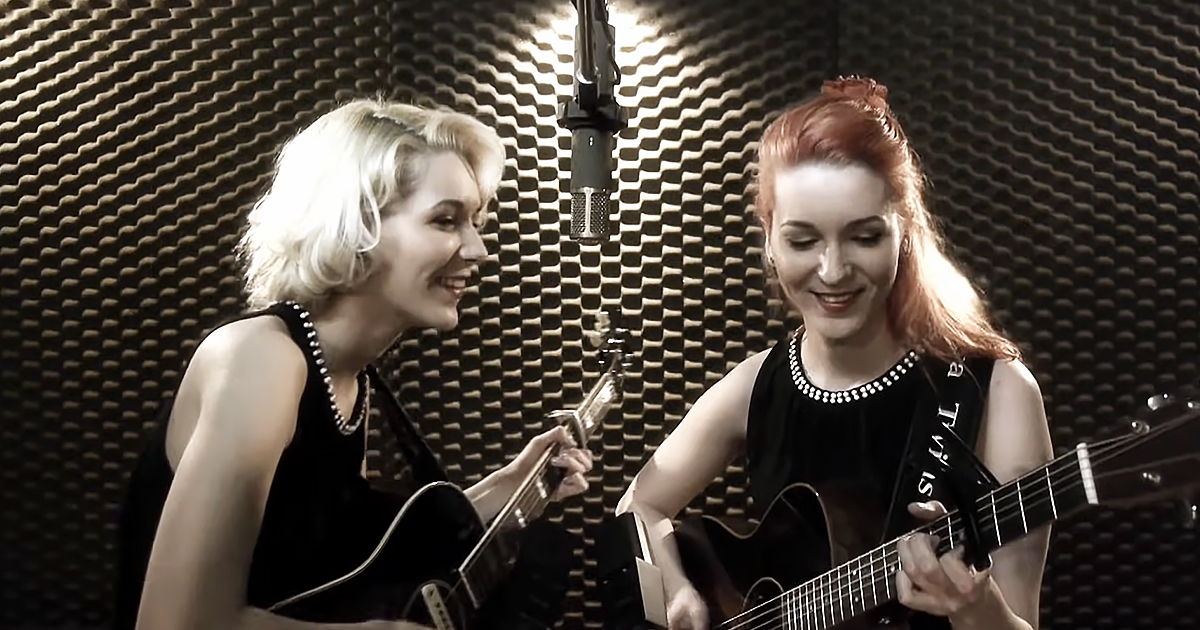 Accompanied by their acoustic guitars, Mona and Lisa put their own fun and peppy spin on the Beatles song. With their combined talent, these two truly make the song their own.

They love performing this song and comment on how amazing it is that Paul McCartney wrote it at sixteen. They only hope to be half as successful as he was at sixty-four! 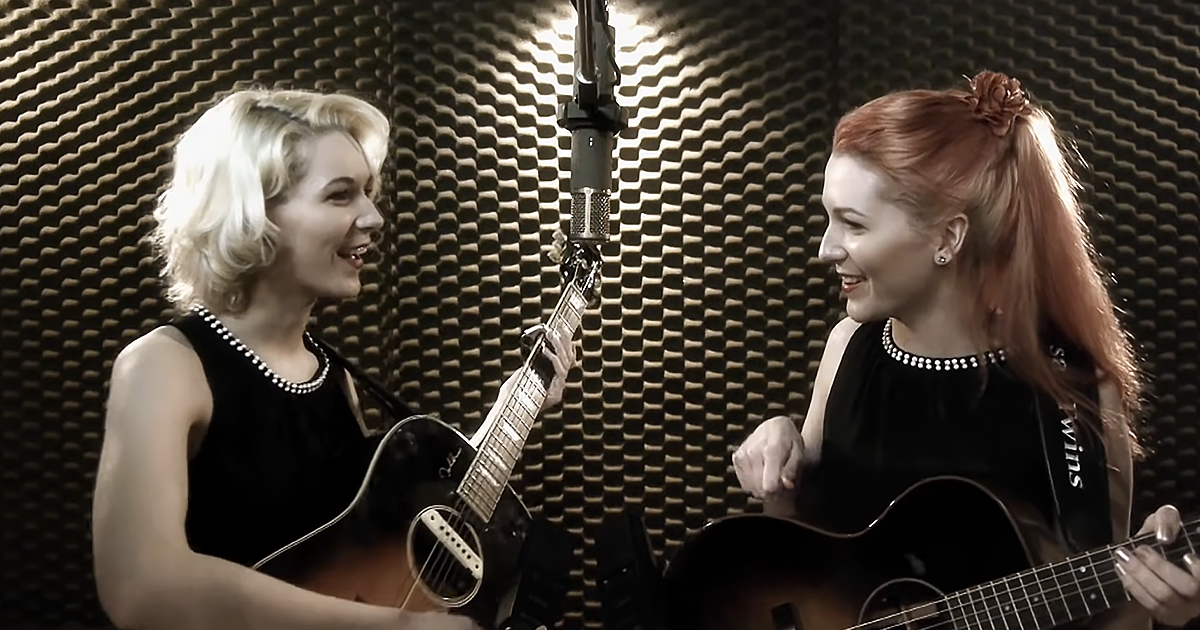 The MonaLisa Twins have a positive vibe that it is impossible to just sit and listen to their music. You will find yourself moving to the beat in no time!

The MonaLisa Twins did such a great job with their cover of “When I’m Sixty-Four” that we can’t wait to see what other Beatles songs they have up their sleeves!