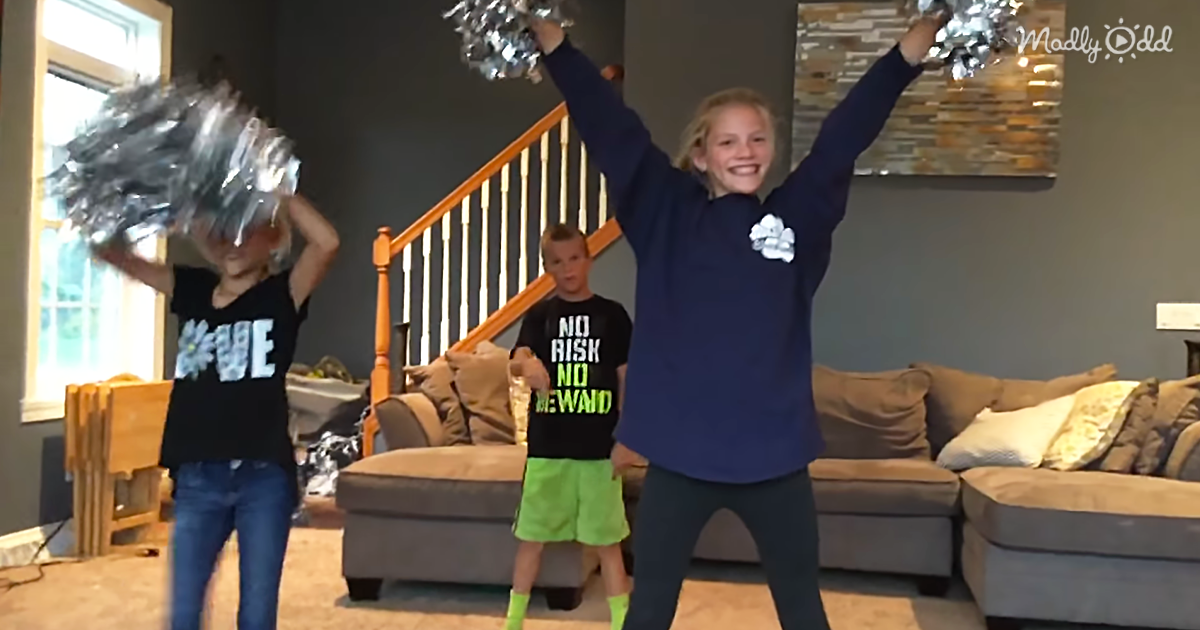 Siblings are siblings, but every once in awhile, a little brother or sister just ends up being too much. That’s exactly what happens in this video where a little brother dance bombs his sisters’ ever-so-serious dance routine. Just like seasoned professionals, the two girls push through without once even dropping their smiles.

Their pose starts off pride and silver pom-poms ready aside their sides. This is a cheer that they’re trying their best to get right. That’s why these two sisters asked their mom to record them so that they could watch their dance and look for areas to improve.

They should have known better than presumably putting their little brother in charge of the sound. As you can see, the mischievous little man is definitely doing far more than cueing up their song. It’s just moments into Fitz and the Tantrum’s song ‘HandClap’ that we see this boy come dancing into the frame – he’s not supposed to be a part of the cheer!

It takes quite a few dance moves before these two dedicated cheerleaders even notice that he’s messing with their shot. With antics like playing bongo drums on his butt, a mocking air guitar, and even an imaginary trumpet solo, they eventually catch on but do a great job of keeping composure.

With his bold T-shirt printed with ‘No Risk, No Reward’, this naughty little brother pulls of a video bomb prank that sealed their place in history as a viral internet sensation. Two sisters overshadowed by their brother’s epic moves wouldn’t be half as funny if the little monster was terrorizing you. For now, we can all laugh our heads off! 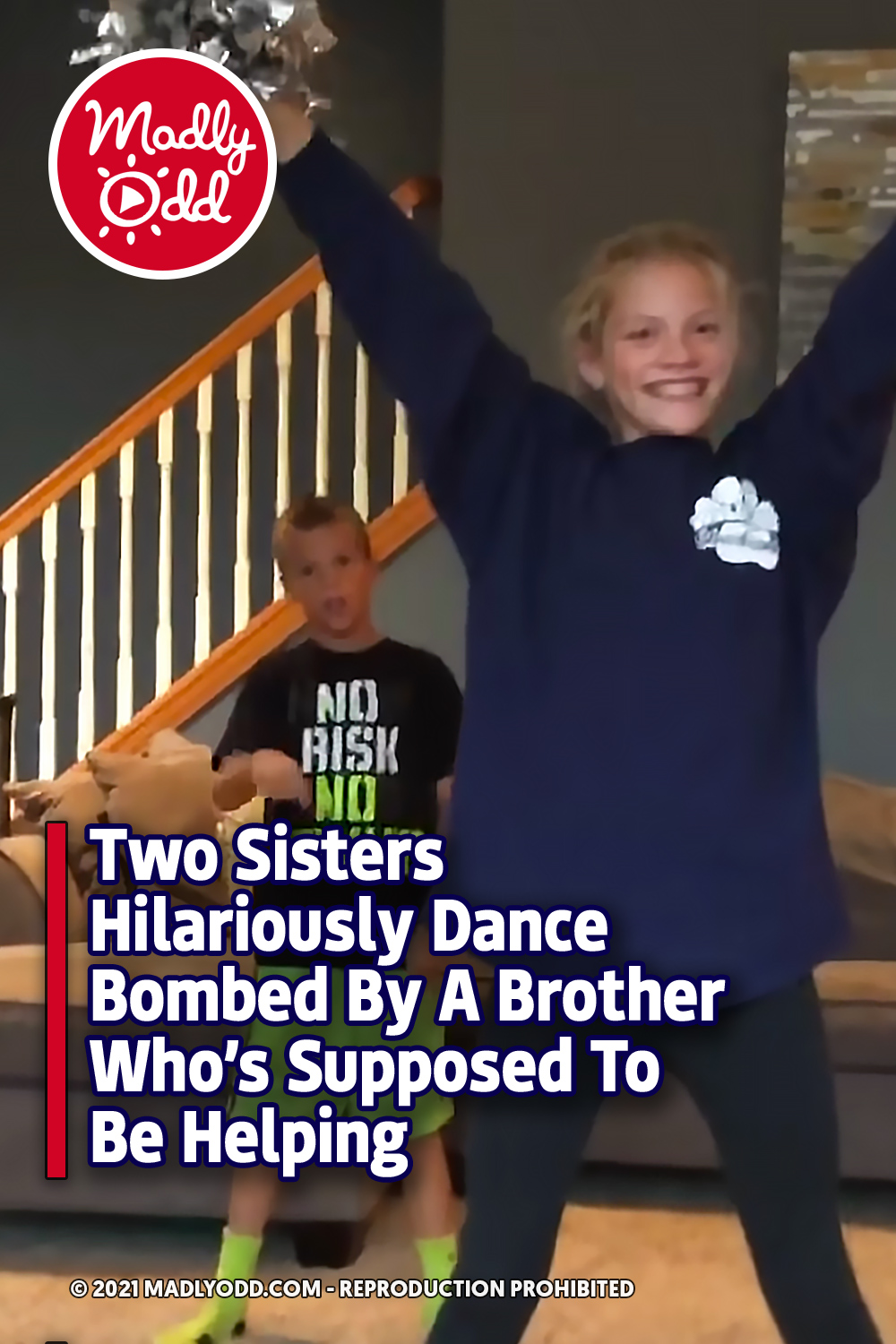