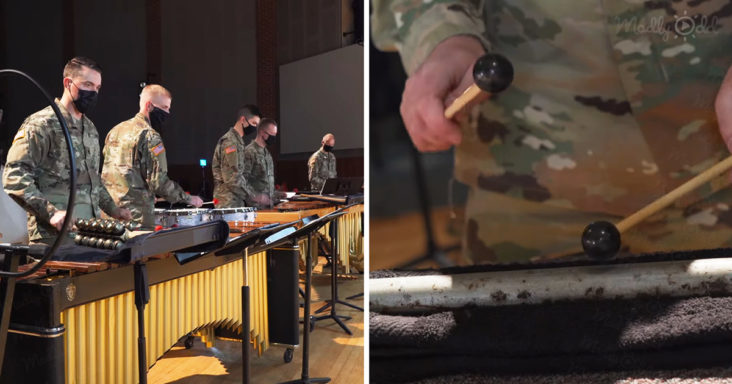 The piece was composed in the mid-1930s by American composer John Cage who is known for revolutionizing the percussion ensembles of the mid-1930s, bringing percussionists center stage instead of tucked behind the orchestra.

Of his original piece, Staff Sgt. Brian Blume writes, “Cage’s work has no doubt had an influence on my composition. Just the idea of creating percussion instruments and musical sounds from pretty much anything.” 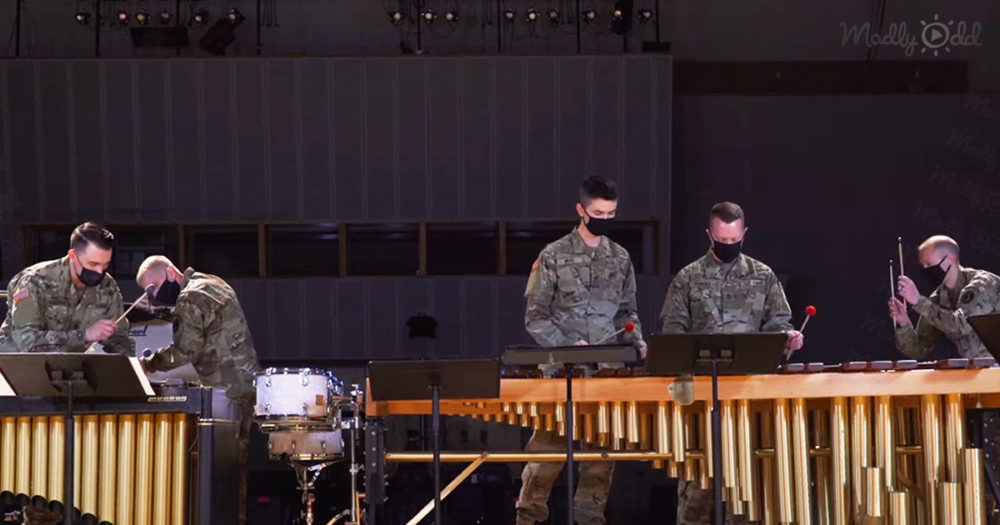 The piece uses industrial equipment, starting off with a groove played on a piece of pipe. It also bridges the gap between the audiences of the early 20th century and those of today with catchy rhythms and contemporary sounds.

According to their website, “The United States Army Band “Pershing’s Own” provides musical support for the leadership of the United States, to include all branches of government, and to a broad spectrum of national and international events in order to connect the Army to the American people.”

It was founded in 1922 by Army Chief of Staff General of the Armies John J. “Black Jack” Pershing. He was inspired by the European military bands he had come across during the first world war.

Pershing’s Own performs free public concerts throughout the year, including during the summer months on the West Steps of the U.S. Capitol and in area parks in the region.