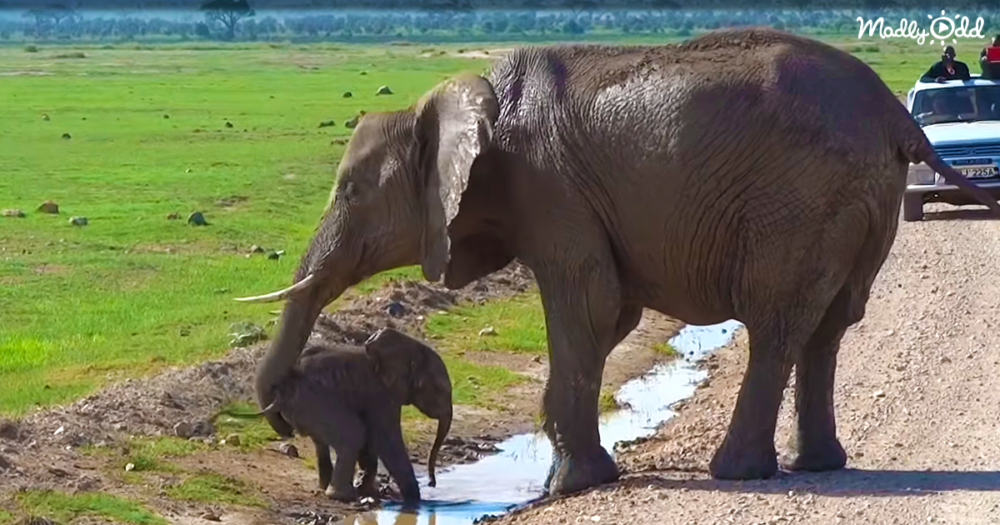 “In this movie, a young elephant gets some help from his mother as he tries to cross a stream, probably for the first time in his life.

The tiny elephant looks to be about the size of a German shepherd, which is small for an elephant. The baby and his mother are traveling with other elephants in a herd. There are perhaps ten other elephants in the crowd, including adults and juveniles, and they all cross the narrow, muddy stream with no problem.

The little elephant keeps trying to cross the stream, then turning back around. The mother stays by his side, even though she could cross the shallow creek at any time. She knows her son can do it, and she also knows he will have to get used to crossing streams and larger rivers. 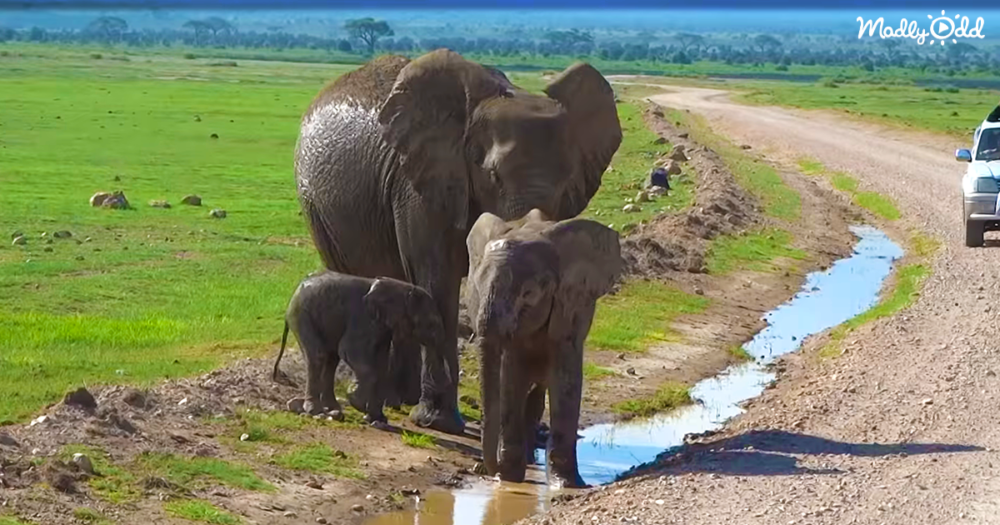 The mother tries to nudging the young elephant, but he still will not budge. Most mothers know all too well what it’s like when a child stubbornly refuses to do something meaningful. Was the baby scared, or did he prefer the side of the river he was on? Did he think something would happen to him if he went in the water?

Although the stream in the video is tiny, really not much more than a roadside ditch, elephants living in the wild and on preserves do have to cross more dangerous bodies of water. In 2014, at a conservancy in Kenya, a herd of elephants crossed Ewaso Nyiro River in Kenya after heavy rain.

A young elephant, about the same size as the one in this video, was swept away and then became pinned against a rock formation. Elephants who had already crossed the river worked as a team to rescue the baby. Elephants are social animals and are very protective of each other. 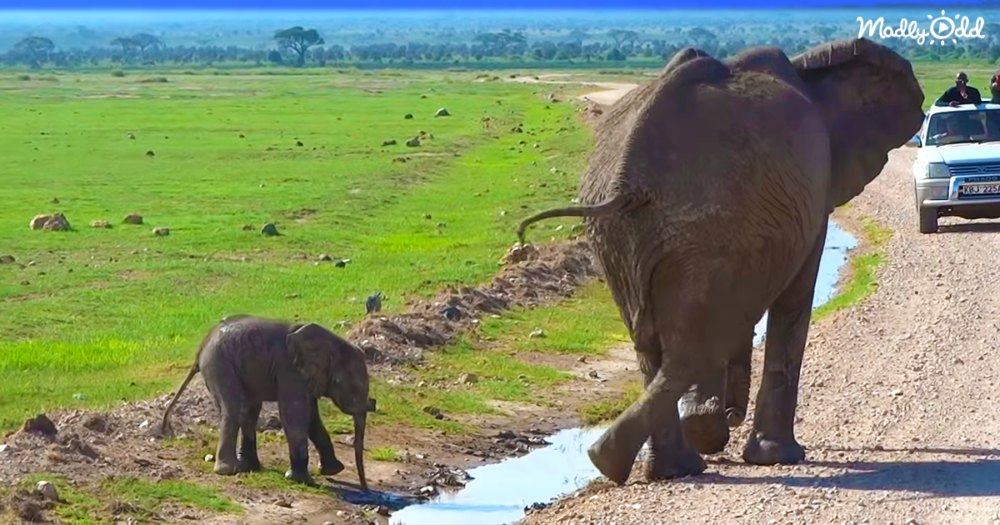 In this video, the mother is remarkably patient with her calf. She never tries to force him across, and her body language never shows anger or frustration. She stays with him, gently urging him to cross so they can go on with the rest of the herd.

Finally, after what seems like an eternity, the elephant does cross. It is impossible to see exactly how he accomplishes that because the camera angle changes. We know the inside of a vehicle, its door, and part of the road. As Elena Silina, the woman who filmed the scene, explains, she and her companions had to move because the elephants turned in their direction. When the camera goes back to where it was, the little elephant is on his way across the dirt road after navigating the stream.

This is a cute video, and also a reminder of how important it is to be patient and never give up. The mother couldn’t force her calf to do anything, but she knew losing her temper would not help. She certainly was not going to leave him, because that would be unacceptable behavior for an elephant. It is a happy ending, and we are grateful for Elena Silina who was there to film this candid moment in the life of an elephant herd.”