Most people know of someone who has a seeing eye dog.  It’s not that uncommon anymore.  Dogs are a tremendous physical and emotional help to those who need assistance due to physical limitations.  Dogs can be trained to not only help a blind person walk, but also open doors, retrieve items, and many other daily tasks.

Voted the most popular dog breed for the 28th year, Golden Retrievers are often used for emotional support animals or service animals.  However, this specific video is about a seeing eye dog – well, a puppy right now – for another dog.  Yes, you read that right.  This sweet Golden Retriever was lucky enough to get his own tiny assistance dog.

Adam Stipe of Mooresville, North Carolina has had his golden retriever, Charlie, since he was a puppy.  Sadly, in 2016, Charlie had to have an eye removed due to glaucoma-related pain.  Then, in 2017, Charlie started having pain and discomfort in his remaining eye. Adam and his wife, Chelsea, knew the eye would have to be removed.  Despite being a very expensive surgery, the Stipes emptied their retirement plan to take care of their beloved pet.

Now going on eleven-years-old, Charlie has adapted pretty well to the loss of both his eyes.  While he still loved his walks and playtime, Adam and Chelsea noticed that his “spark” was gone.  The couple decided to add a puppy to their family.  They had two reasons: they wanted a puppy to grow up with their newborn son, and they wanted a companion for Charlie.

On New Year’s Day 2019, the Stipes brought home puppy Maverick.  As any dog does with a new addition, Charlie had to get used to this new pup in his space, but Charlie and Maverick soon became best friends.

Chelsea started to notice something special about their new puppy Maverick.  During playtime, Maverick would figure out that Charlie couldn’t see the toy, so he would bring the toy back to the older dog so they could continue playing together.

Even when they were out for walks, Maverick would stay very close to Charlie’s side and “help” him walk.  The Stipes decided to share the bond and fun times these two had together, so they made the dogs their own Instagram account and started sharing pictures and videos.   Maverick and Charlie were instant hits and received more than 20,000 followers in the first day alone.

The antics of these two famous dogs are so much fun to watch.  The bond they share is much stronger than just companions – they are now family — what a sweet story about the friendship these two dogs have. 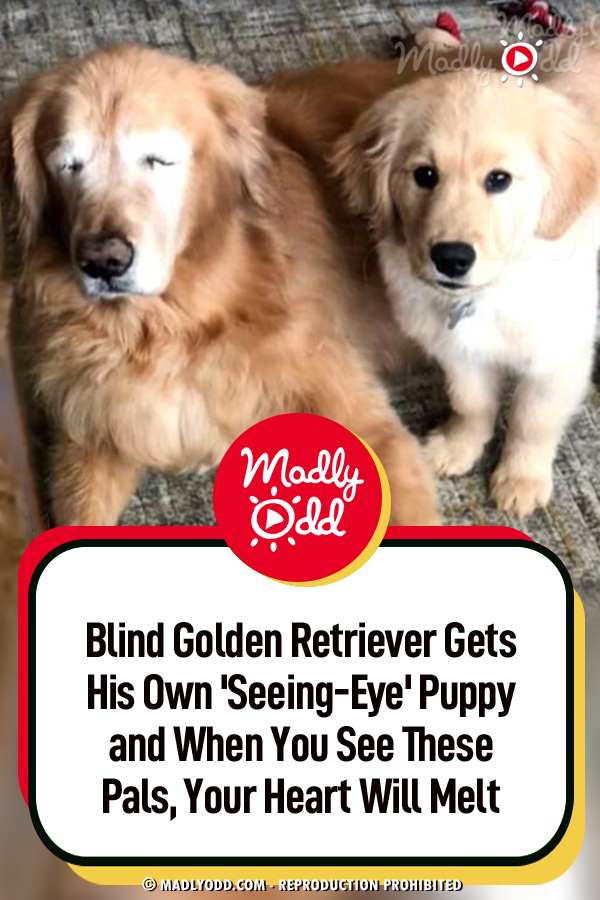