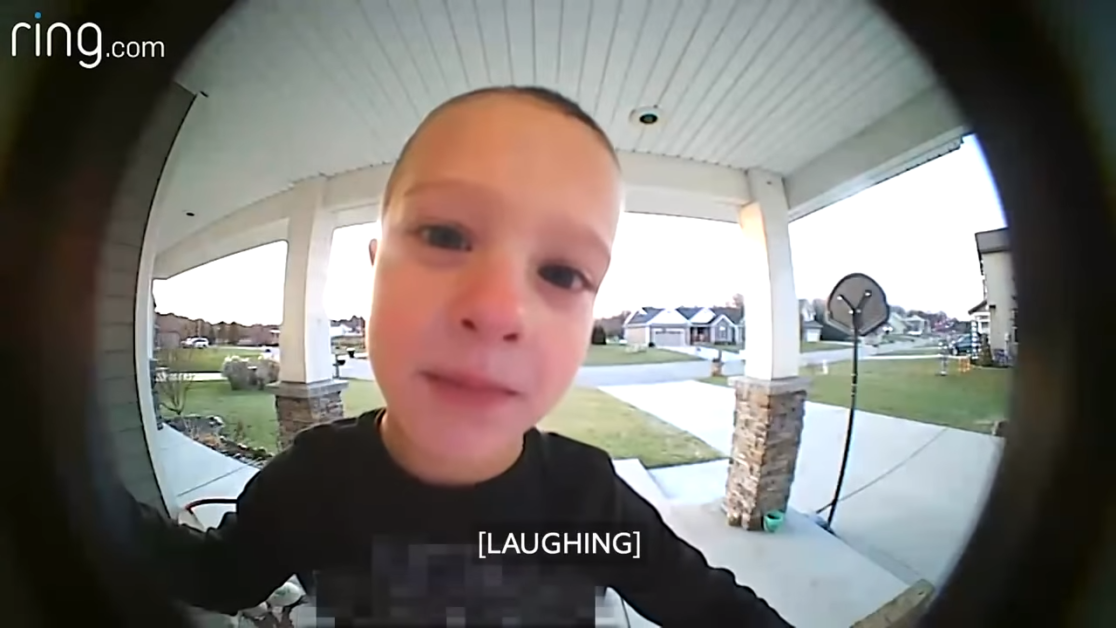 Kids are much smarter than we give them credit for sometimes.  They may not know the things a college graduate knows, but they are constantly learning and soaking up information.  So, when a kid comes across a situation he can’t figure out, he draws on the knowledge he already has or what he’s seen adults do in a similar situation.

This is the case with “Baby Gracie” in Michigan.  One day, he and his mom were at a neighbor’s house when he wanted to go home.  His mom wasn’t quite ready yet, so she let him head back home alone, since she would be joining him in a minute or two.  With instructions to turn on the tv and watch the kids’ channel when he got home, the young boy headed off. 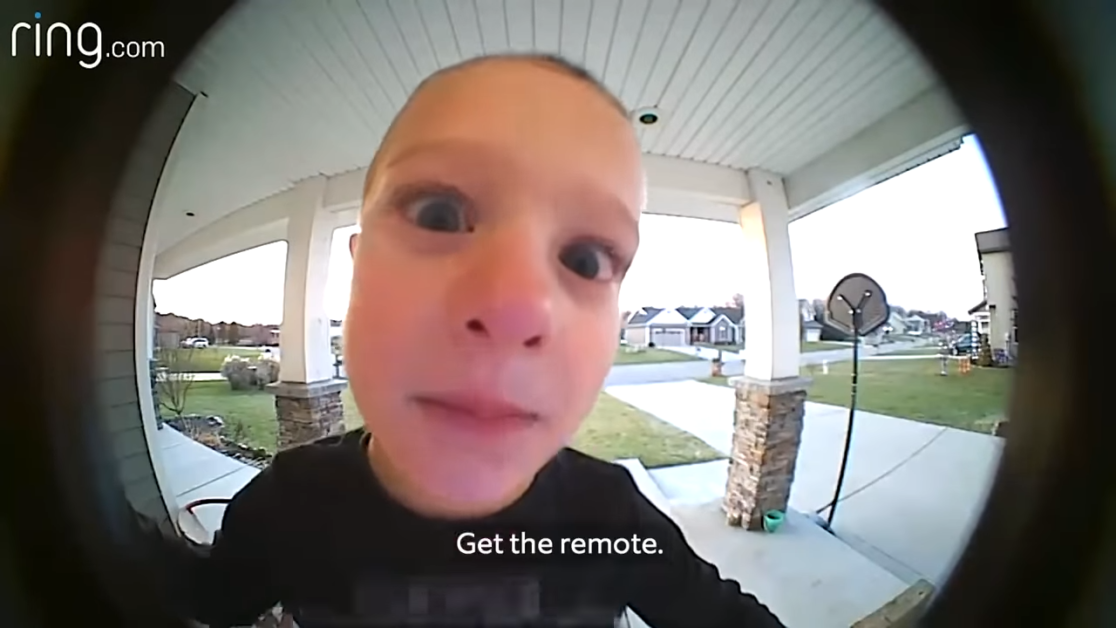 When he got home, however, he realized that he couldn’t remember the number of the kids’ channel.  Instead of going back over to the neighbor’s house to ask him mom, he figured out a better way.  He cleverly headed out to the front porch.

The family had the Ring doorbell service technology installed on their front door.  It can detect someone at the door and send a notification to the owner’s smartphone.  Live video and audio feed are then available to view and speak with the person at the door.

Baby Gracie knew that if he stood in front of the doorbell device, that it would notify his dad. Just like he thought, his dad received a notification hat movement was detected at the front door.  He then starts shouting, “Dad? Dad!?”

His dad obviously responds, wondering what emergency could be prompting his son to use the doorbell service.  The look on the boy’s face after he hears his father’s voice respond is just so cute.  Baby Gracie asks the big question, “How do you turn on the kids’ channel? In the house. Do you know, Dad?”

Barely able to contain his amusement, the boy’s dad attempts to help him figure it out.  Thousands of people have watched the exchange between the father and son.  The video has over 200,000 views on Facebook alone.  After their conversation is over, Baby Gracie gives the doorbell camera several huge kisses.

This conversation between Baby Gracie and his dad is going to crack you up.  Even though the conversation itself is hilarious, it is so sweet to see the obvious love that Baby Gracie has for his dad – especially when he helps him figure out the channels on the tv.

If you liked this wonderful story Gracie and his dad, then share it with a friend and pass that smile around!