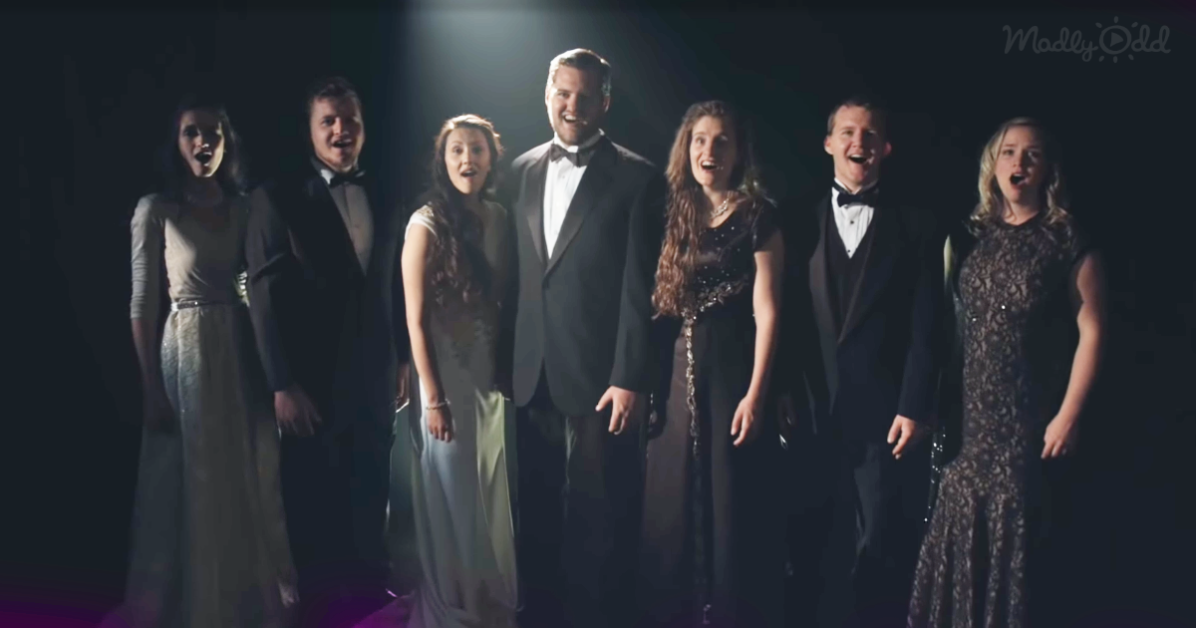 From the living room to the world stage.

When a large family from Utah got together to record a special Mother’s Day gift for the matriarch of the family, no would have remotely thought that it would turn into a viral hit.  The LeBaron family gathered in the living room and sang along to the karaoke track of “One Day More” from the musical Les Misérables.”

Dennise LeBaron, mother of the large family, only wanted one thing for Mother’s Day that year – for the family to record a video of them all singing together.  Jordan LeBaron, the oldest son, thought he wanted to share the video on his Facebook page.

Never in a million years did they ever think that their simple, home video would become as popular as it did.  In just over a week, their informal family recording was viewed more than 9 million times!

Even though most of the LeBaron family adults have music degrees and professional training, they had no idea they would receive so much media attention.  They were asked to make an appearance on Good Morning America and have been bombarded with requests for a reality show or what their next song selection should be.

In an interview, Angela LeBaron spoke about all of the attention: “There were a lot of emotions…it was really overwhelming because we had a lot of attention…We [thought], ‘Well, I guess we have a group!’”

The five siblings and three spouses had a lot of work to do.  After tons of preparation, raising funds, and finding the right contacts, the LeBarons started their first professionally-filmed and recorded music video.  They chose a medley of songs from the beloved opera Phantom of the Opera and premiered it on YouTube on October 22, 2018.

The video is set with a traditional Phantom of the Opera-style theme – dim stage lighting, candles, and the LeBarons dressed in formal dresses and tuxedos.  It’s incredible that this much talent is all in one family.  From the baritones to the highest sopranos, every member of the group was exceptional and sang to perfection.  Their harmonies at the end of the melody will absolutely give you goosebumps.

“People have high expectations for the ‘Phantom,’ but I think this will end up being a fan favorite,” McGraw said in a press release. “The vocal talent, and all in one family, is breathtaking.”

While the LeBarons love music and their new-found fame, they want to focus most of the attention on the fact that music can bind a family – and all people – closer to each other and create a common bond.  Music is such a powerful tool, and it’s great to see the LeBaron family using it for good.

“We just want to … do it as a hobby and then if it goes somewhere, great, and if not, then great,” LeBaron said. “We’re doing what we love (and) I feel like it’s really fun.”

If you like the LeBaron Family’s video, share it. You’ll also like: Musically-Blessed Family Delivers a STUNNING Rendition of “One Day More” from Les Misérables. Treat yourself to an encore performance before you go.